Is that a Megalodon? Massive Shark Spotted Off Massachusetts Coast

Mammoth extinct shark? Well, no. But it is one enormous specimen nonetheless 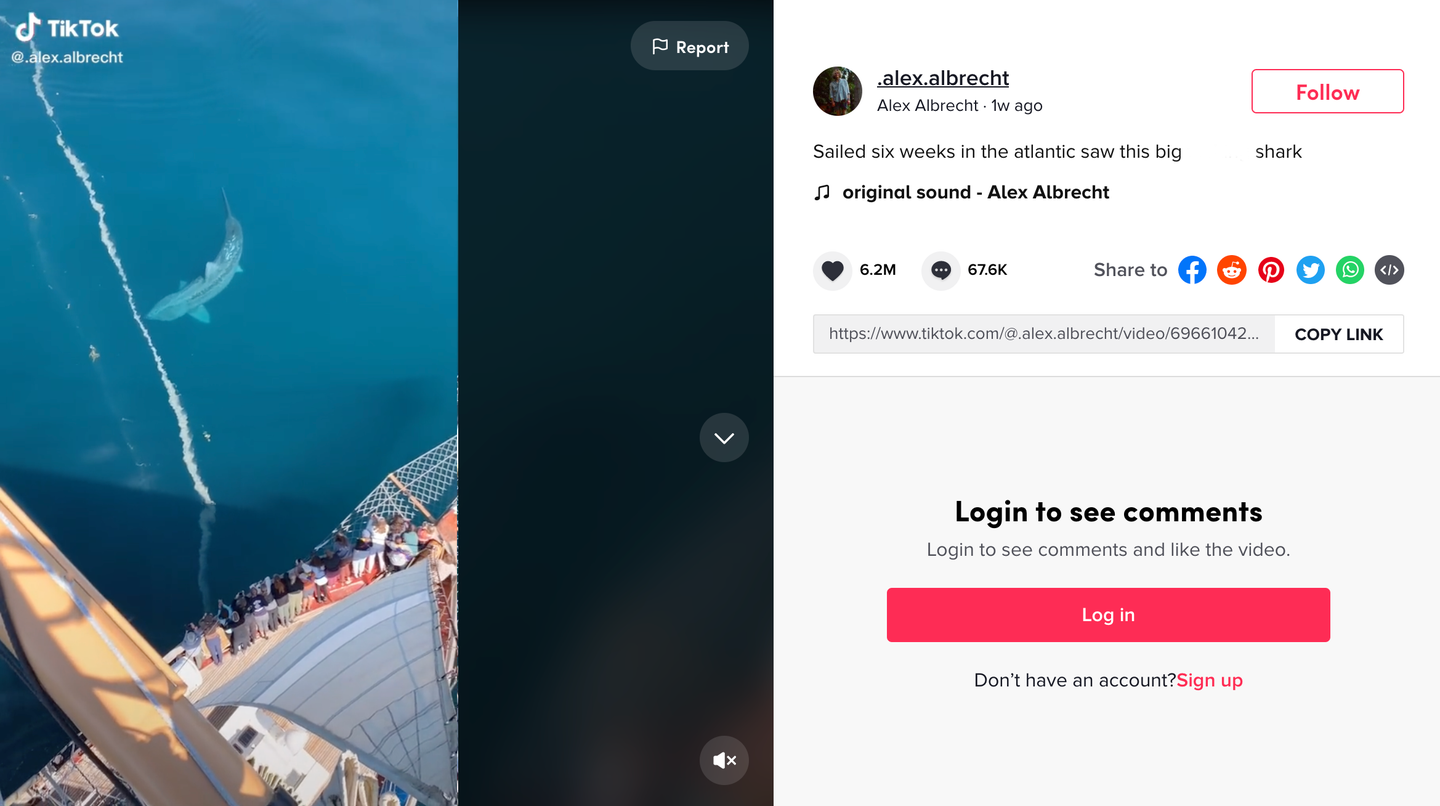 A massive shark spotted off the coast of Massachusetts has been identified as a nurse shark. Alex Albrecht
SHARE

The water is warming up, and that means it’s shark season. The first known sighting of a truly enormous shark took place a week ago off the coast of Massachusetts.

Alex Albrecht, a marine biodiversity student and musician shot video of the giant shark from the mast of the SSV Corwith Cramer more than 100 miles off of the coast near Woods Hole. It’s an incredible video to watch (just keep in mind, for those with sensitive ears, that there is an F-bomb in the middle of it), and the footage has created a stir on social media. Initially, there was talk that the beast could be a megalodon, an extinct shark famous for being the largest ever to inhabit Earth. Scientists believe that megalodons ranged between 50 and 59 feet in length. These huge sharks disappeared 3.6 million years ago, but here’s the thing: With recent coelacanth catches off of Madagascar, and the coelacanth being another prehistoric fish, there is increased speculation that it may be possible to now find a megalodon.

Alas, it was a basking shark. Basking sharks can grow up to 26 feet in length, are harmless, and are filter feeders, feasting on zooplankton. More than 36 million people saw Albrecht’s TikToc video, and now they know something about basking sharks. “I’m so grateful to be able to share such a wonderful creature with so many people,” Albrecht said. “I hope it makes people want to protect and conserve biodiversity in our oceans.”