When it's python mating season in Australia, anything can happen 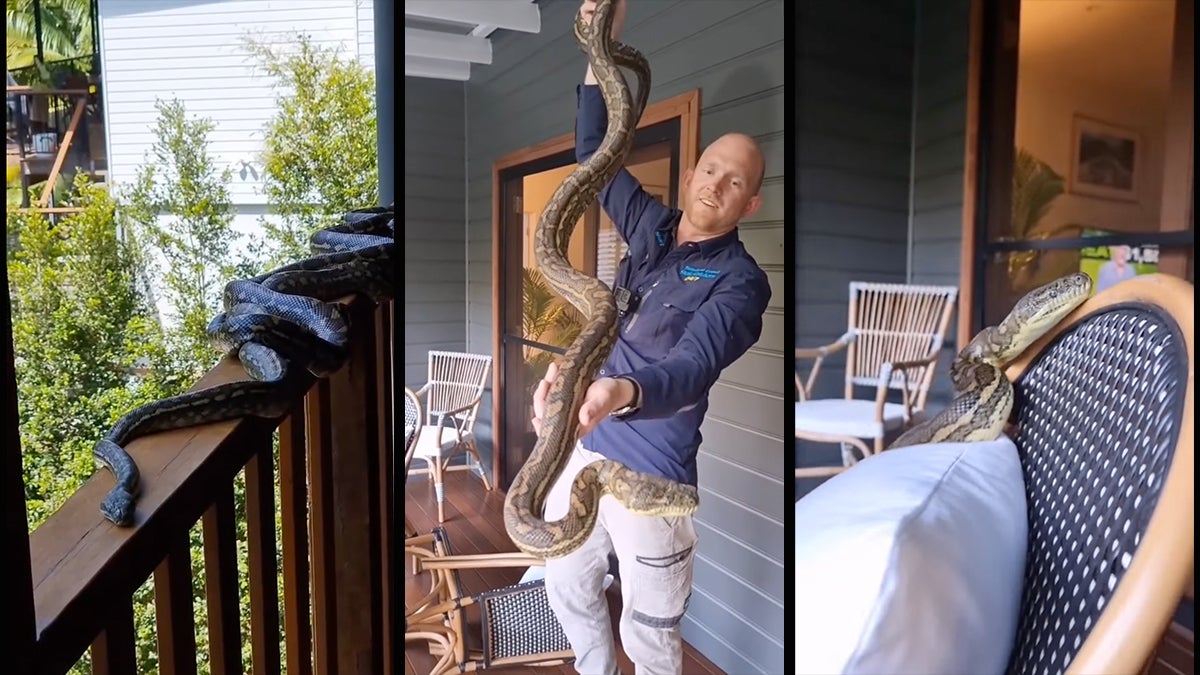 It’s snake mating season in Queensland, Australia, and business has been good this year for Stuart McKenzie, from Sunshine Coast Snake Catchers 24/7. Recently, he was called to remove two pythons mating on a house’s backyard deck near Buderim. The intertwined snakes were carpet pythons, which can measure up to 13 feet and weigh 33 lbs. In case, you’re wondering, that’s a big snake. Bear in mind that there were two of them and that mating snakes generally don’t appreciate being disturbed in the act. Males especially are known to become aggressive when looking for a mate. But McKenzie, being a proper Aussie, apologized to the snakes for interrupting and put the pair in a bag. He then returned the lovers to the rainforest which surrounds the house.

Four hours later, he was called back to the same house. Another carpet python had been discovered on the same deck. McKenzie figured it must be a male, since females in heat deposit scent to make it easier for males to find them.

“This is another male thinking he can get a bit lucky with the female,” he explains matter of factly to the camera in a Facebook Video. Then he addresses the snake. “Unfortunately, buddy, they’re already gone.” He explains that the male is “very active” but is destined to be frustrated because the female “shifted off with another bloke.”

But that’s not the end of the video. McKenzie finds a fourth carpet python on the porch close by. “Holy duly,” exclaims McKenzie when he sees the snake. “An absolute whopper.” The snake is a good nine feet long. “This is one of the biggest snakes I’ve ever seen in Buderim,” he says.

The striking thing is that he approaches the snake, and touches it rather gingerly to test its temperament. Finding that it’s not especially aggressive, he simply picks it up in his arms. “Don’t bite, now,” he says to the snake. And carries it back to the rainforest.

No word on whether McKenzie has been called back since. But the rainforest surrounding the house sure seems to be full of snakes.