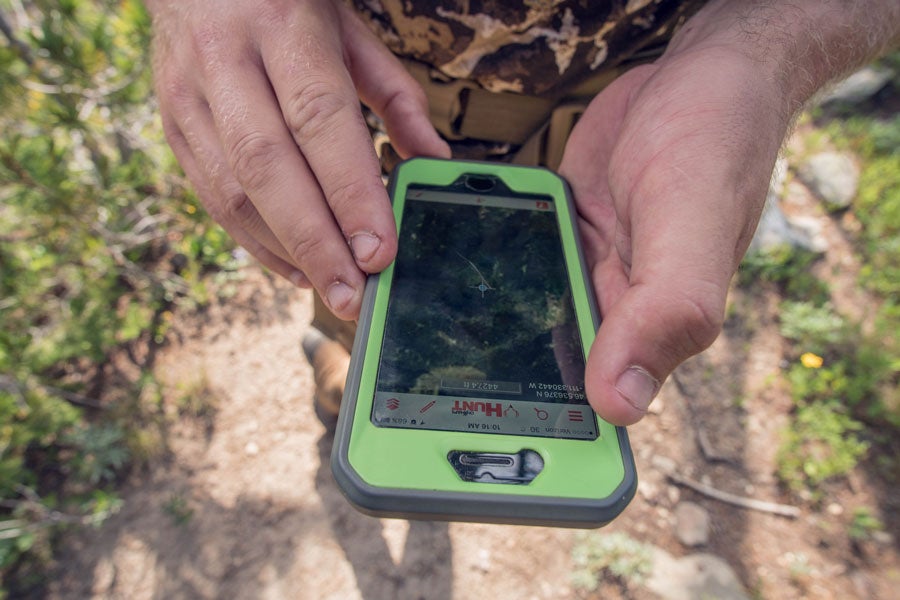 Public land access will become much easier for hunters and anglers if the MAPLand Act is passed. TRCP/Rick Hutton
SHARE

On July 14, the United States House of Representatives Natural Resources Committee unanimously passed a bipartisan bill that has the potential to benefit hunters and anglers all over the country. The Modernizing Access to our Public Land Act, which is often abbreviated as the MAPLand Act, would make information, like access points and permissible-use regulations, on federal public lands available digitally. The bill now goes to the full chamber of the House of Representatives for consideration.

“Digitizing America’s public land records and making them available online is not only common sense and overdue, it will make recreating on our public lands infinitely easier,” says one of the act’s sponsors, Senator Jim Risch of Idaho, in a press release.

The act has the backing of several key conservation organizations in the hunting and angling communities, including the Theodore Roosevelt Conservation Partnership (TRCP), which argues the current system of public land information is antiquated.

“Without a doubt, the loss of access is one of the most pressing issues facing today’s hunters and anglers,” says Whit Fosburgh, president and CEO of TRCP. “We thank the members of the committee for supporting this legislation, which has become a top-line priority for hunters and anglers across the country. Sportsmen and sportswomen are counting on the House to bring this bill to an expeditious vote so that this important work can begin as soon as possible.”

Many public-land access opportunities are currently distributed by state game agencies in paper format. If you’ve spent any time hunting public lands, you’re likely familiar with these paper brochures. While many experienced outdoorsmen have adapted to using them, they need to be physically acquired each year in many states, and it can be difficult to compare access changes year-over-year. They also typically focus only on one type of public-land access at a time, such as walk-in units or national forest land, which requires most sportsmen to sift through multiple print booklets to find the best opportunities. This means that some outdoorsmen are likely missing out on good public-land opportunities because they don’t have the latest information, especially novice hunters and anglers.

What exactly would the MAPLand Act do?

If enacted, the bill would direct federal agencies to consolidate, digitize, and make public-recreational-access information available online. The type of information included in this directive would include legal easements and rights-of-way access across private lands, up-to-date vehicle transportation restrictions and road closures, boundaries of areas where special rules apply for hunting and shooting, and watercraft restrictions on public waters. The bill would also allocate much-needed funding to public-land management agencies to help make this a reality.

“The No. 1 reason for hunter decline in the U.S. is insufficient public access and quality hunting opportunities,” says Land Tawney, president and CEO of Backcountry Hunters & Anglers. “The need to modernize our mapping system is urgent from an access standpoint for hunters and anglers but also critical for improving management of our public lands and waters and developing better data and science for understanding things like migration corridors.”

Having a comprehensive record of rights-of-way agreements is also especially noteworthy because it would allow agencies to better identify public lands that lack access because of private land—and to secure new access agreements.

GPS mapping software companies, such as onX Hunt, support the measure because it would give them better access to the latest information on public lands. Today’s forced reliance on print records can lead to inaccuracies and information lags on GPS-based apps when access is changed. The bill would also make the convenience of GPS mapping information more accessible to those that do not want to shell out for subscription-based service.

“After spending over a decade gathering recreation information for our customers and making it easily discoverable, we continue to find valuable recreation information that exists only on paper,” says onX Founder Eric Siegfried. “The data need to be complete, easy to find, and easy to use for the public to fully understand the recreation opportunities available to them.”

The MAPLand Act has been in political purgatory for over a year now. A version of the bill was introduced to the U.S. in March of 2020, before it fell to the wayside. It was reintroduced this May, and the bill’s backers hope for a timely vote in the next couple of months.