The wild turkey keeps attacking people in the D.C. area and is still at large 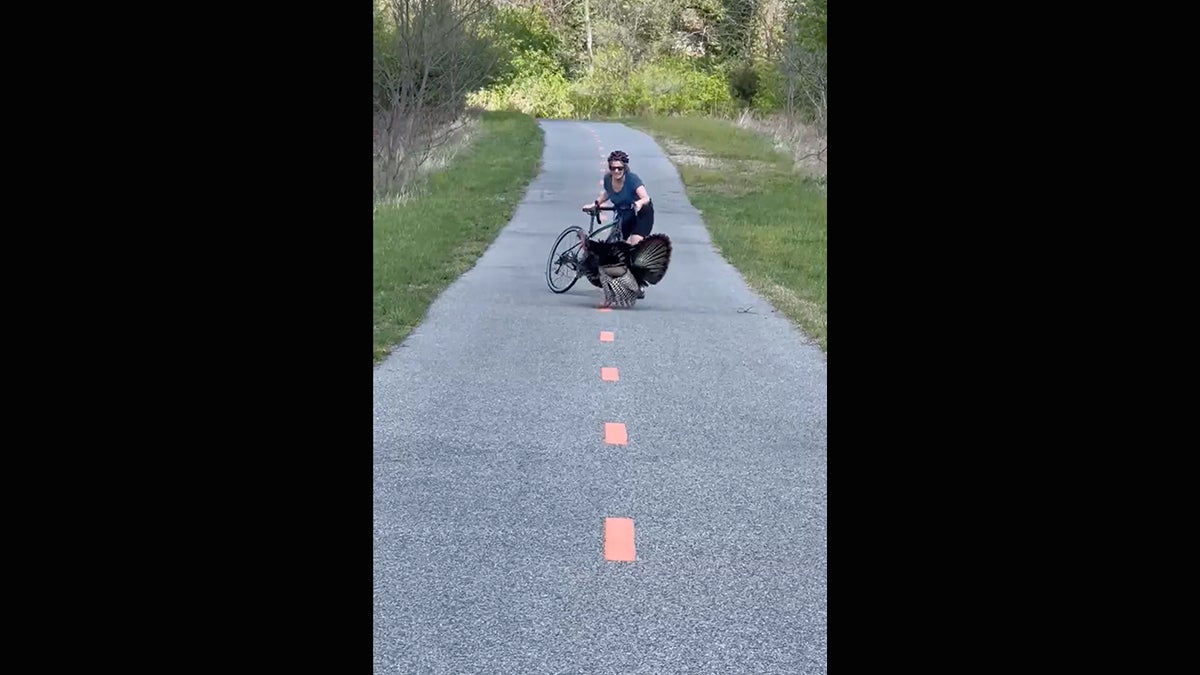 The short Twitter video of a bicyclist fending off a wild turkey along the Anacostia River in downtown Washington, D.C., is a masterpiece of cinematic compression, encompassing two major themes. One is the very modern phenomenon of wildlife invading urban areas, losing their fear of humans, and attacking them without remorse. The other is the age-old tension between the sexes.

What we see is a confrontation between a tom wild turkey and a woman, who is carefully keeping her bike between the bird and herself on a bike path. Her companion—breathing heavily, as if flooded with adrenaline—is filming the encounter on his phone from a distance best categorized as “safe.” He does attempt to verbally intimidate the bird, shouting “Get away from her!” and “Get away!” This works about as well as you would expect. Then he turns the camera on himself. It’s hard to say why exactly, but his expression is priceless. He cannot believe this is happening to him. “Goddam wild turkey, man!” he explains.

He continues filming the standoff. By this time, the woman is in a low crouch, like a boxer fending off a stronger opponent. The turkey is not backing down an inch. Finally, in the final seconds of the clip, the woman can be heard saying, “Can you help?”

Ok this is insane …

After our story aired last night about a wild turkey attacking people on the Anacostia Riverwalk Trail in DC, @DeDefolarin of the incredible @REWickedestBand sent me this video of a turkey attack he shot earlier this month. Never seen anything like this!! pic.twitter.com/L6HcyolK5u

It’s hard to say what the turkey is after, but it has apparently been terrorizing people since November and is getting more aggressive all the time. A 70-year-old retired court services employee named Mr. Robinson was attacked in the same area three weeks ago. “I was trying to get away from him and he came after me. He wouldn’t let me pass,” he told the Wall Street Journal.

A woman named Lucinda Fleeson said, “I tried to get around him and he lunged at me, so I turned around to run and he lunged again and pecked me on my butt.”

This being D.C., there are now a number of agencies involved in the case. The National Park Service has put up warning signs along the path. Also involved are the D.C. Department of Energy and the Environment, and the Humane Rescue Alliance. Then—because the bird was spotted crossing the river into Maryland—the Prince George’s County Parks and Recreation Department and the Maryland Department of Natural Resources got involved. So far, neither the FBI nor the National Guard has been called in. But this is D.C., folks. Anything could happen.