Police say there may still be dangerous, exotic snakes at large in the area 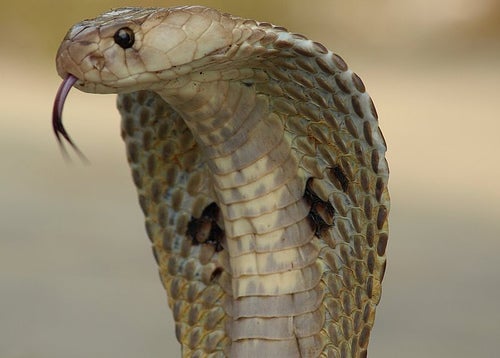 You’re a 73-year-old grandmother and school bus driver in Falls, Pa., relaxing in your apartment when you hear blue jays squawking outside. You look outside and notice a snake—a big one, 4 or 5 feet long—lying on the patio.

Kathy Kehoe took a couple of pictures, maybe to show the grandkids. Then she did the sensible thing, which is to get a shovel and go give the thing a nudge. The snake rears up and reveals the telltale black spot on the back of its neck peculiar to cobras. Also, it spreads its hood.

“I didn’t want to kill it, but I had no way to contain it,” Kehoe later said. She was also worried about the danger to children in her apartment complex. The ante had just risen substantially, but Kehoe did what you’d do with any dangerous snake under the circumstances. She killed it with the shovel.

“I knew what I was doing was dangerous. I’m not a fool,” she told the Philadelphia Inquirer on Tuesday. “I just acted. I thought of the kids and other people in this community and I said ‘I can’t let this thing get away.'”

Maybe we should be sending shovels to Kathy Kehoe to pass out to be people she deems competent to handle them.