The Perils of Hunting Ducks from an Arkansas Blind

A trip to Cypress Bayou leads to plenty of ducks, Southern hospitality, and a bit of blackmail 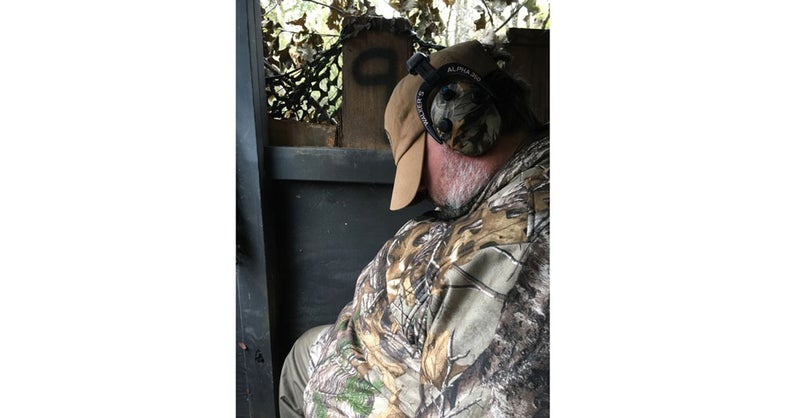 What friend could resist taking a photo?. By the author
SHARE

“Writers are always selling somebody out,” Joan Didion once wrote. Not having actively sold anyone out in—gosh, it’s got to be a couple of weeks—today’s candidate is my good friend Thomas Shurgar, above.

Thomas was kind enough to invite me to go duck hunting in Arkansas at Cypress Bayou in Hempstead County earlier this month, which I jumped on quickly. We hunted hard for four days, and I brought home 16 ducks. And slept for 18 hours straight.

I was impressed by a couple of things down there. Extrapolating wildly from the 10 guys I hunted with in two locations, I can say that those boys are some of the most fanatic hunters I’ve ever seen. They spend a lot of money on leases that are managed, planted, and flooded annually for the sole purpose of attracting ducks. They plan their vacations around the best times to hunt. They tend to call in sick when the birds are flying thick. While a club may pursue everything from deer to doves to squirrels to hogs, it’s clear that ducks are king.

The other thing is that they are among the kindest and most welcoming people I’ve ever met. Thomas and I were guests of his friend, Steve Wren, his son, Brandon, and Tevor Coffee. (The Wrens are direct descendants of Christopher Wren, the architect who designed London’s St. Paul’s Cathedral after the Great Fire of 1666.) All of these guys—and everyone we met at Cypress Bayou—were happy to give one another or me shells or a loaner gun or waders, fix your meals, and ask whether you needed anything about four times a day. It was genuine kindness and almost overwhelming. I don’t know whether Southern men are more comfortable showing their affection for each other than northerners, but it sure struck me that way.

But doze off in a blind, and the five other guys there will pull out their phones to take embarrassing photos and videos of you—complete with the sound of your snoring—so fast I thought they’d get whiplash. Maybe it’s the counterweight to all that kindness.

Being a guest, I wasn’t sure whether they’d do that to me. But since Thomas and I are good friends, I knew he would if he got the chance. So I took a shot of him when he dozed off. Purely for self-protection, you understand. So here is my “insurance” shot of Thomas Shurgar. He showed me one he’d taken of me but I was able to delete it before he could grab his phone back.

Writers are always selling somebody out.