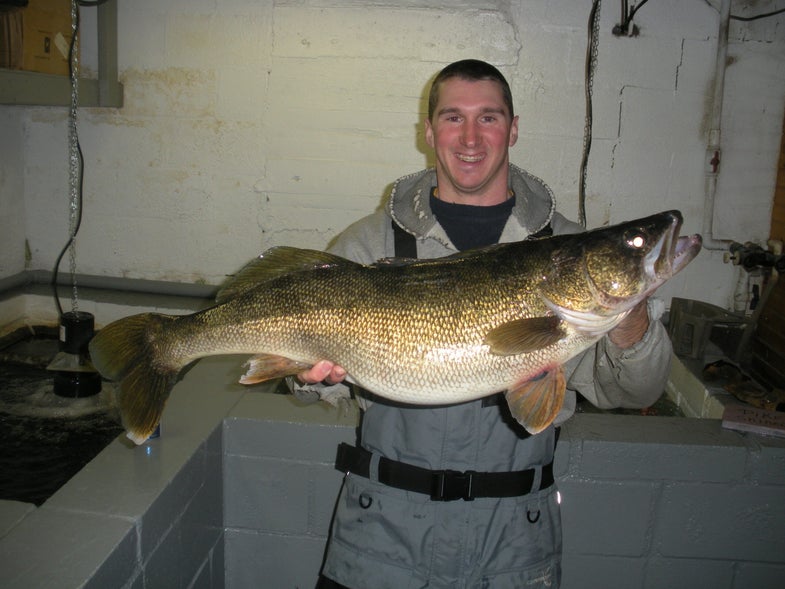 Richard Levesque was ice fishing on Lake Champlain when the flag on his tip-up popped a few hours after sunset on Wednesday, February 10, 2010. He knelt next to the hole and began pulling in his line, hand-over-hand, until he felt the fish on the other end. He knew immediately that it was a big one, and for 12 minutes struggled to pull the fish up through the hole in the ice. When the battle was over the fish weighed in 14.55 pounds. It was officially the largest walleye ever caught in Vermont. Richard Levesque
SHARE
Freshwater Fishing
Walleye Fishing
Walleye