The Biggest Tuna Ever Caught (From a Kayak) 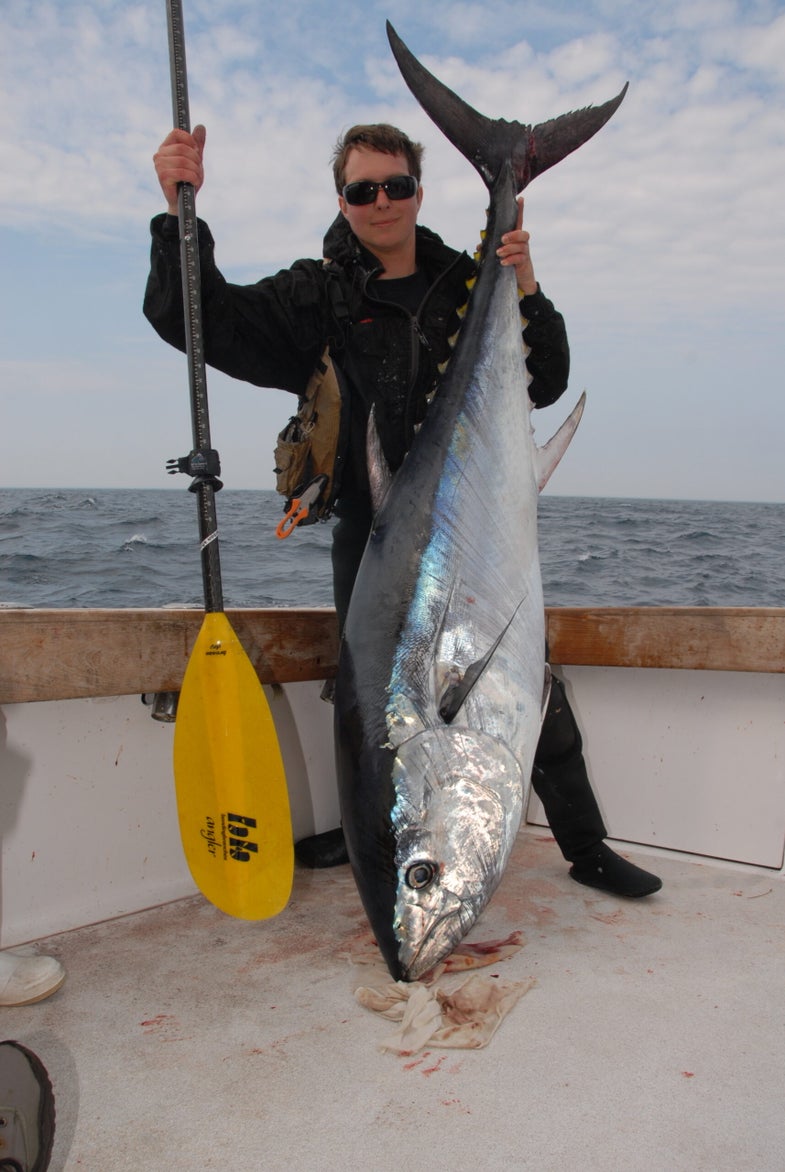 Matt Shepard of Virginia Beach, Virginia, landed this 166-pound bluefin tuna on March 10 while fishing from a kayak about 40 miles off the coast of Cape Hatteras, North Carolina. The fish sets a new record for the largest tuna ever caught from a kayak. Shepard is part of a small but growing band of kayak anglers who practice mothershipping--using a charter boat to get to deep offshore water that is normally out of kayaking range--in pursuit of big-water gamefish. No official group recognizes the sport yet; instead, kayak anglers keep tabs on record catches via Internet sites such as kayakfishrecords.com.
SHARE