A Warrior’s Weekend: Fishing as Therapy for Wounded and Recovering Soldiers in Port O’Connor, Texas 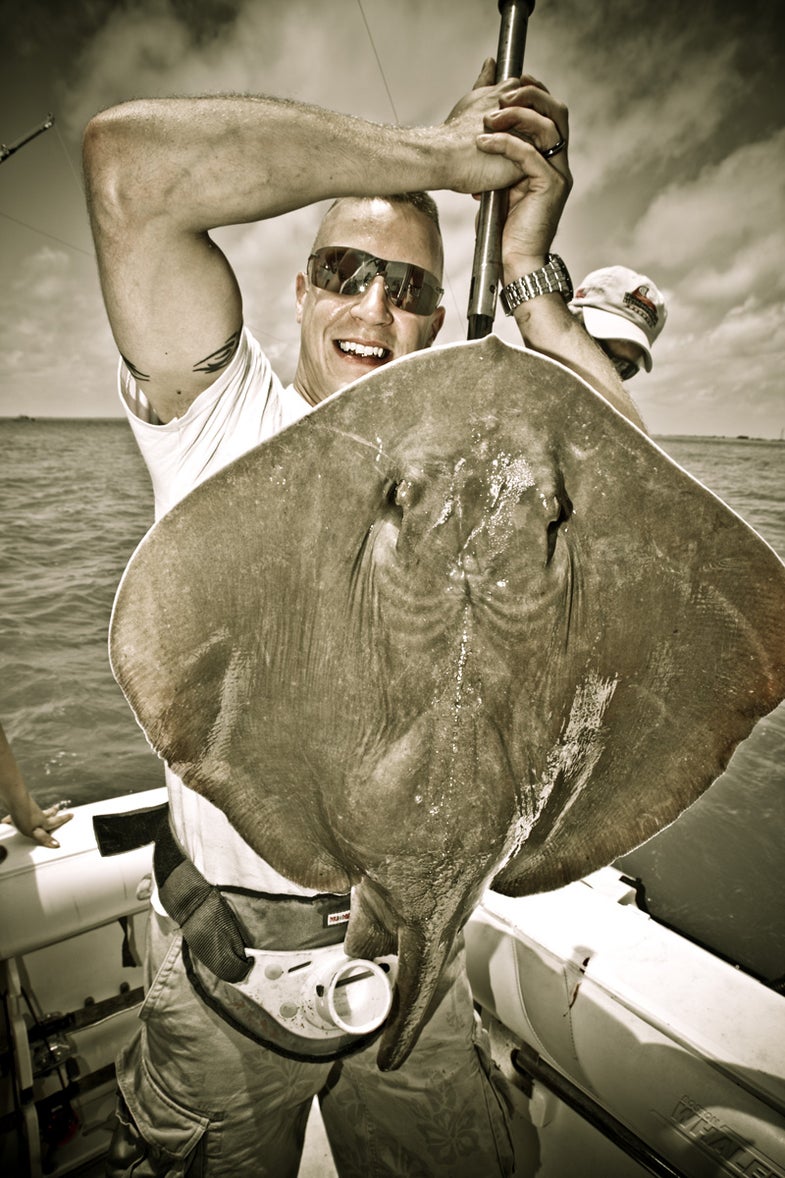 By Jennifer Chesak
Photos by Mike Calabro For wounded U.S. Army soldiers, fishing is just what the doctor ordered. The Warrior's Weekend, held annually in Port O'Connor, Texas, pairs soldiers with volunteer anglers and boaters for a day out on the water. Held May 22, 2010, the event brought scores of volunteers in more than 100 boats to aid the soldiers. "The camaraderie, the outpouring from the public," says Sergeant Ronnie Gullion, "it's all part of the healing process. You get to share your story with somebody." Some soldiers who attend Warrior's Weekend are in wheelchairs, while others are recovering from brain injuries, severe burns, and Post Traumatic Stress Disorder. "The event helped introduce me to being around a lot of people at once again," says Jason Elman, who caught a speckled trout. Ed Bailey adds, "The minute we stepped on the boat, they treated us like family." If you'd like to volunteer to take wounded soldiers hunting or fishing, visit www.wwiaf.org or www.friendsofamericanheroes.org. The following soldiers who attended the Warrior's Weekend give their thoughts on perseverance and what fishing means to them.
SHARE
Bass Fishing
Freshwater Fishing
Flats Fishing
Inshore Fishing
Offshore Fishing