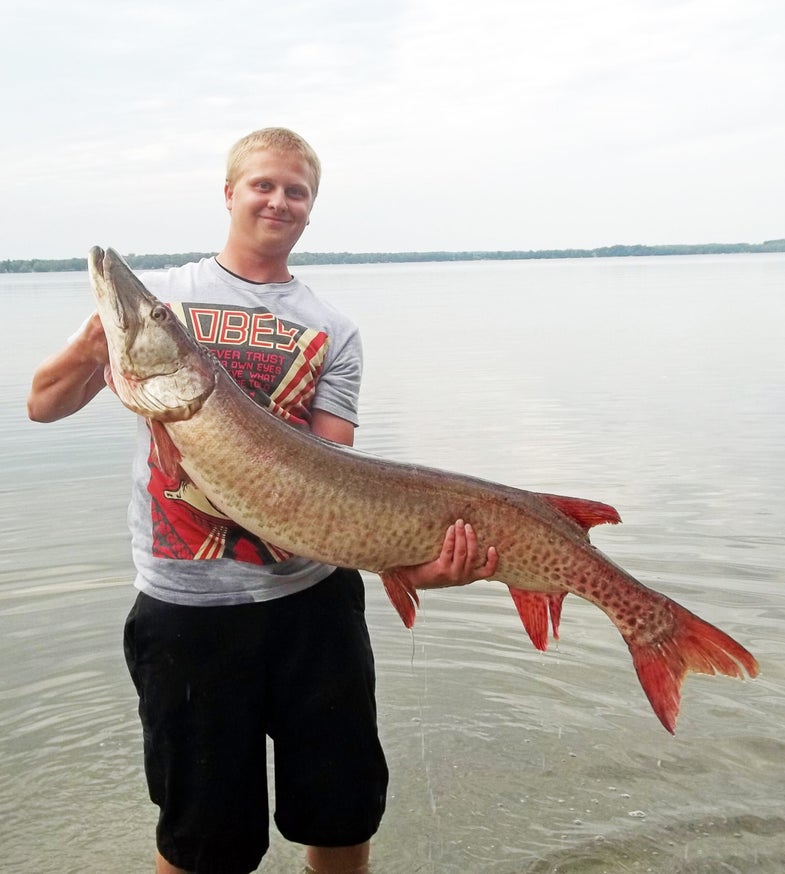 On Friday, July 1, 2011, the only record John Gergen set out to break was his personal best muskellunge. Later that evening, in front of his family's cottage on the shores of Lake Sallie, Minnesota, the 22-year-old did just that. The muskie he landed was monstrous, measuring 3-1/2 inches longer than the standing state record. And if the family's bathroom scale was correct, the fish just might have broken the record as the largest muskie ever landed from that state by 2-1/2 pounds. The fish, however, was never officially weighed or certified by the Minnesota Department of Natural Resources due to a shutdown of the state's government at the time of the catch, and biologist and conservation officers were kept at bay.
SHARE
Fishing
Freshwater Fishing
Pike & Muskie