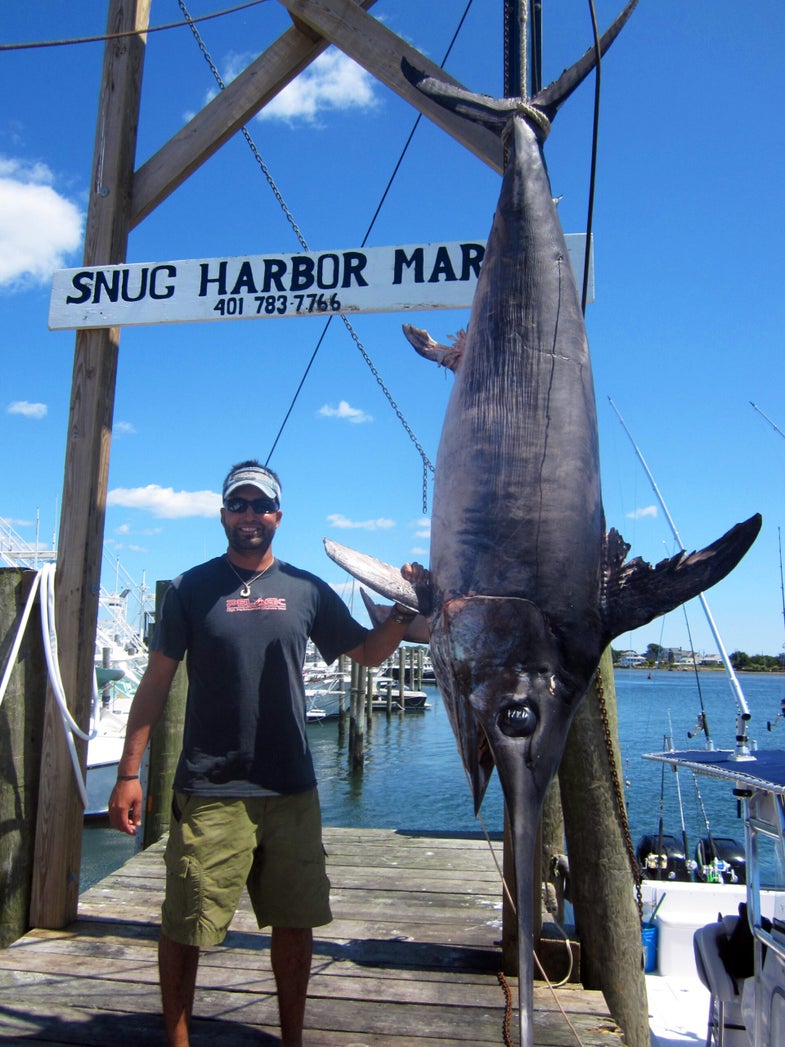 When you're a charter captain 148 miles offshore in the wee hours of the morning and your clients are sleeping on deck, what do you do when your deep bait gets hit? Naturally, you wake up the paying customers and hand off the rod. That's what Captain Louis J. DeFusco did on August 12, 2011, but his groggy clients passed on rod duty. Instead, DeFusco took on the fight himself and ended up landing a broadbill swordfish that turned out to be the largest sword ever taken on rod and reel in Rhode Island. The 434-pound broadbill toppled the state's old record by 120 pounds. It was so massive that it took the crew over an hour just to get it into the boat after the beast had been subdued. Editor's Note: The holdup on this gallery was due to Hurricane Irene, which rolled over Rhode Island soon after Captain DeFusco's record-setting catch. Before the storm's landfall, DeFusco was busy battening down all hatches; after damage was done, it was over a week before power and Internet in his area were back on line..
SHARE