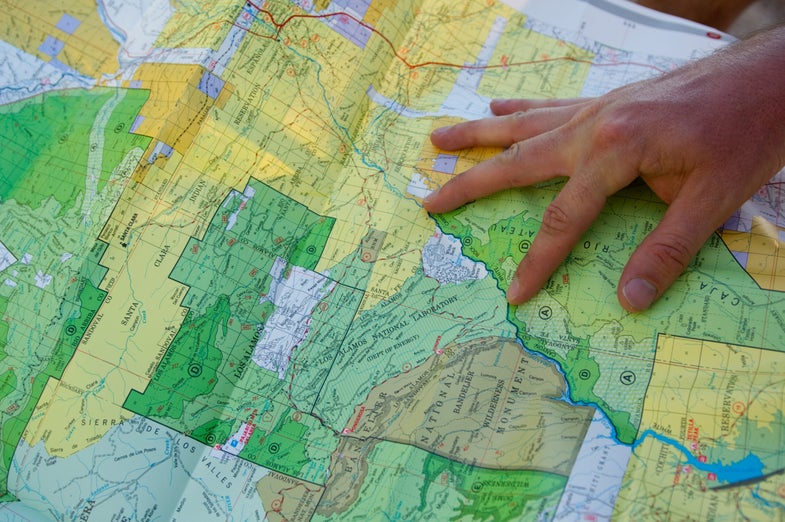 It's our fifth day on the road. Today we plan to ride for four hours from our campsite on Cebolla Mesa to reach a canoe/raft launch site on the Rio Grande southwest of the town of Espanola. We're putting our boats in there to start our float through the Whiterock Canyon stretch of the river, which my pre-trip scouting says should be a beautiful stretch of water flowing through Pueblo lands, past the Los Alamos National Labaratory and Bandalier National Monument, before dumping into the upper stretches of Cochiti Reservoir, a big impoundment northwest of the city of Albuquerque. According to the rafting guides i talked to before the trip, the fishing is supposed to be good in this stretch of water, and it's one that very few people float, so it shouldn't have any pressure. The photo above shows the first half of the float (between my index and middle fingers), which is what we plan to cover today.
SHARE 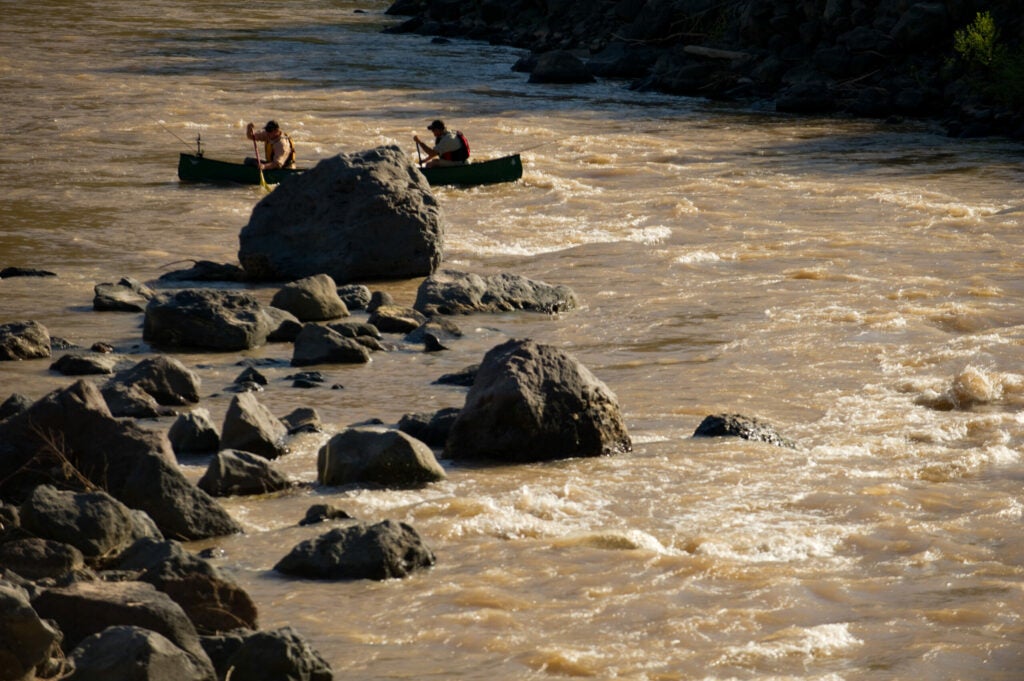 The floating, though, is a great change from riding motorcycles. Much quieter, of course, and it’s nice to allow our pace to be dictated by the river for a change. We cast, and cast, with no luck, and also hit a few easy-but-fun rapids until eventually stopping at …

Last fall, Field & Stream Online Editor Nate Matthews and his father, Bruce, spent 15 days fishing the Rio Grande River from its headwaters in Colorado’s Continental Divide all the way to its mouth at the Gulf of Mexico. These excerpts from their journals tell the story of their 2500-mile motorcycle ride along the historic river, taken during momentous times in the lives of both father and son. Photographer/vidographer Tim Romano documented the excursion. Look for the print feature in June 2011.