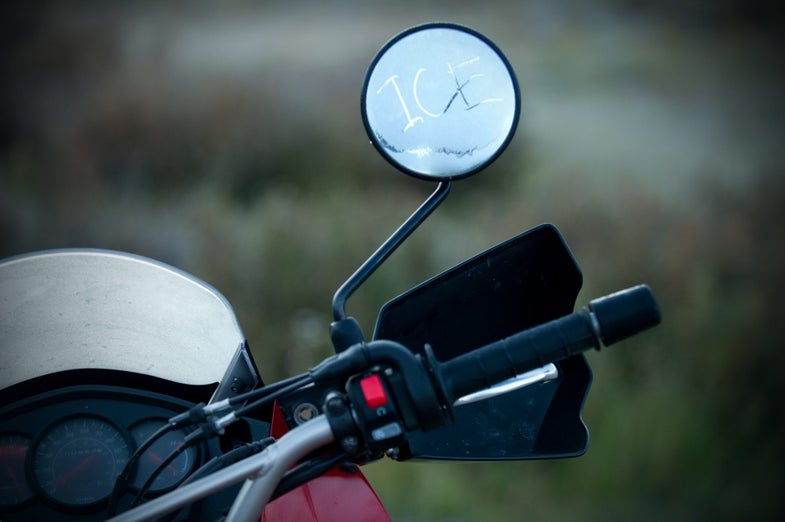 We woke up early today, hoping to get a head start on what was a very long ride, but ended up waiting until the sun melted the ice off the rain flies of our tents before leaving. That was our official story, anyway. Our late start had nothing to do with the fact that we were sore from the last two days of riding, or that we didn't want to be rolling down the highway before the air warmed up a bit. Right. It gets cold in the mountains of Southern Colorado in late September.
SHARE

Last fall, Field & Stream Online Editor Nate Matthews and his father, Bruce, spent 15 days fishing the Rio Grande River from its headwaters in Colorado’s Continental Divide all the way to its mouth at the Gulf of Mexico. These excerpts from their journals tell the story of their 2500-mile motorcycle ride along the historic river, taken during momentous times in the lives of both father and son. Photographer/vidographer Tim Romano documented the excursion. Look for the print feature in June 2011.