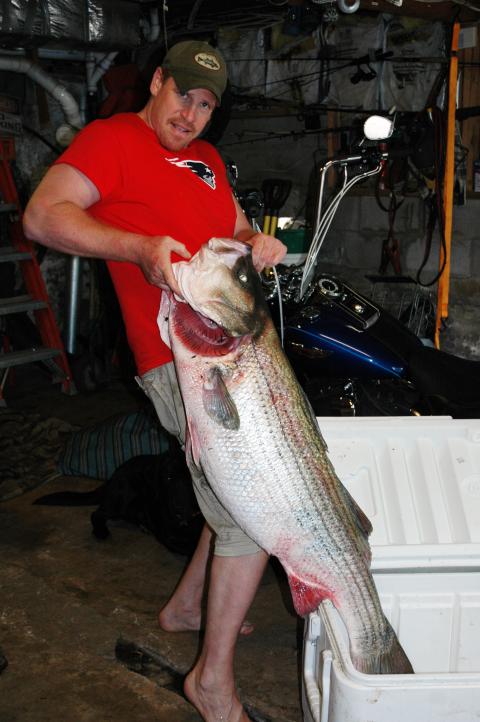 Exclusive Photos: New World Record Striped Bass! In September of 1982, Albert McReynolds weighed a 78.8-pound striped bass at a tackle shop near Atlantic City, New Jersey. He caught the fish the night prior, standing on the wave-pounded Ventnor Avenue jetty casting a Rebel plug. The catch, which claimed the spot of all-tackle world record, immediately turned McReynolds' world upside down, earning him nationwide attention, tackle company endorsements, and lots of money. Of course, with such a catch come accusations. Though everything from lead-stuffing to finding the fish dead on the sand was rumored in an effort to disqualify the catch, it remained in place for nearly 30 years. But that record fell in August, 2011. Angler Greg Myerson brought in a bass that pinned the needle of a Westbrook, CT, tackle shop scale at 81.8-pounds, and was later certified by the IGFA as the new world record striped bass. We tracked down Myerson less than 24 hours after he boated his bass to get the real story and exclusive photos. Click here for the full story and photos..
SHARE
Bass Fishing
Catfishing
Freshwater Fishing
Saltwater Fishing