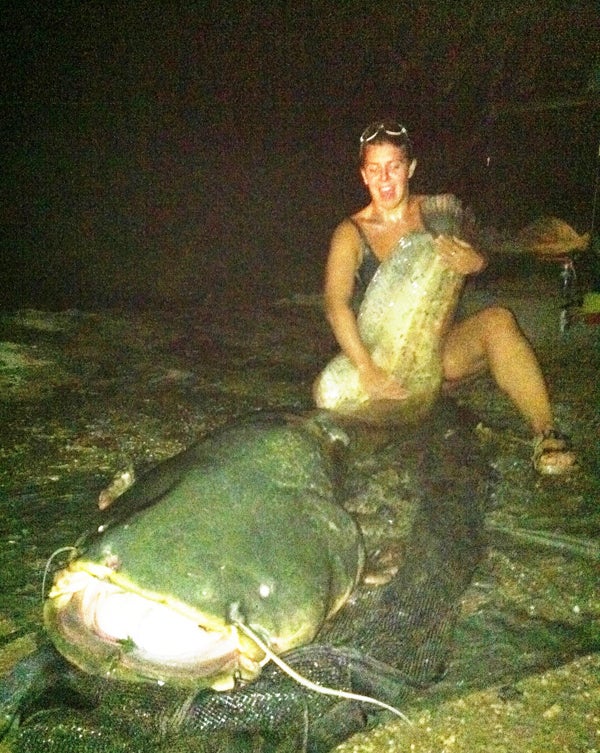 Eight years after she took up fishing to spend more time with her boyfriend, British angler Alexa Turness caught a Wels catfish in Spain that topped anything he ever caught--and set what is believed to be a new women's world record for the massive European species. Field & Stream got the U.S. exclusive on Turness' 215-pound, record-setting catch.
SHARE
Catfishing
Freshwater Fishing
news