Exploring the Alpine Triangle: Day One 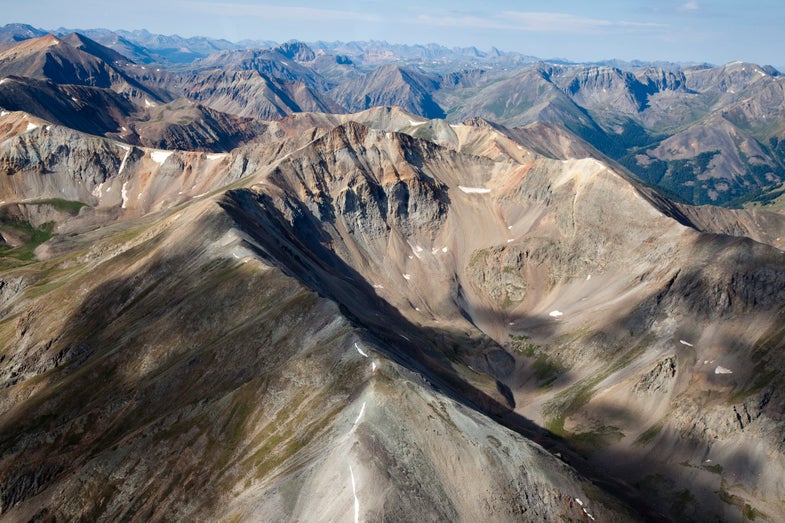 The Alpine Triangle occupies one of the most rugged mountain regions in the United States. Located within the shape made by connecting the towns of Ouray, Silverton, and Lake City, the region was once the epicenter of a mining industry that fueled the frontier economy. Today it is a recreational paradise, with uniquely scenic roadways for off-highway vehicles, and some of the best high-country elk and bighorn sheep habitat in America.
SHARE

Editor-at-Large Kirk Deeter and photographer Kevin Cooley spent three days with Trout Unlimited exploring the Alpine Triangle, a rugged expanse of the San Juan Mountains in southwestern Colorado, so named because the region is loosely contained within the shape made by connecting the towns of Ouray, Lake City, and Silverton. TU wants Congress to declare the place a National Conservation area to protect its streams from mining expansion and new road development. Here’s what they found.