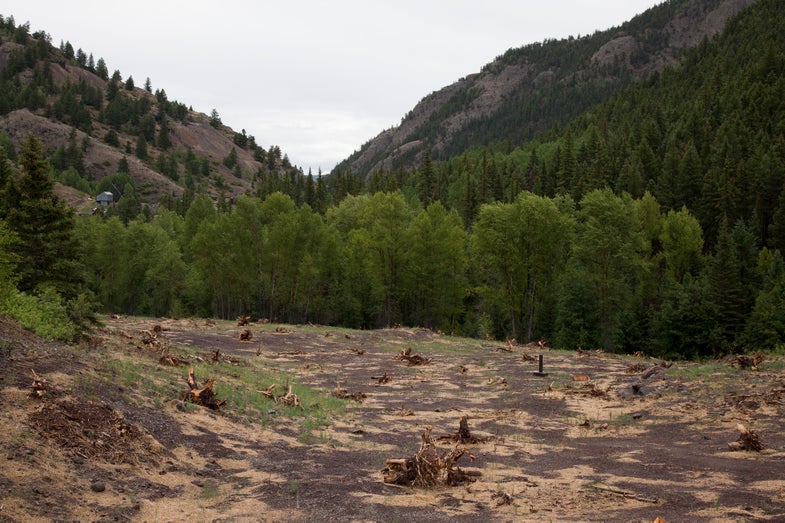 The Henson Creek Repository site. By mixing lime and Portland cement with mine tailings,, the Colorado Department of Natural Resources Division of Reclamation, Mining and Safety neutralizes the impact of these materials on Henson Creek. It's one small victory among many challenges to mitigate the lingering effects old mines have on trout habitat, but an important precedent.
SHARE

Editor-at-Large Kirk Deeter and photographer Kevin Cooley spent three days with Trout Unlimited exploring the Alpine Triangle, a rugged expanse of the San Juan Mountains in southwestern Colorado, so named because the region is loosely contained within the shape made by connecting the towns of Ouray, Lake City, and Silverton. TU wants Congress to declare the place a National Conservation area to protect its streams from mining expansion and new road development. Here’s what they found on day three.