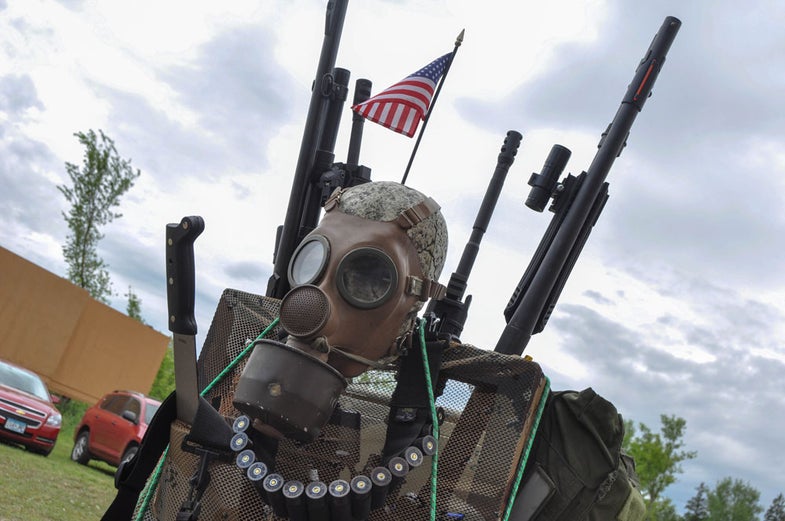 Face it. Zombies have already invaded. They are here and it looks like they're going to stay for a while. The fifth annual Outbreak: Omega 3-gun zombie shooting event took place on June 23 in Morristown, MN. This year's attendance adds another underscore to the fact that shooting sports are growing as quickly as they are thanks, in large part, to zombies. More than 1,400 people attended this year's event. They're called zombie enthusiasts, according to the event sponsor DPMS Firearms. Of the 1,400, about 800 were shooters.
SHARE
Survival Tips