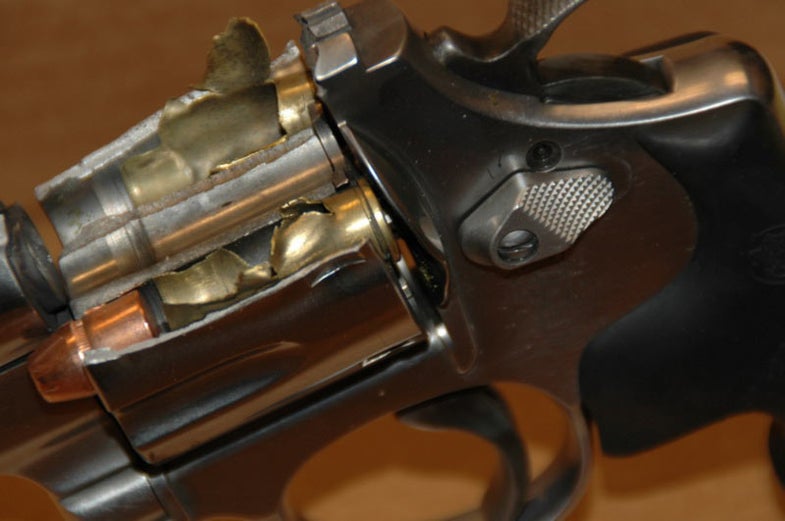 A note to all you Gun Nuts: These photos came into my inbox attached to the following caption: "For those of you who load your own ammunition... A guy came into our department the other day to ask a favor. He had a Smith & Wesson Model 629 that he wanted to dispose of after a mishap at the range. He said there was a loud bang when he tested his new load and the gun smacked him in the forehead, leaving a nice gash. When the tweety birds cleared, this is what he saw..." Rather than comment on the photos myself, I decided they were serious enough that they deserved something intelligent said about them, so I sent them to my friend and ace pistolsmith John Blauvelt. Click on to see what he had to say. --David Petzal.
SHARE
Handguns