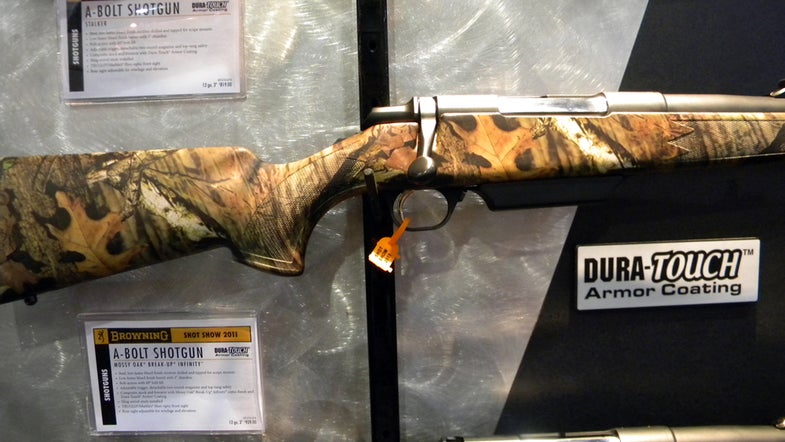 by Phil Bourjaily The most exciting "new" shotgun of SHOT 2011 was the Browning A-Bolt, which originally debuted and disappeared in the mid-90s. That said, the aisles weren't completely without interesting new guns, it's just as a whole, the shotgun class of 2011 is more about filling niches and extending product lines than it is about going in new directions. Still, there were several guns I would like to shoot,and here are a dozen of them. Browning A-Bolt Browning brings back the A-Bolt slug gun after a 13-year hiatus. It was a tackdriver then, but ahead of its time. Now that slug-only states Iowa, Illinois and Ohio rank high on every whitetail nut's life list, the A-Bolt's time is here. It comes in 12 gauge in walnut and blued steel, black and camo versions, starting at $1100 for basic black. Browning.com..
SHARE
Shooting Gear
SHOT Show