From new record trout to crossbow-toting gator moms, we covered 2009’s biggest stories in the outdoors. These were your favorite... 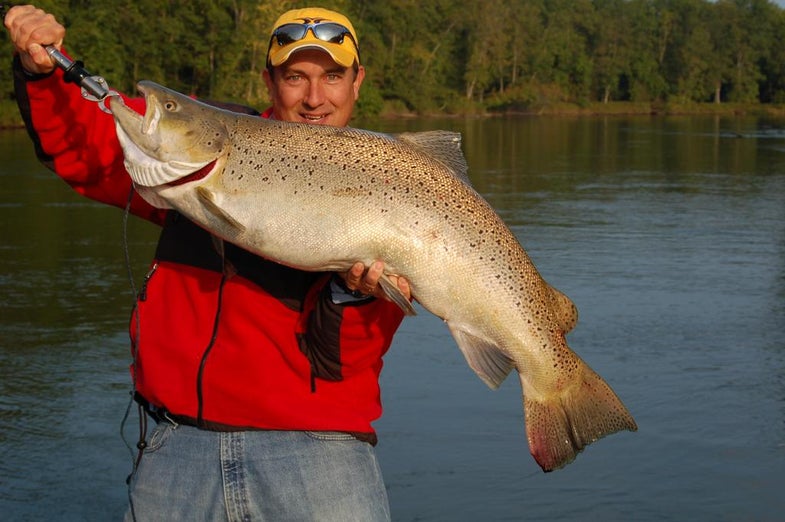 On Sept. 9, angler Tom Healy, fishing with guide Tim Roller, landed this 41.7-pound brown trout while fishing for salmon in Michigan's Manistee River. The trout has been certified as a new state record and is pending certification as the new all-tackle world record. Here is the story of how they caught this fish, along with the best photos you'll find of it on the Internet. Read the story and see the photos here.. Tim Roller: ultimateoutfitters.com
SHARE 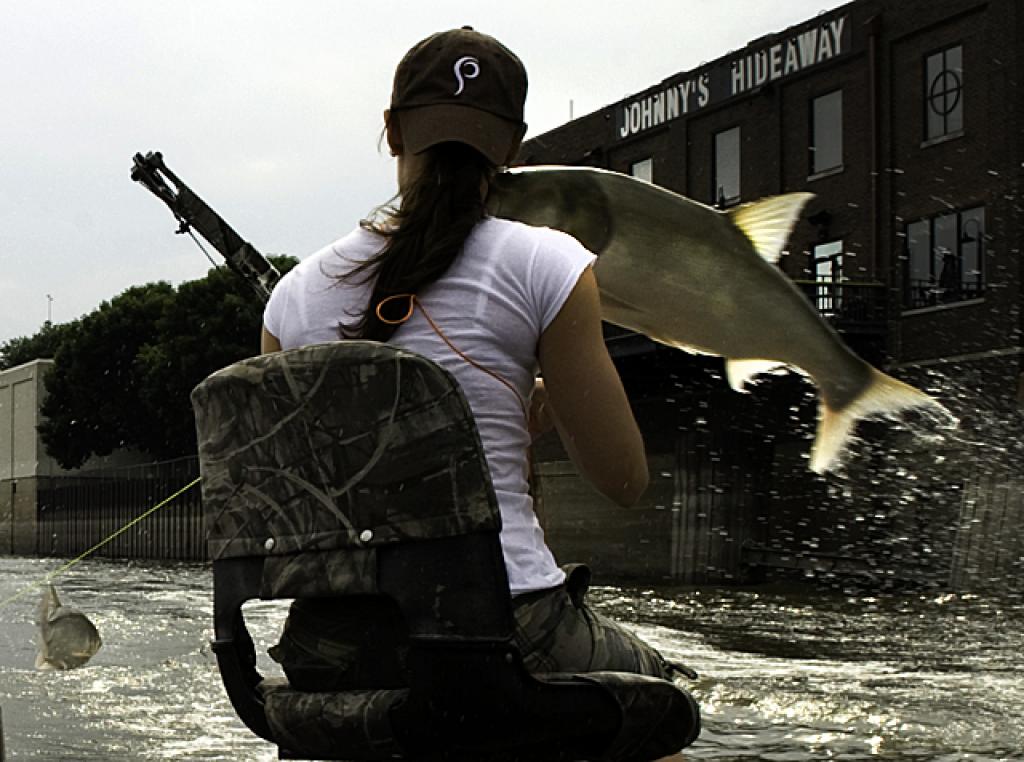 Bowfishing for flying Asian carp comes with serious risk of injury, something that became frighteningly clear to expert bowfisherman Chris Brackett when one of the large fish jumped out of the water and broke his fiancee’s jaw while they were filming a television show. Read the story and see the photos here. 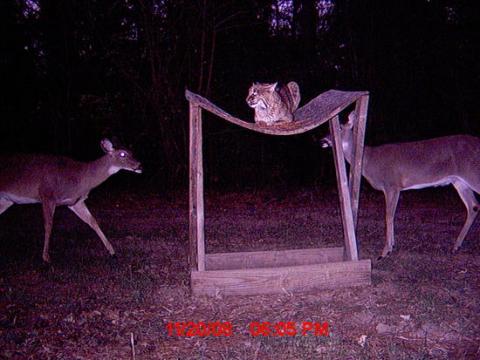 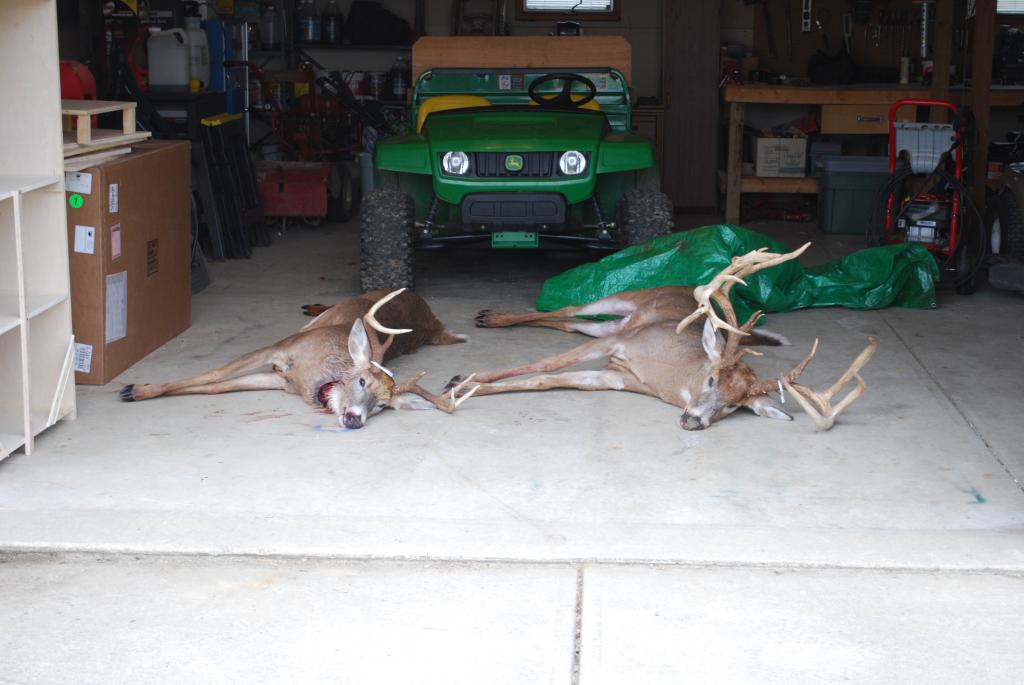 Okay, it’s not official quite yet. But unless a buck’s main beam can shrink by almost two inches in 60 days, you are looking at least the longest left main beam and likely the longest two beams recorded on a whitetail deer–ever. On November 30th, the opening day of Ohio’s gun season, 39-year-old software developer Brian Stephens dropped this 18-point colossus at 80 yards with his .50 caliber T/C muzzleloader. The enormous buck should shatter The Buckeye State’s nontypical muzzleloader record and will almost certainly set the new mark for whitetail beam length. Here’s his story, as told to Dave Hurteau. Read the story and see the photos here. 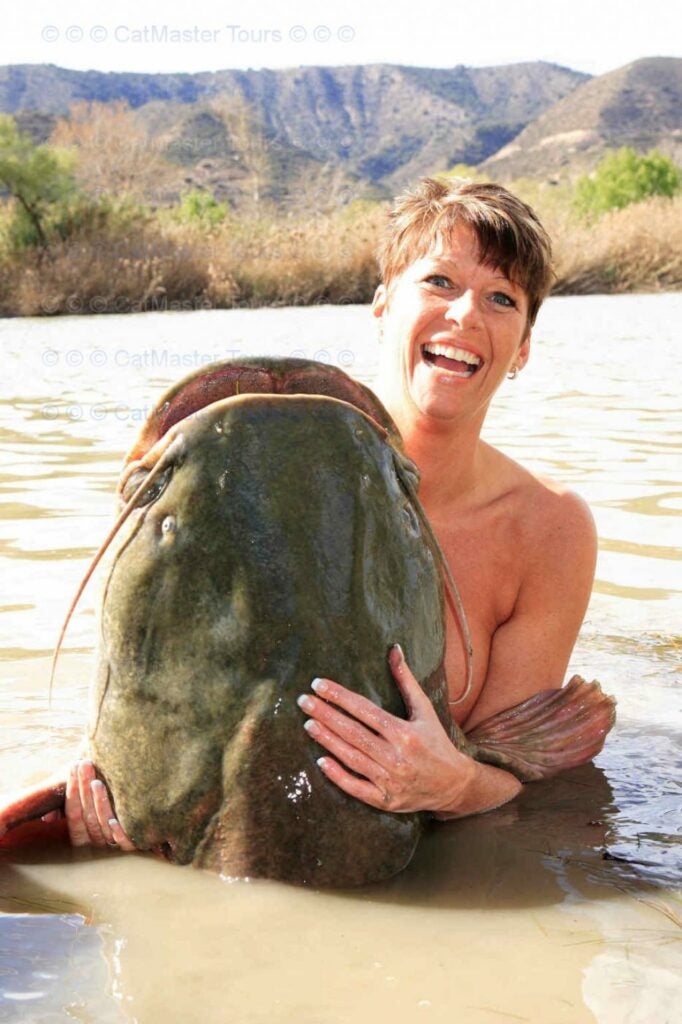 Cult of the Wels: Catching Giant Catfish in European Rivers

You may think trophy catfishing is a distinctly American activity, but across the Atlantic there’s a group of anglers who share a similar passion for their own species of whiskered freshwater monster. I’m talking about cats so big, hundred-pounders are routine. Cats so powerful anglers come from all over the globe for a chance to catch one. This is the story of the Wels catfish. Read the story and see the photos here. 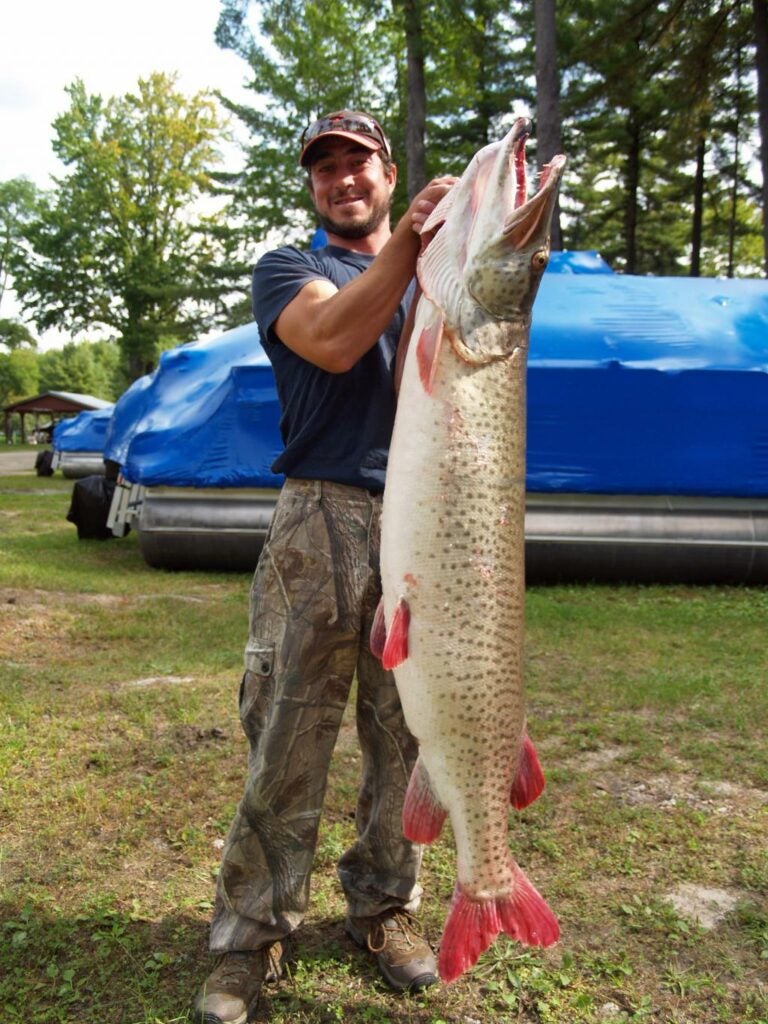 On Sunday, September 27, Kyle Anderson of Rapid City, MI caught this 50-pound 8-ounce Great Lakes muskie. The fish is now the new Michigan state record. It beat the old record, set in 1984, by 2.5 pounds. Anderson was fishing in Torch Lake, near Traverse City. Click here to read his story and see more photos of the fish. 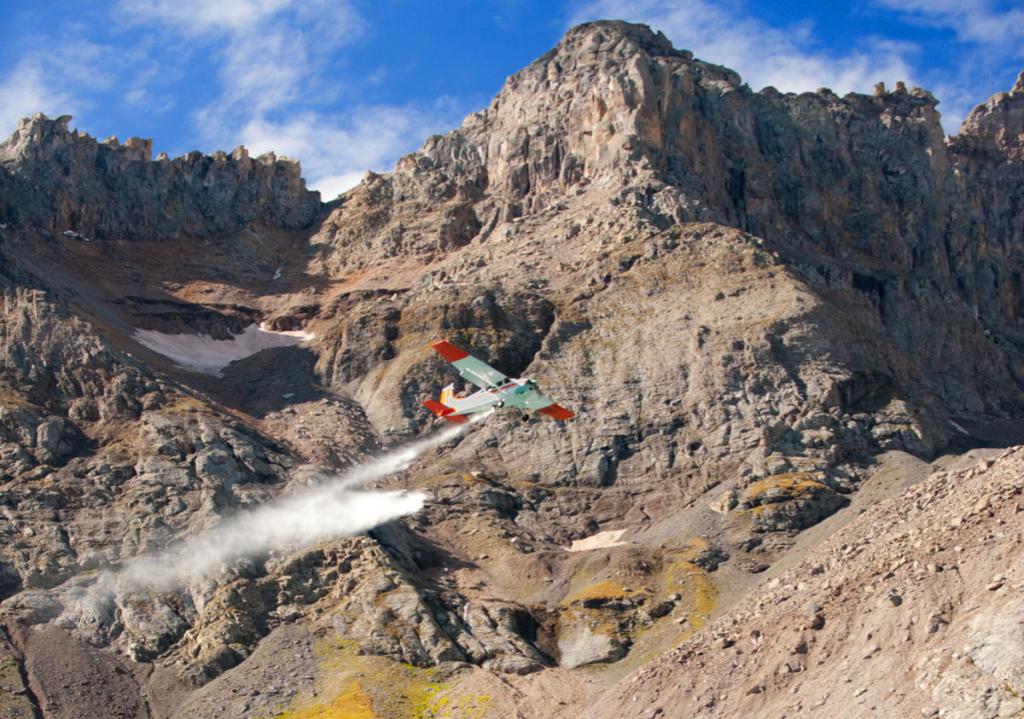 Dropping Trout Out of Airplanes Into Colorado’s High Mountain Lakes

Hardly anyone believes me when I tell them… The Colorado Division of Wildlife stocks native cutthroat trout in high altitude lakes with airplanes. No Joke. Flying modified Cessna 185 airplanes, four specialized pilots stock the native trout in around 300 lakes ranging in altitude from 10,000 – 12,000 feet. They drop hundreds to thousands of fish on each bombing run before they cycle back, fill up with more fingerlings and head out for another white-knuckle pass over the Rocky Mountains. DOW Pilot Steve Waters agreed to let me tag along and shoot the operation from start to finish, from installing the specially designed “fish tank” to watching an actual fish drop in the shadow of Mt. Sneffels, high in the San Juan mountain range. Click here to read the story. 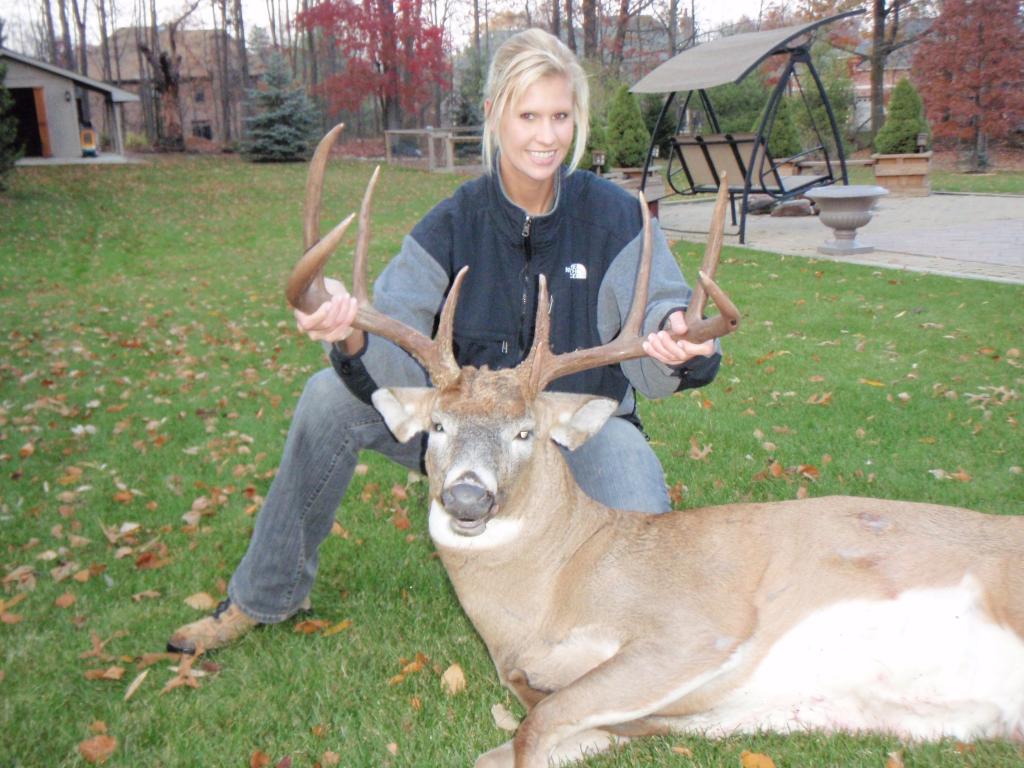 Fallon Kunevicius didn’t hesitate to bag this buck when it crossed through a narrow ravine between backyards on her family’s suburban property in Independence, Ohio. On the evening of November 3rd, as the buck quartered slightly away, she raised her crossbow, center-punched the slammer, and with some help from a tight-knit community, recovered the giant main-frame 8-pointer from her neighbor’s front-yard shrubbery. Here is her story, as told to Dave Hurteau. Click here to read the story. 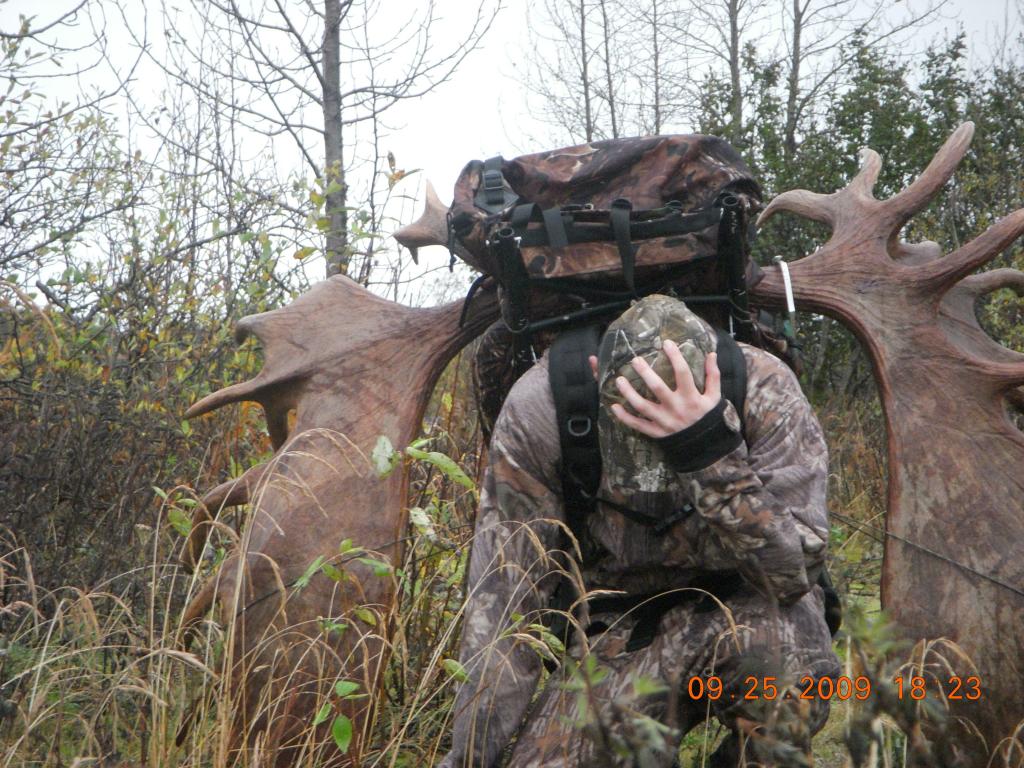 Is This The New Pope and Young World Record Alaska Moose?

Darin Mack almost didn’t hunt Alaska with his son this fall. “Money was a little tight,” says the 36-year-old technical advisor with Lancaster Archery in Lancaster, Pennsylvania. “But my wife and I talked it over and decided it was now or maybe never.” They chose now, and on September 23rd, with his son by his side, Mack arrowed what may be the new Pope and Young world-record Alaska-Yukon moose. Read the story and see the photos here.

Last year we put out a call for photos of ladies who knew how to get it done on the water. Now, by popular demand, here is the full list of entries. Watch out fellas, these gals can fish! See the photos here. 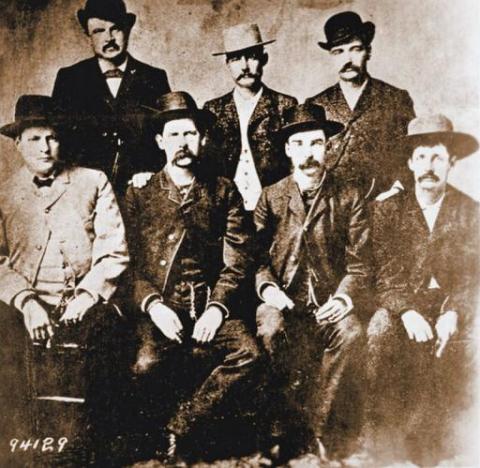 David E. Petzal’s picks for the best wild west dustups of all time. And yes, the O.K. Corral is number one. Read them here. 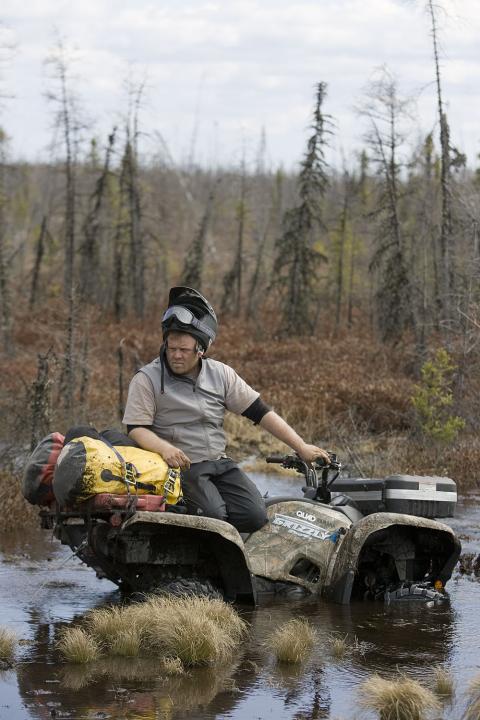 The town of Lynn Lake is the farthest up northern Manitoba you can drive during the summer. Lynn Lake is where the pavement ends and the muskeg begins, which means it’s a gateway to the best walleye, lake trout, and trophy northern pike fishing in the world. Most visiting fishermen fly out of Lynn Lake from a floatplane base near the airport, heading for high-end trophy lodges you can only reach using wings. There is, however, one road leading north out of town. It is called the winter road, and it’s open only in January, February, and March, when it’s covered with ice thick enough to support the tanker trucks that carry fuel from Lynn Lake to a remote reservation town called Brochet. The rest of the year, when the ground is soft, this road becomes an impassable swamp. It is little more than a trough in the taiga, a 250-kilometer bog that’s home to nothing but ducks, wolves, beavers, bears, and blackflies. Over the years a few locals have tried to reach Brochet on the road during the warm season, just to see if the trip could be done. They’ve tried it with trucks, with quads, and even with 6-wheeled ATVs. None made it farther than the first 5 kilometers. Until we arrived. This is the story of how four guys spent two weeks on three quads and a Rhino in the beginning of June, trying to fish our way up this road, from Lynn Lake to Brochet, during ice-out. It starts 8,000 feet above a frozen lake … Click here to read the story. 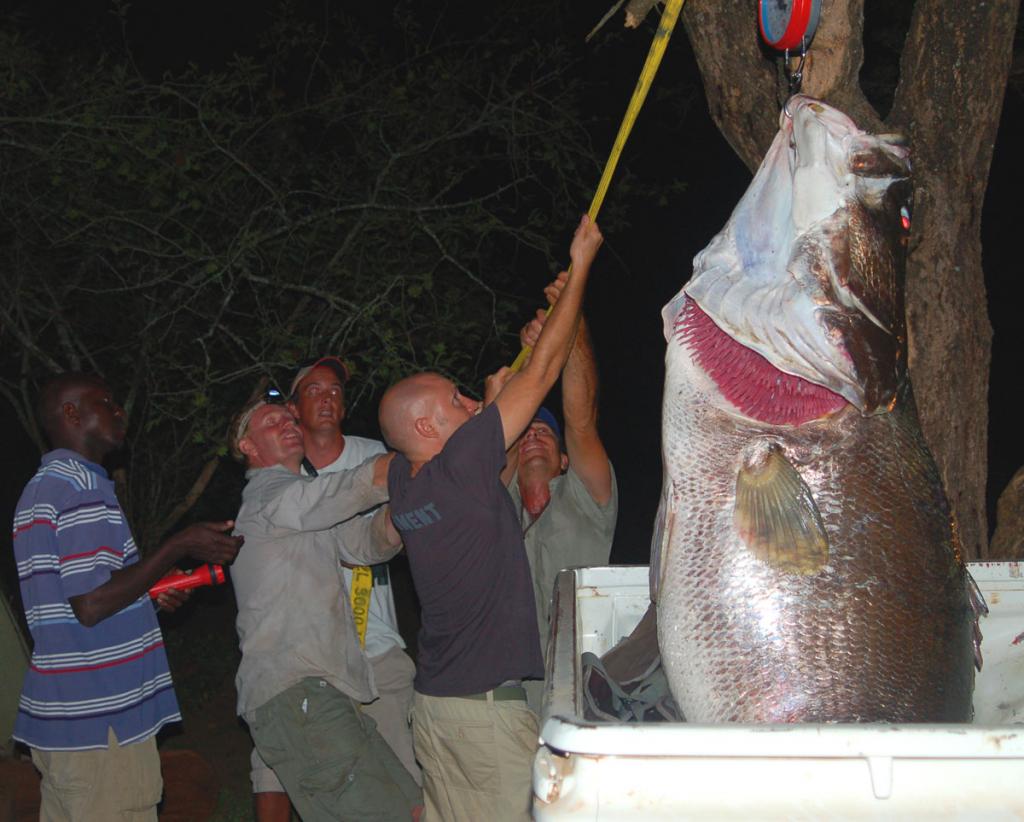 When you mention perch to Americans, most of us think of the small, feisty panfish native to our Northern waters: fun on light tackle and delicious on the table, but a bit lacking in the size department. Mention perch to those who have fished in Africa, however, and you’ll get a very different reaction. In Africa, perch fishing means swift, dark water, man-eating crocs, hippos, and Nile perch, a fish that routinely outweighs the men who pursue it. Nile perch, which swim in lakes and river systems throughout Africa, are one of the largest freshwater fish in the world. They are popular targets for European anglers, and so, earlier this year, British fisherman Tim Smith traveled to Uganda’s Murchison Falls on the Nile River, hoping to catch — and release — a trophy. Here’s the story of how Smith caught the fish of his dreams, but nearly lost his life in the process. Read the story here. 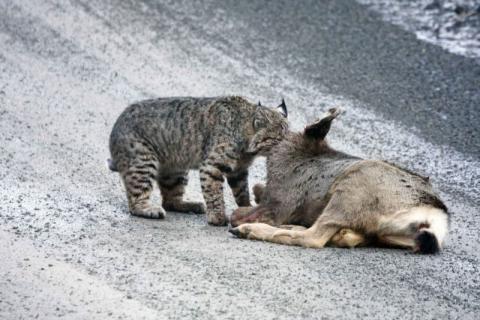 These photos were reportedly taken on the “North Highway,” although we’re not entirely sure where that is. Neither were many of the people who commented on the photos, who also spent a bunch of time debating whether the cat was a lynx or a bobcat. What do you think? Check out the photos here. 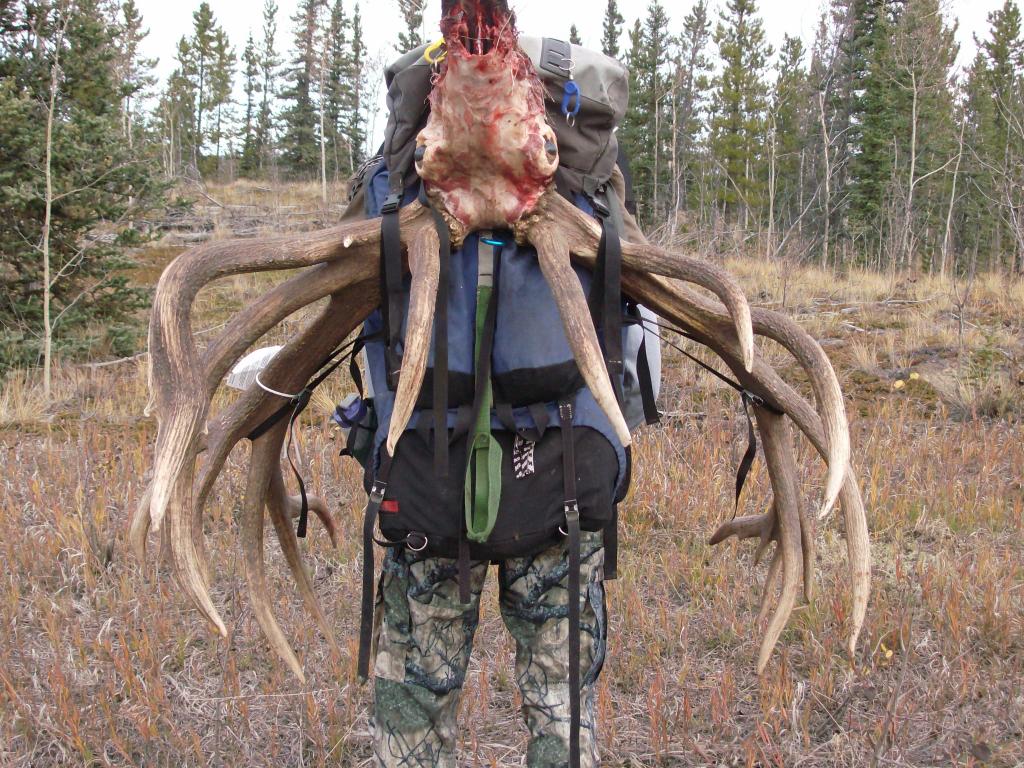 On September 25, 51-year-old Canadian sheep guide Alan Klassen killed his first-ever elk, which also happened to be one of the first animals taken during the Yukon’s first-ever public elk hunt–and a specimen that ranks first on the short-but-growing list of trophy Yukon bulls. Here is his story, as told to Dave Hurteau. Read the story and see the photos here. 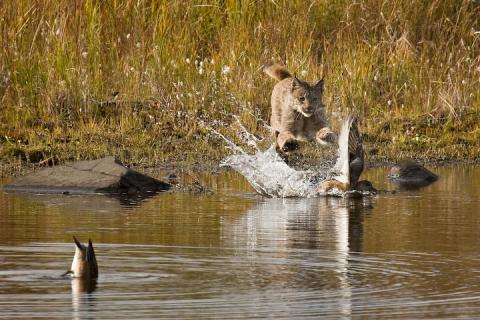 Photographer Anthony Gibson was lucky enough to capture an attempt by this lynx to grab an American wigeon in Alaska’s Denali National Park. Unfortunately (for the lynx), it was an unsuccessful stalk. “That lynx picked the wrong duck,” said Gibson. See the photos here. 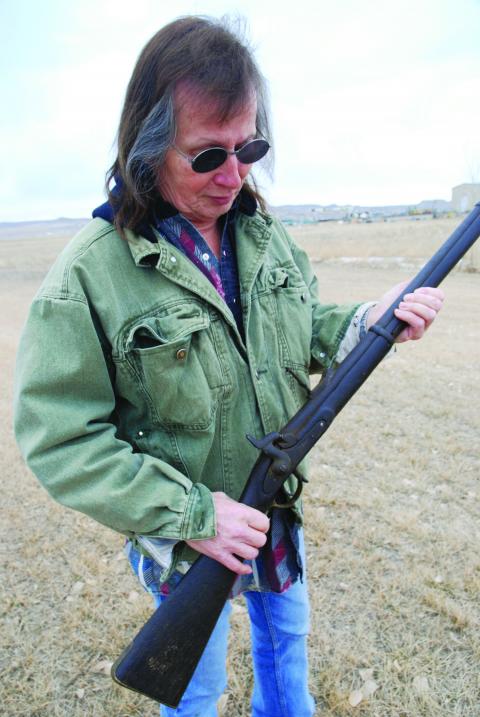 Montana native Maxx Martel found this 1858 muzzleloading rifle packed in bear grease in the hollow of a tree. How did it get there? Nobody knows, but it kicked off a big debate among our readers. Check out the story here. 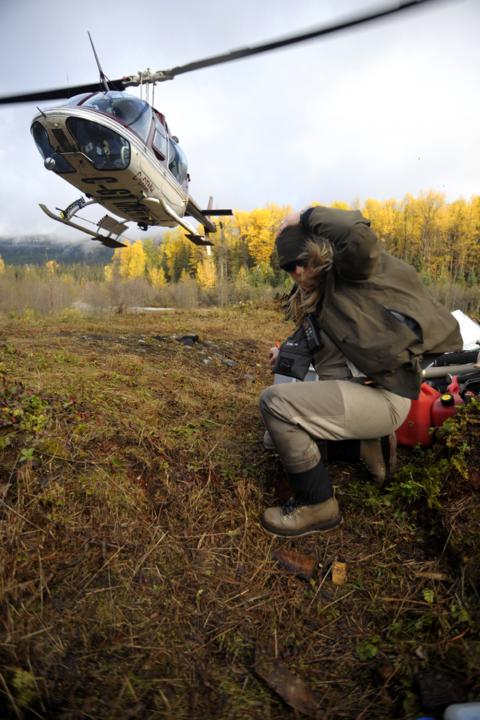 A Homestead for Steelhead: The Story of the Damdochax River Lodge

IN 1977, KEN AND ALICE BELFORD were living on a farm outside Hazelton, British Columbia, with their three-year-old daughter, Hannah. Looking for a wholesale lifestyle change, they bought the rights to an undeveloped hunting territory in the far north of the province and began outfitting. What they didn’t know then was that they’d also bought rights to one of the most unique and productive steelhead rivers in North America. Today, what started as a single log cabin on Damdochax Lake has turned into three riverside tent camps and one of the best steelhead destinations anywhere in the world. And while Ken has moved on, Alice and Hannah (who is now known as one of the top steelhead guides in North America) have created an operation where traditional homesteading values and devotion to the land complement dense runs of the wildest, toughest trout on the planet. These photos tell their story. 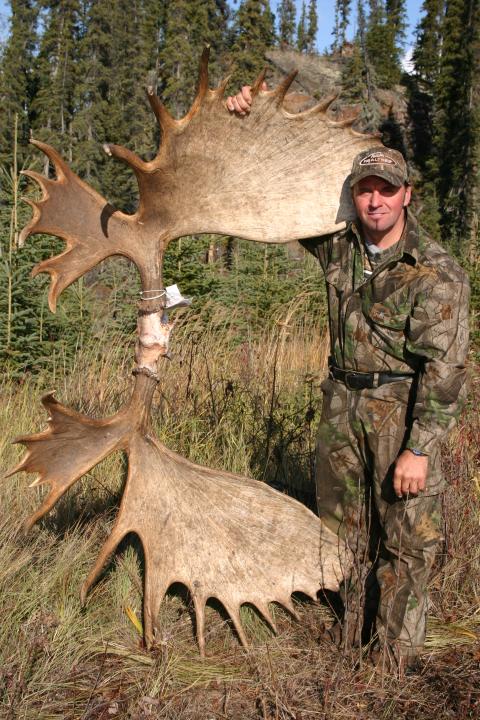 The Golden Age of Monster Moose

No moose is truly “small”; but there are an awful lot of monumental moose on the loose of late, including a potential new world’s archery record, taken barely three months ago. It is a golden age for outrageous racks. Here are a few outstanding examples. Read the story here.

From new record trout to crossbow-toting gator moms, we covered 2009’s biggest stories in the outdoors. These were your favorite 25 of the bunch.