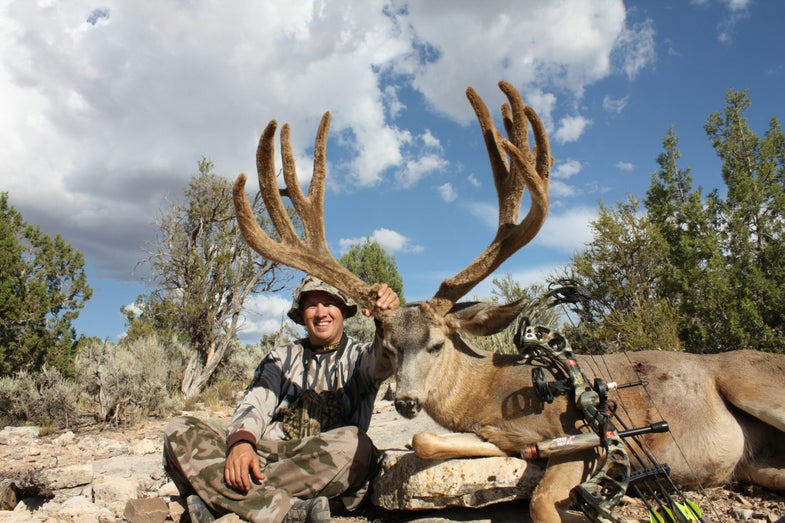 This 240-inch Arizona buck taken by Matt Liljenquist in August is being hailed as Safari Club International's pending world record for a typical mule deer, and it has a good shot at eclipsing the Pope & Young world record, too.
SHARE

In August, Matt Liljenquist bagged a buck on the second day of Arizona’s bow season. The velvet mule deer drew a green score of 240, making it almost certain to eclipse the SCI world record for all weapons and a contender for the Pope & Young world record as well. Steve Hill did some digging and got the story of the epic trophy, from the stalk to the score.