In Montana, the winter of 2011 was one of extremes: extreme cold, extreme snow and massive numbers of winter-killed big... 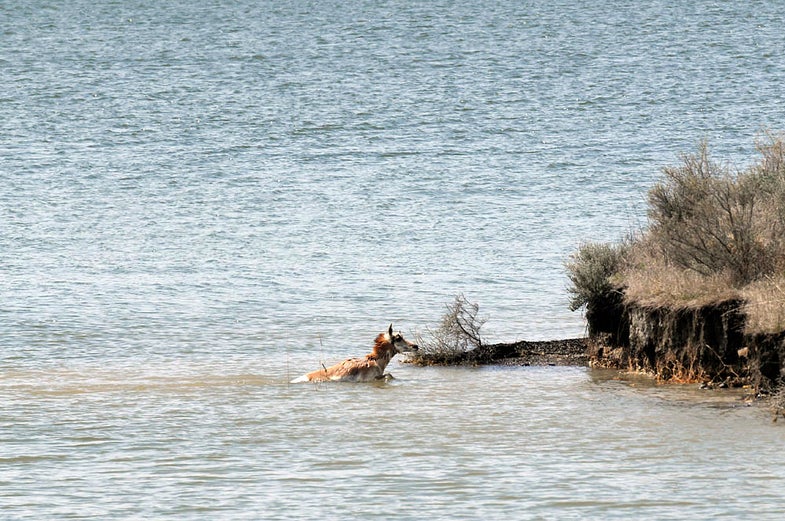 So what does that mean for the future this herd's ancient migration and the future of the herd itself? "We don't know yet," says Jorgenson. "Some of them may try to stay and summer here, but I'm not sure what it's going to look like for the fawns.". © 2011 Michael Forsberg /michaelforsberg.com
SHARE

In Montana, the winter of 2011 was one of extremes: extreme cold, extreme snow and massive numbers of winter-killed big game. In many cases, deep snow forced herds of mule deer and pronghorn to gather on roads and railroad tracks, where many of them perished. Other herds were forced to migrate much farther south than normal in an effort to find open ground. One such herd of pronghorn, pushed far to the south of their traditional wintering grounds, was forced to cross the frozen Missouri River in an effort to find food and respite from the head-high snow. But as the snow and ice began to melt and the weakened herd started its return trip to summer fawning grounds, the pronghorn came across a barrier they had never encountered before: the raging spring flow of the Missouri River.