With gator seasons open in several southern states, hunters have been hauling some impressive catches from Dixie’s rivers, lakes and... 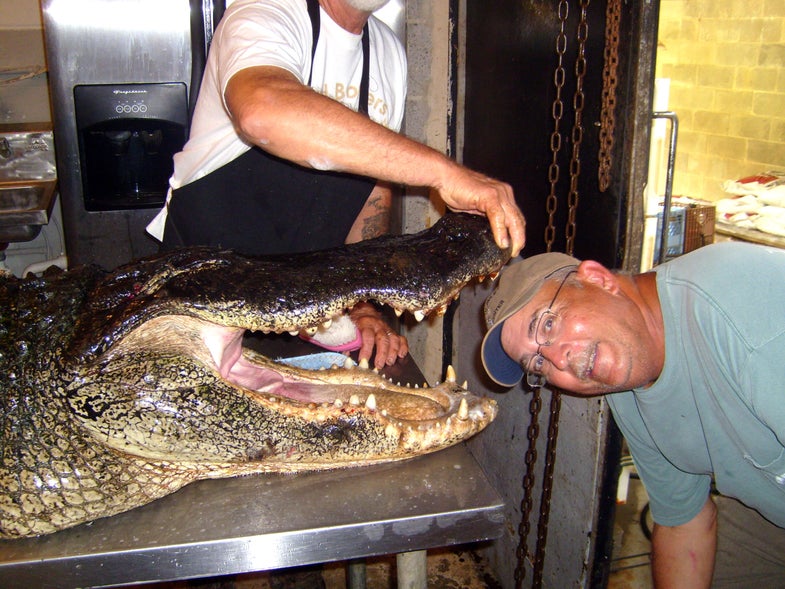 "Right away I knew it was the biggest gator we'd ever had a hold to: He dwarfs all the 12 footers I've caught," says Douglas, who averages 200 nuisance gators a year and another 15 during the hunting season. The week after he and Sanders nabbed this giant, Douglas caught two 12-footers that weighed around 500 pounds. "There was only one inch difference in the size of them, and we caught them within an hour of each other, less than a mile from where we got the 13. Never done that before.".
SHARE

With gator seasons open in several southern states, hunters have been hauling some impressive catches from Dixie’s rivers, lakes and swamps, making September monster gator month all across the South. Field & Stream tracked down five of the biggest trophies so far from Georgia, Florida and Alabama.