Sixteen of the Best Westerns Ever Made 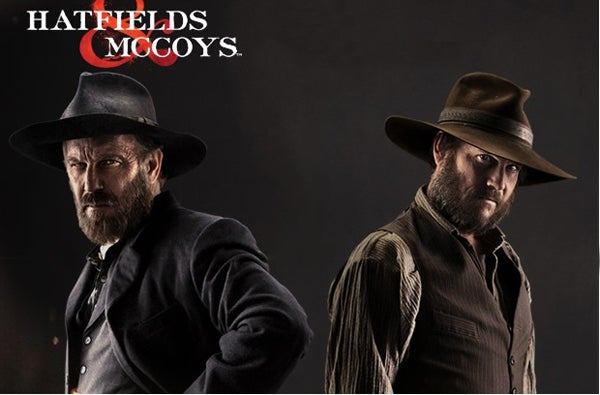 _The Hatfields & McCoys**** **miniseries is coming to the History Channel on Memorial Day. **by Hal Herring****_ Every American knows exactly what you mean when you say, "It's like the Hatfields and McCoys." It means the situation is a deadlock, no way to see or ever concede to the position of the opposing side, a war to the knife, and to the end. And so it was. From the first killing of returning wounded Union soldier Harmon McCoy on January 7th, 1865, through the final feud trial of Johnse Hatfield in 1901, it was war, outright and guerilla, between the Hatfield family of Mingo County, West Virginia, and the McCoy family of Pike County, Kentucky. At its hottest, during the 1880's, the fighting and murdering claimed more than a dozen lives, with more family members wounded and others becoming fugitives for their crimes. Cruelty and no-quarter vengeance was the norm. The Tug Fork of the Big Sandy River (a tributary of the Ohio River) was the borderline, and a grim border it was. Nothing quite like the Hatfield-McCoy Feud can be found in all the rest of America's violent history. Beginning this Memorial Day, the History Channel will run a three part series on the feud, starring Kevin Costner as William Anderson "Devil Anse" Hatfield, and Bill Paxton as Randall "Ol' Ran'll" McCoy, the leaders of the warring factions. It's a rowdy, gunpowder and blood-soaked story, and the series promises to be a rollicking ride. To get you in the mood, the editors at F&S online asked me to put together a short list of my favorite western flicks. Click through and let us know what your Top Ten Westerns are in the comments section.
SHARE
Fishing
Guns
Hunting
Rifles
Shotguns