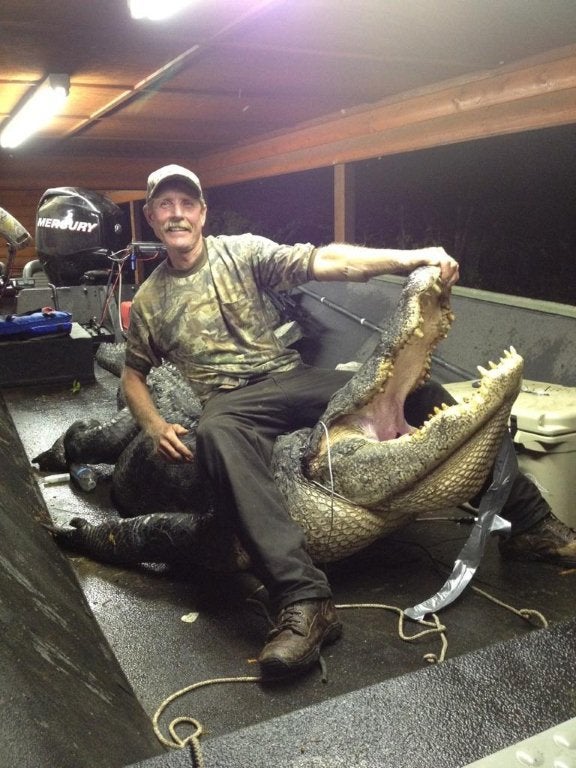 Folks have called him "Hammer" for so long that Mike Cottingham isn't exactly sure how he earned the nickname. "I guess it's because everything I do, I'm all in on," says the 53-year-old taxidermist from Prescott, Arkansas, who set a new state record on opening night by snaring a 13-foot, 3-inch gator that weighed more than 1,300 pounds. In an exclusive interview with Field & Stream, Cottingham shares exactly how he snared The Natural State's biggest alligator ever.
SHARE
alligator hunting
Big Game Hunting
Hunting
record fish
record gator