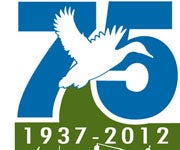 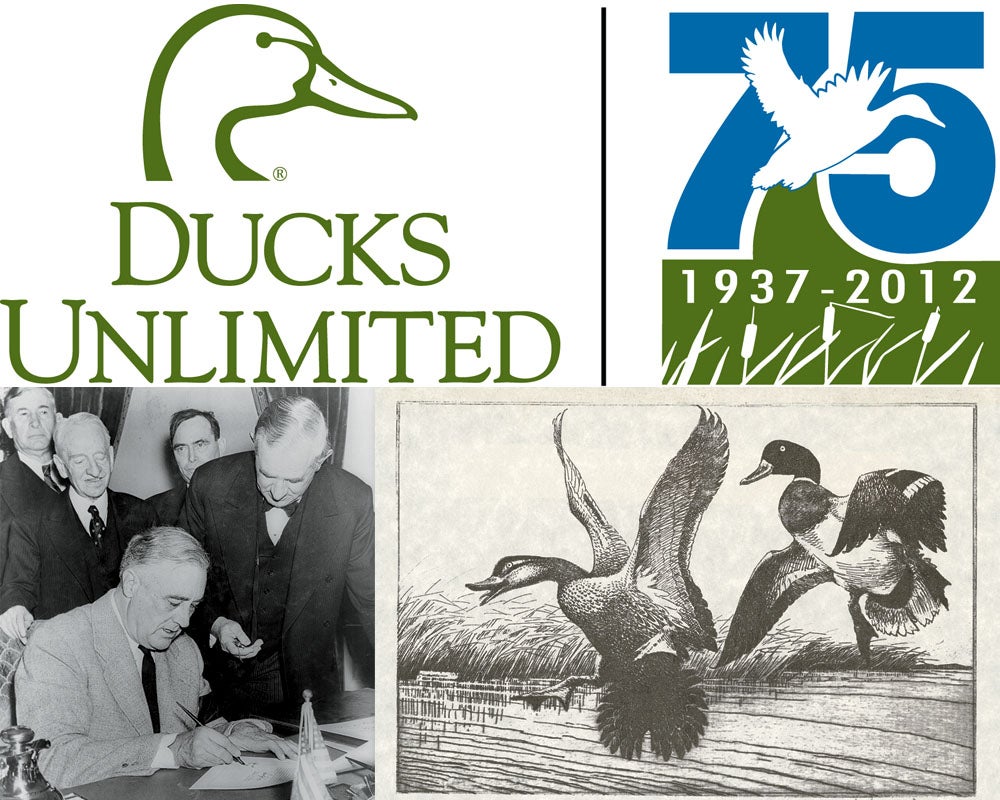 If modern waterfowl hunting has a touchstone, our figurative mile marker zero, it is surely that transformative moment 75 years ago this month when a small group of avid waterfowlers took bold action to help restore waterfowl populations devastated by drought and wetland drainage. Led by printing magnate Joseph Palmer Knapp and other members of the More Game Birds in America Foundation, these conservation pioneers founded a new organization with the singular mission of protecting and restoring wetlands in Canada, where the majority of the continent’s waterfowl are raised. The first announcement of this group’s creation was made by More Game Birds in its 1936 annual report:
_
The new organization would proceed with the preservation of unspoiled northern breeding grounds through cooperation with provincial and Dominion officials. Restoration of southern areas would be accomplished by selection and development of local projects after careful choice of the most suitable sites. Funds with which to support the work are to be obtained entirely through contributions from sportsmen in the United States–those who are the beneficiaries of the wild duck crops produced in Canada. “Ducks Unlimited” will be the name of the new Canadian foundation._ The description may have been dry, but the concept was revolutionary and would ultimately prove to be the genesis of our modern, sportsmen-based conservation model. A year after outlining their plan, the dream of Knapp and his colleagues became a reality. Ducks Unlimited, Inc.–the U.S.-based entity that would serve to gather and disperse funds–was incorporated on January 29, 1937, in Washington, D.C. Ducks Unlimited Canada, the entity that would actually carry out the founders’ ambitious plan, was incorporated shortly thereafter in Winnipeg, Manitoba, on March 10. The rest, as they say, is history. Ducks Unlimited has grown from those ambitious yet humble beginnings to become the largest sportsmen-based conservation organization on the continent and the single most important force for wetlands conservation and policy in the nation. But beyond that, DU is also tradition, a millions-strong, multi-generational tribe of like-minded individuals who are forever linked by the dual bonds of their love for waterfowling’s grand traditions and their fervent desire to see those traditions continue into the future. That is what makes DU so unique. To generations of waterfowl hunters, DU’s mission and its principles are the embodiment of that core philosophy, that melding of conservation ethos and hunting tradition, and perhaps most importantly, the knowledge that the two are forever and inextricably tied. For millions of waterfowlers, DU simply IS waterfowl hunting, and always will be.
**
Click through this gallery for a photographic timeline of the past 75 years of Ducks Unlimited history.** 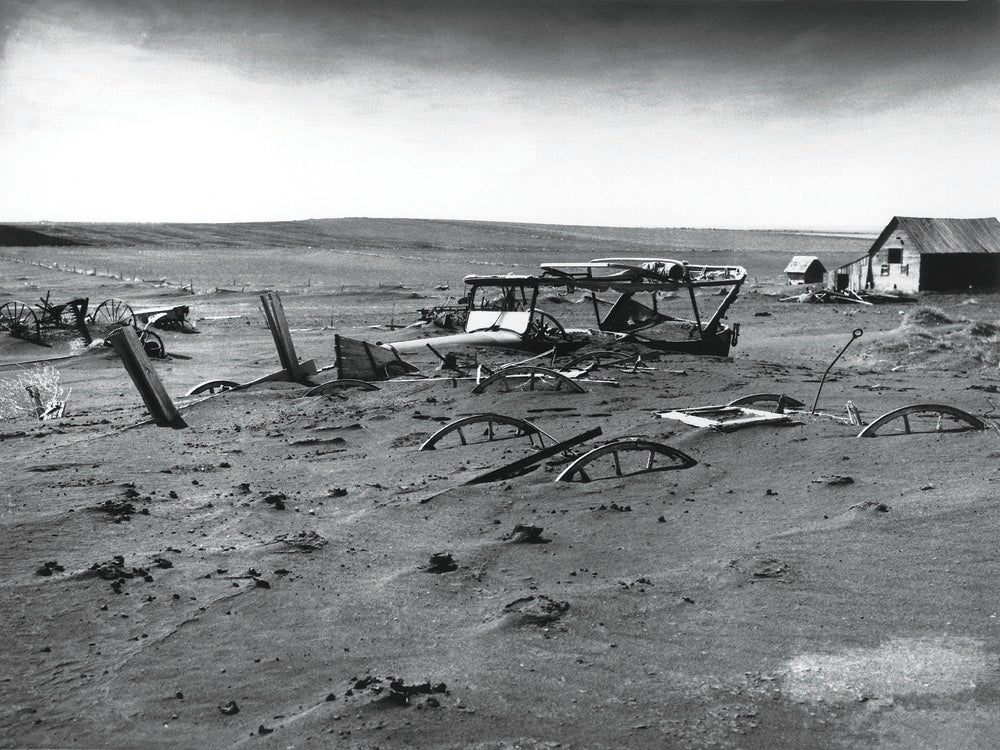 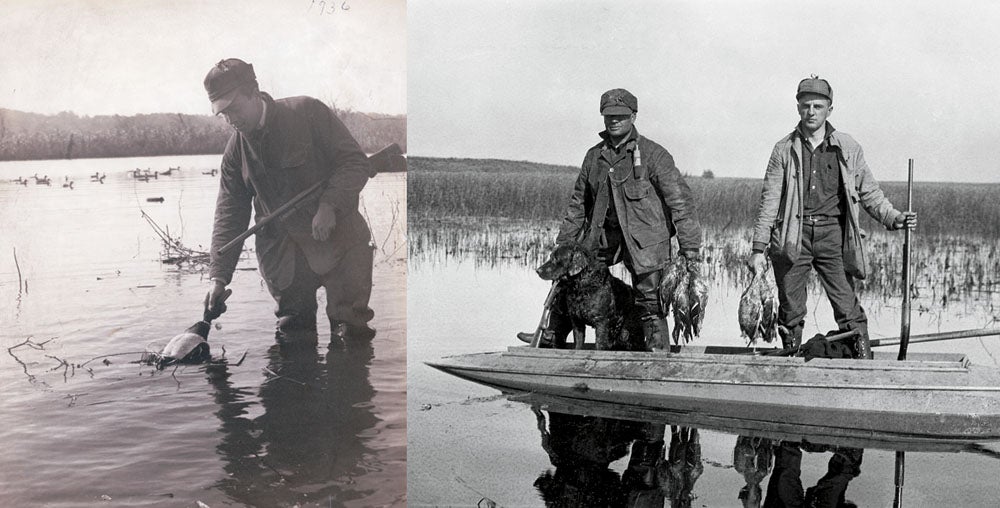 1936
Duck season is curtailed to 30 days and the harvest of once-abundant species such as canvasbacks, redheads, and wood ducks is prohibited. 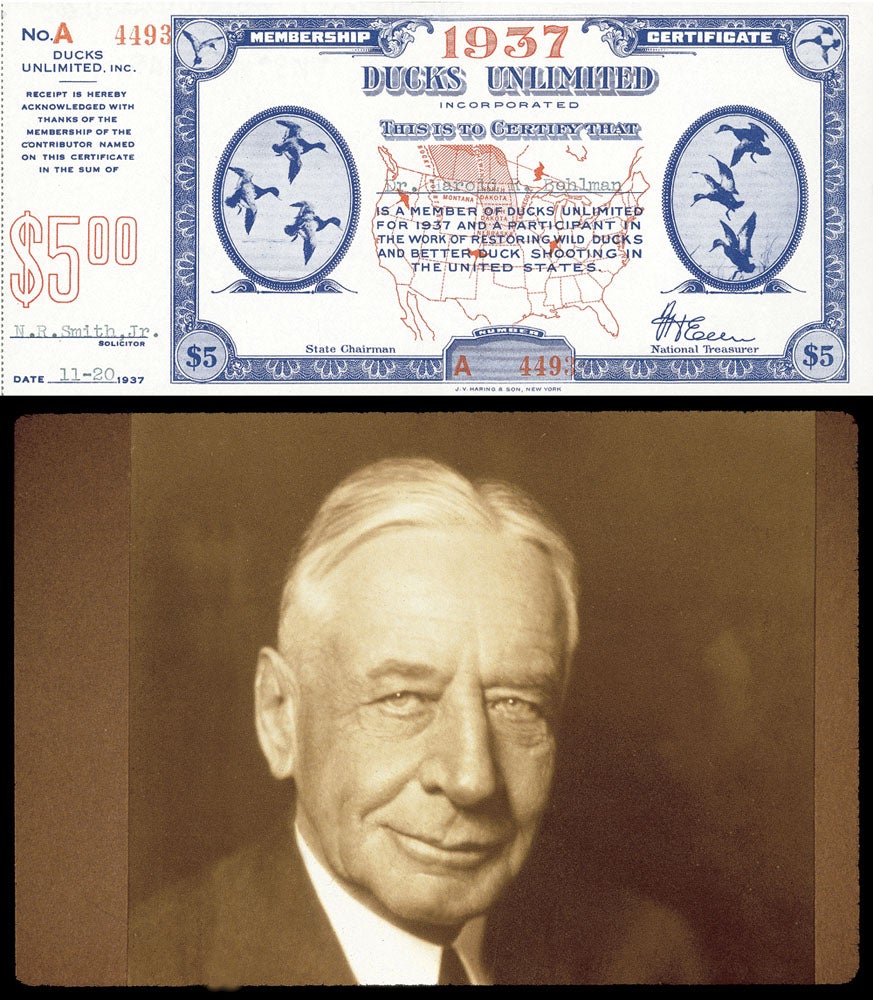 1937
Ducks Unlimited is incorporated in Washington, D.C., on January 29. Insurance and publishing mogul Joseph P. Knapp is the driving force behind the creation of More Game Birds and eventually Ducks Unlimited, though he was never an official board member or involved in day-to-day operations. 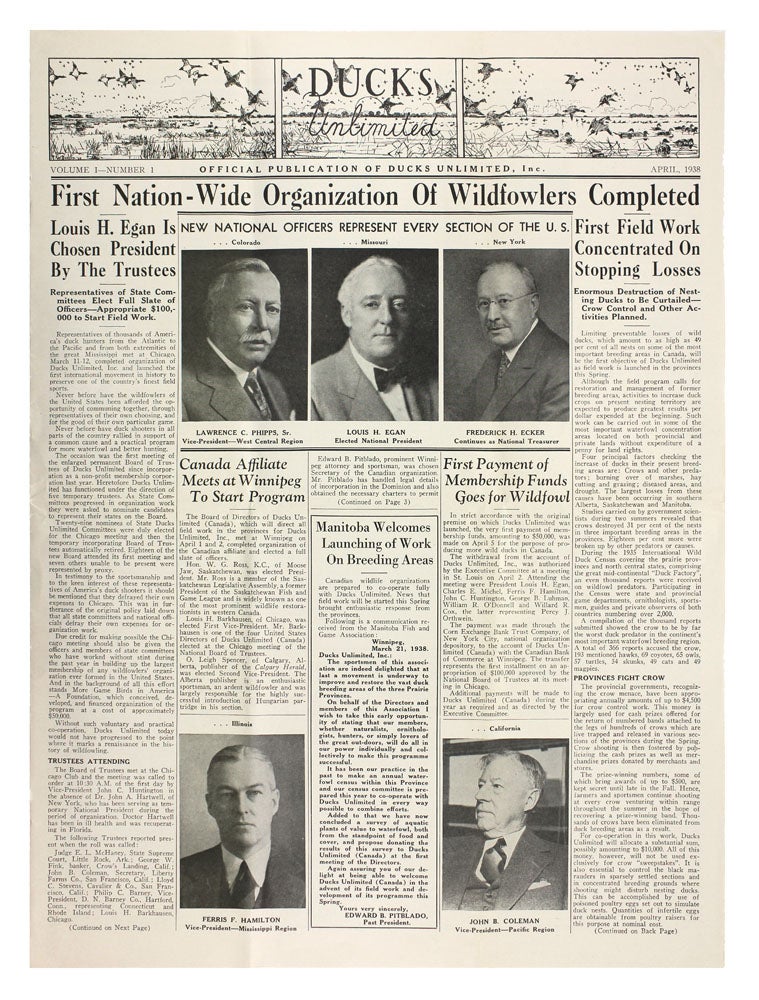 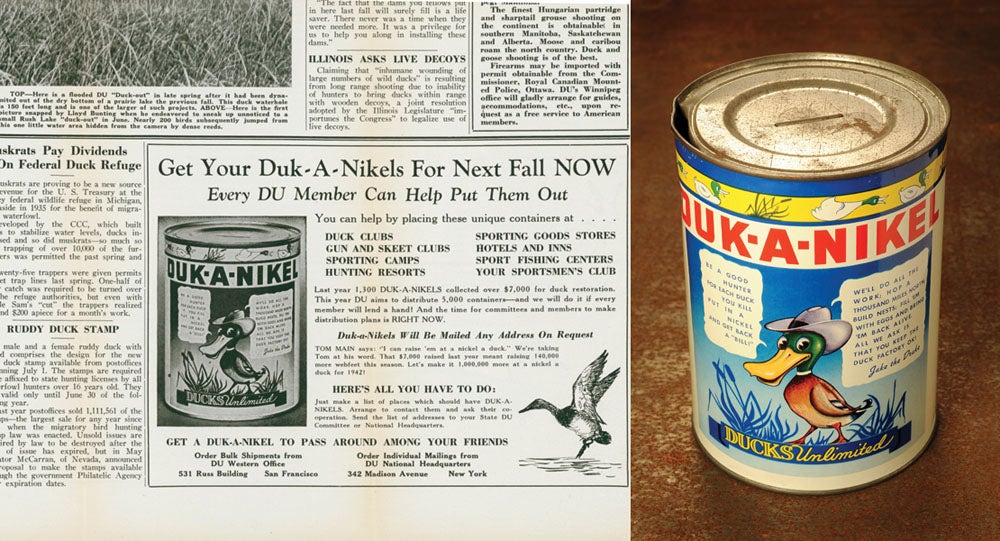 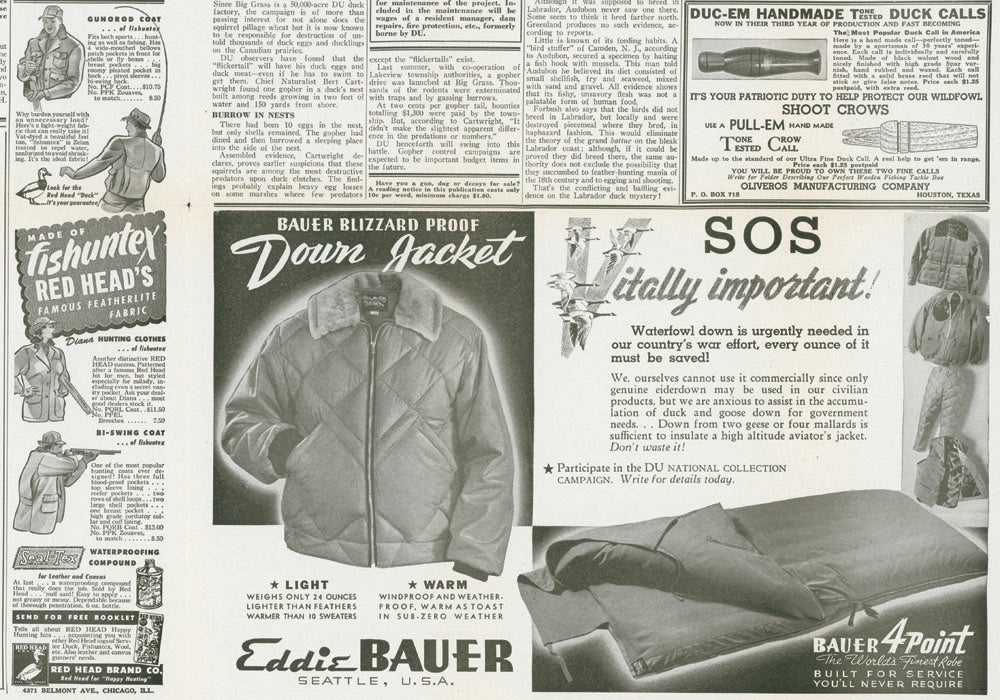 1942
DU launches a campaign with Eddie Bauer to collect waterfowl down to line aviators jackets, pants, parkas, and sleeping bags for the war effort. 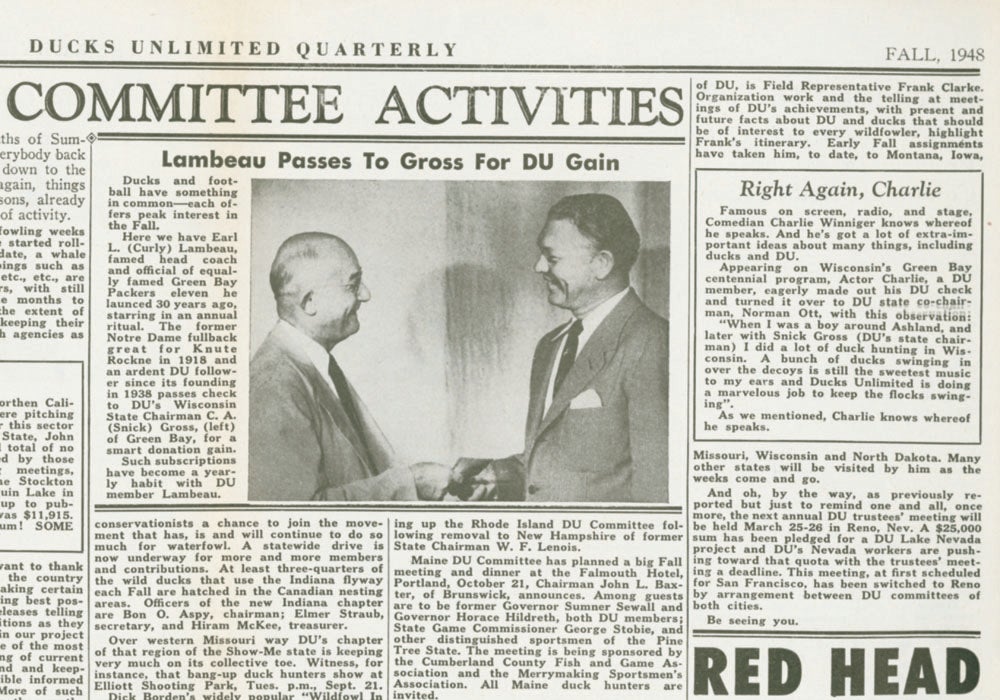 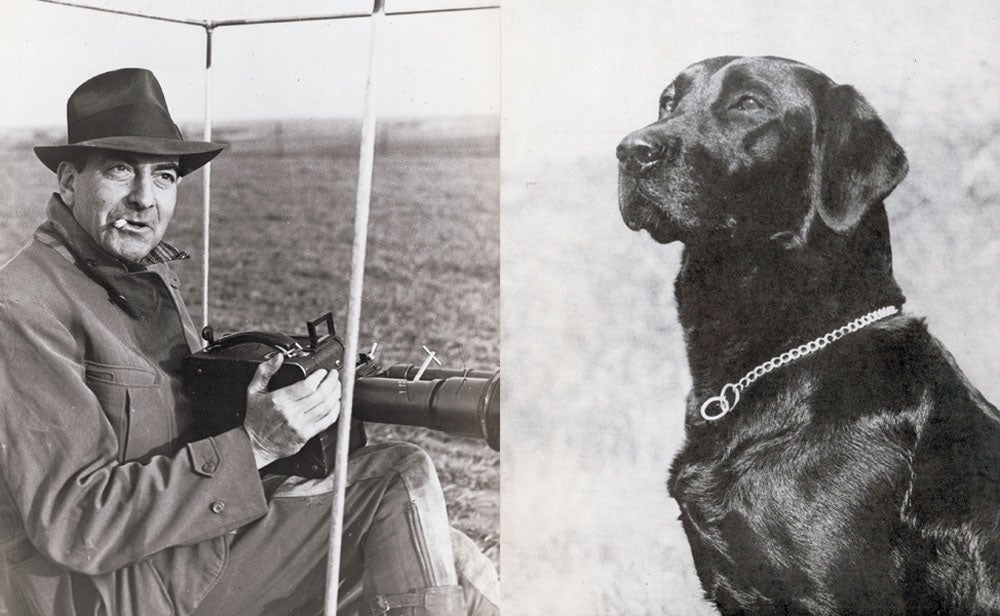 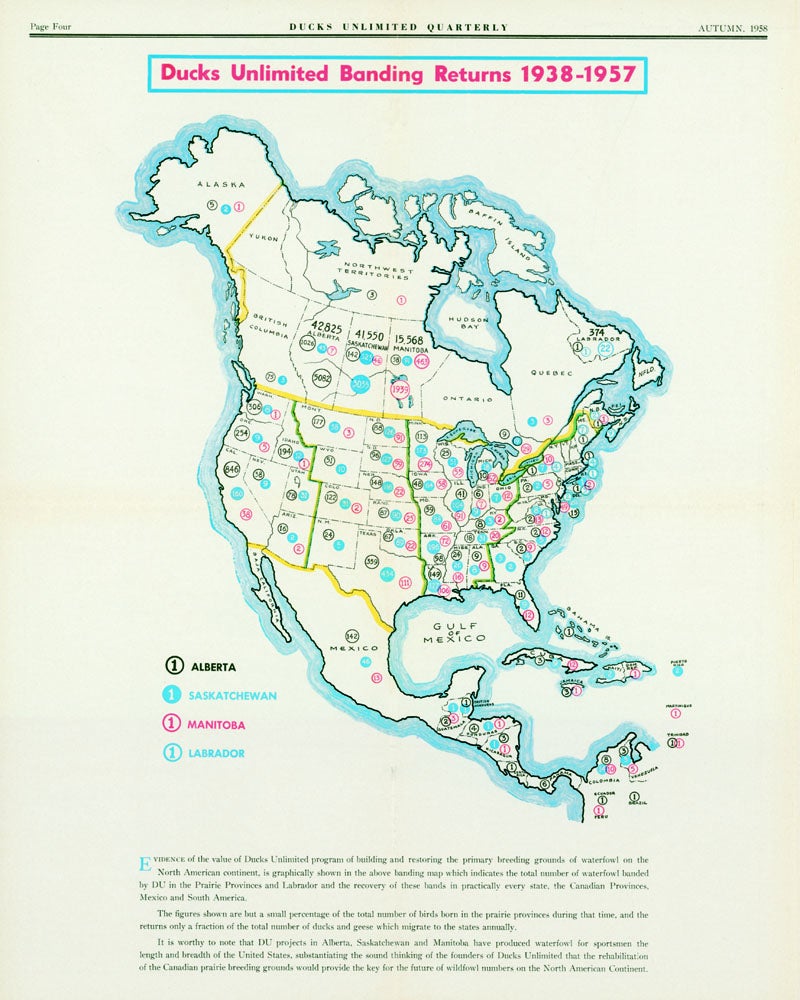 1958
DU’s autumn 1958 quarterly ran this full-page color map of banding returns from the previous two decades to illustrate “how DU projects in Alberta, Saskatchewan and Manitoba have produced waterfowl for sportsmen the length and breadth of the United States.” 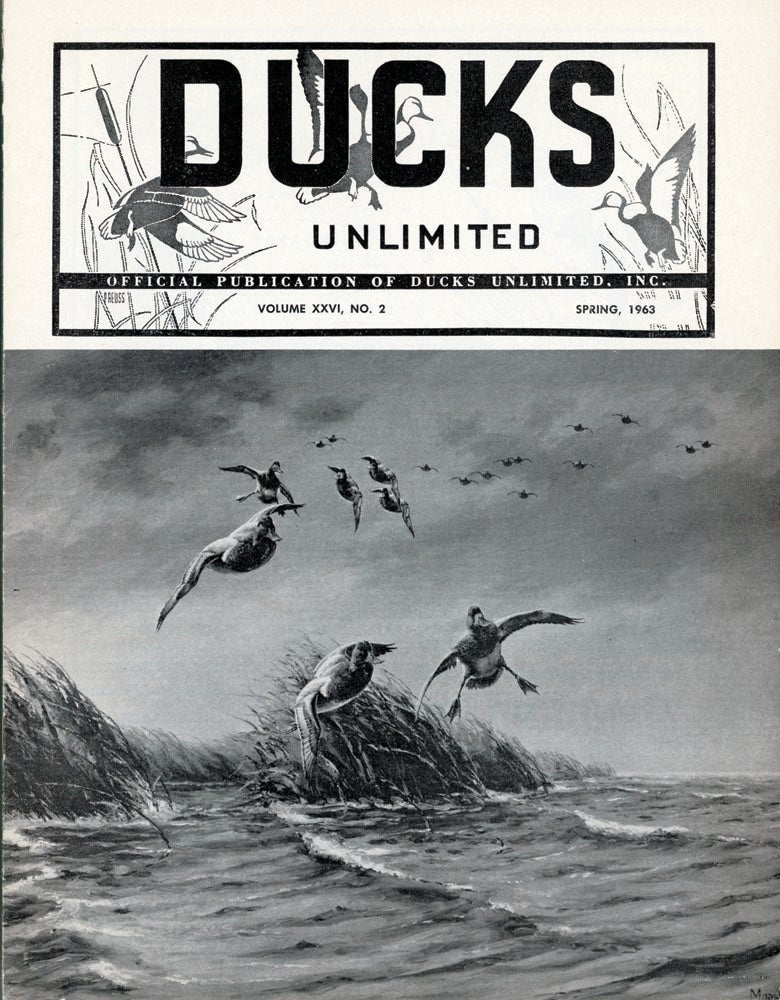 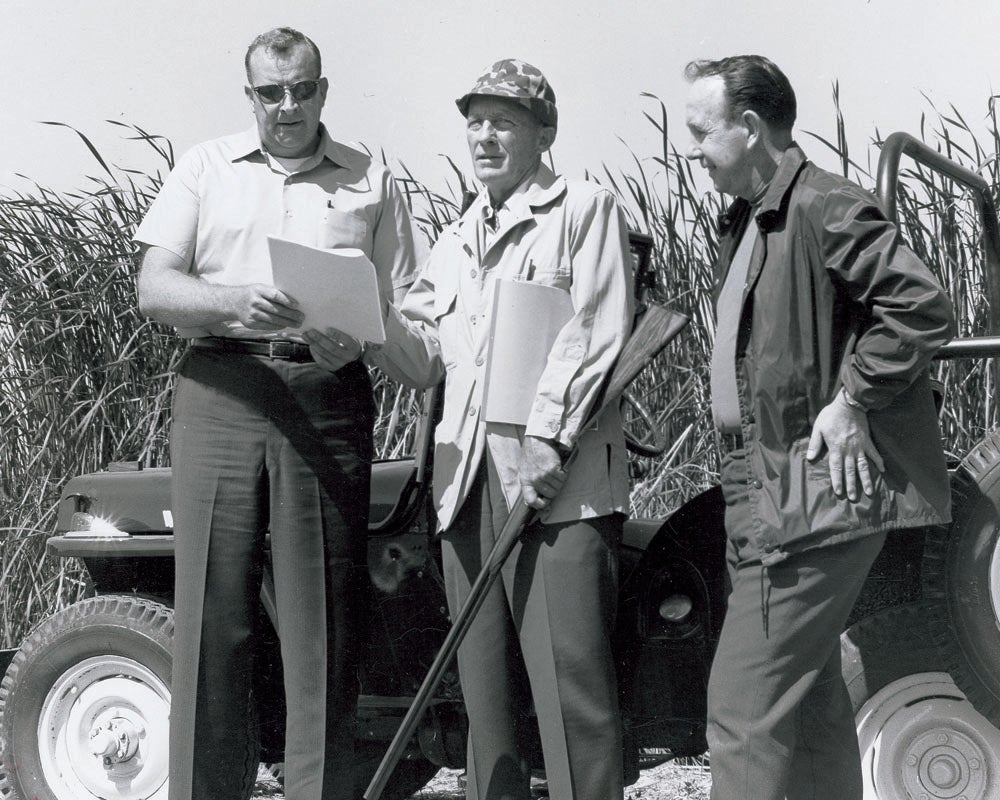 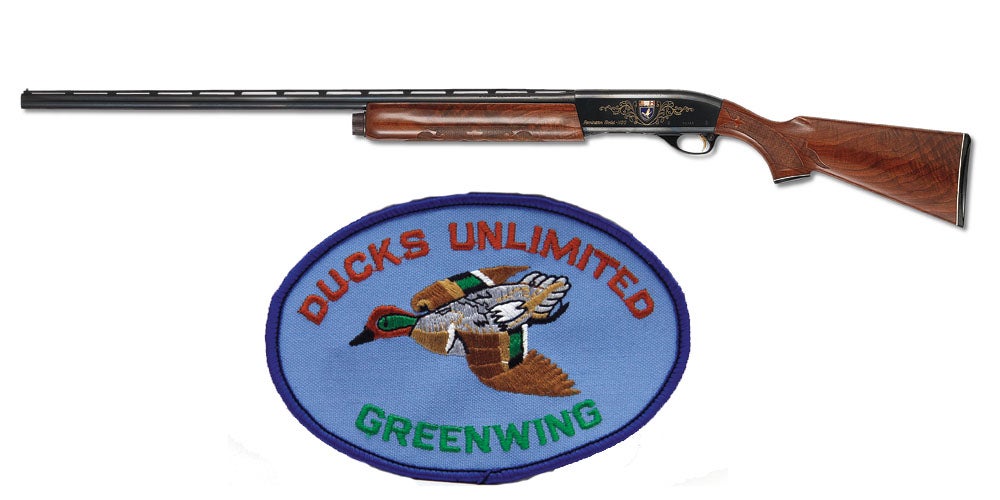 Gun of the Year program

1973
DU launches Gun of the Year program. Remington issues a special version of its classic Model 1100 autoloader to commemorate DU’s completion of 1,100 wetland projects in Canada. A limited edition of the gun was made available only through DU events. Ducks Unlimited magazine goes to a bimonthly publishing schedule. DU launches Greenwing program in 1973 to recruit and inspire the next generation of waterfowlers to support wetlands conservation. Today, DU has more than 50,000 Greenwing (17 and younger) members. 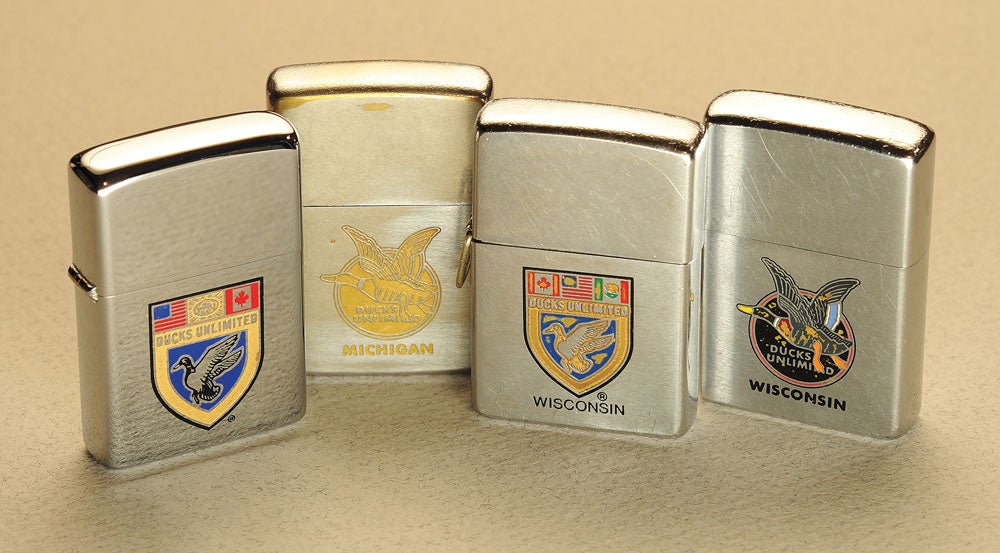 1974
With the rapid growth of the event system in the early 1970s, DU offers national event merchandise package, including art prints and shotguns as well as smaller items. 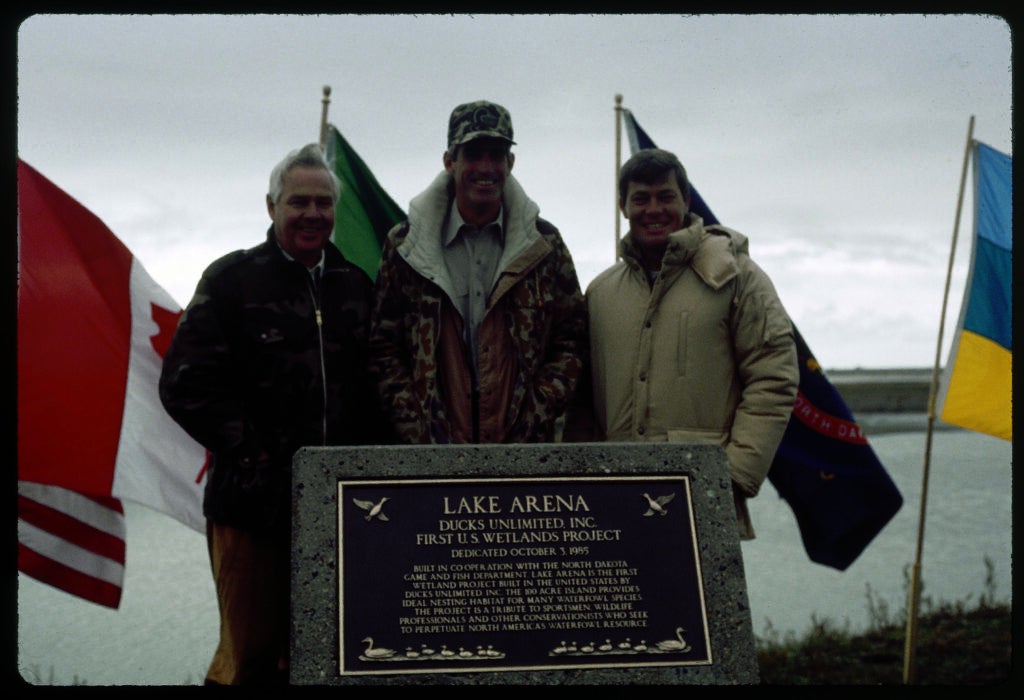 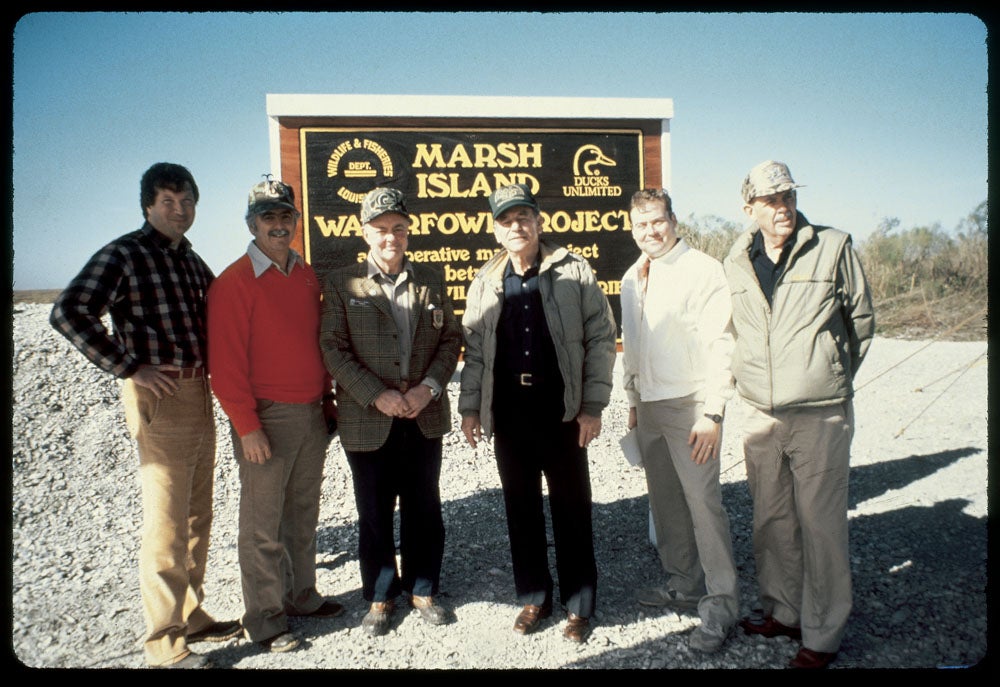 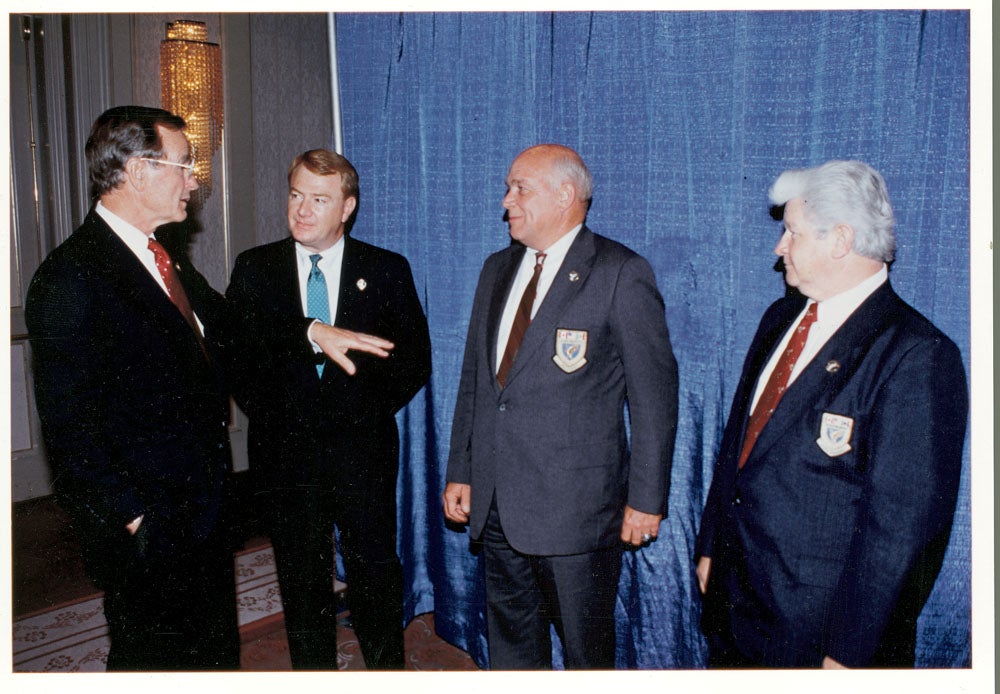 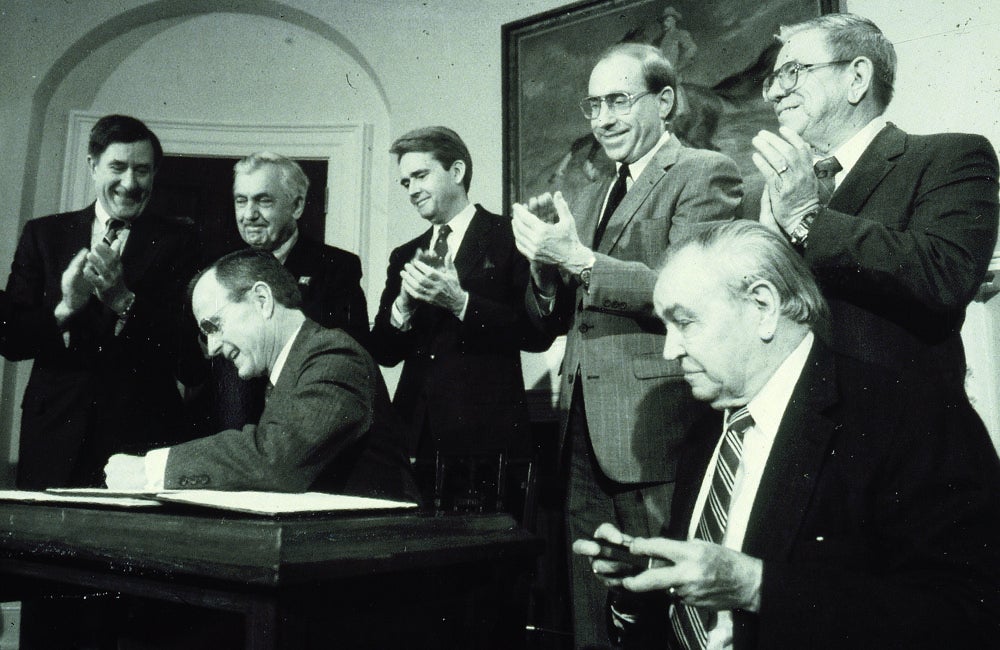 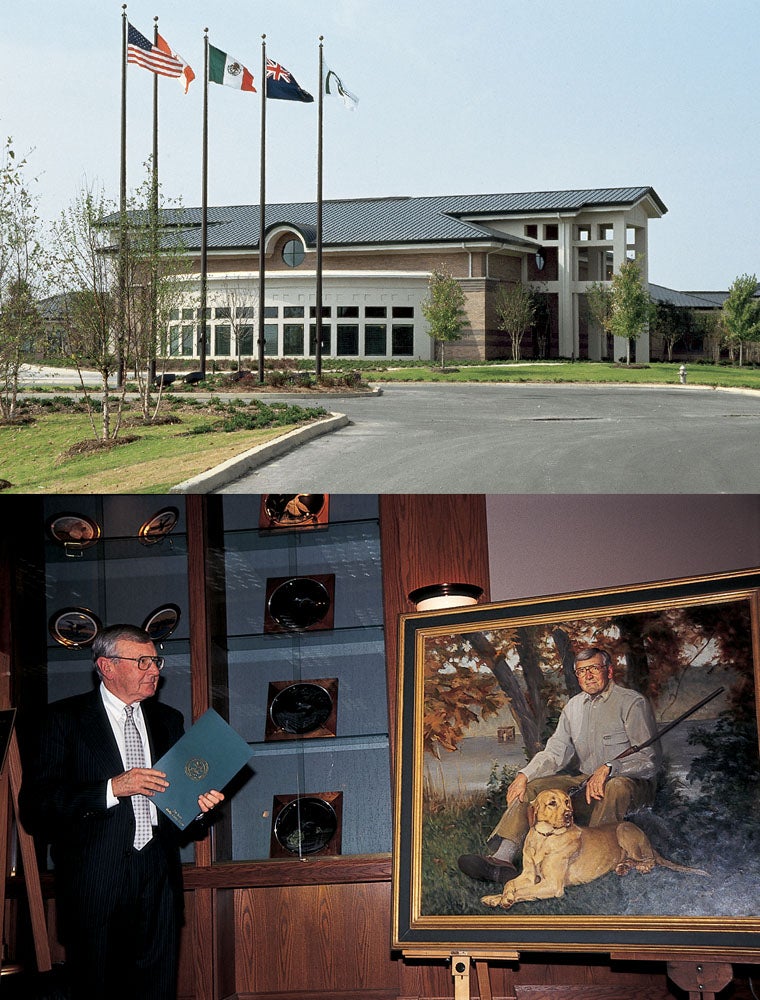 1992
DU moves its national headquarters from Chicago to Memphis, Tenn. The generosity of prominent businessman William B. Dunavant Jr. was instrumental in DU’s decision to relocate to Memphis. 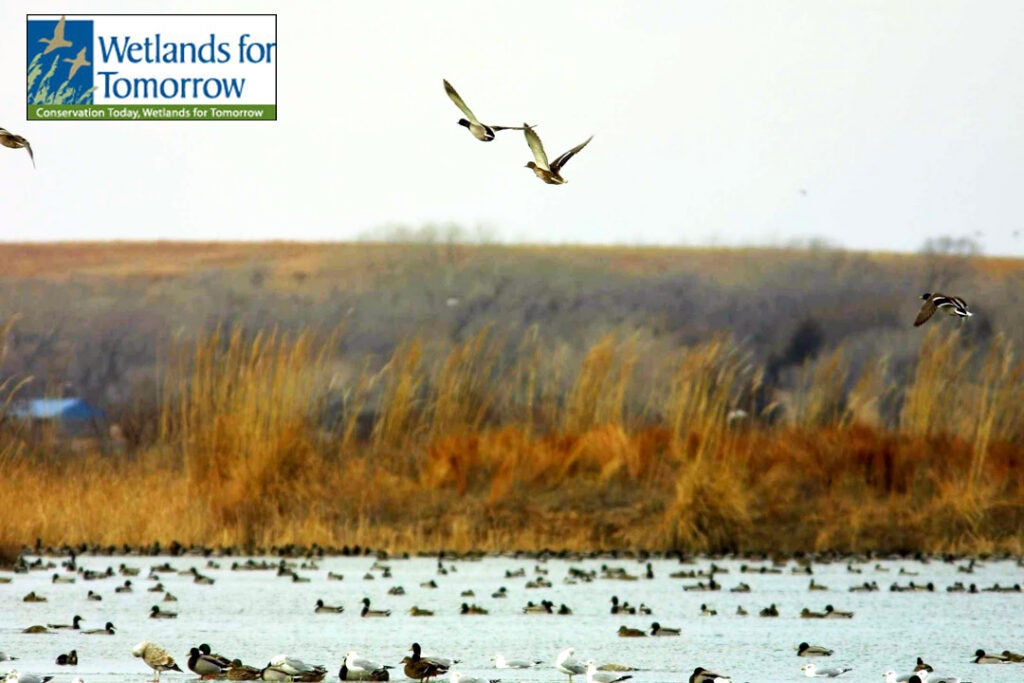 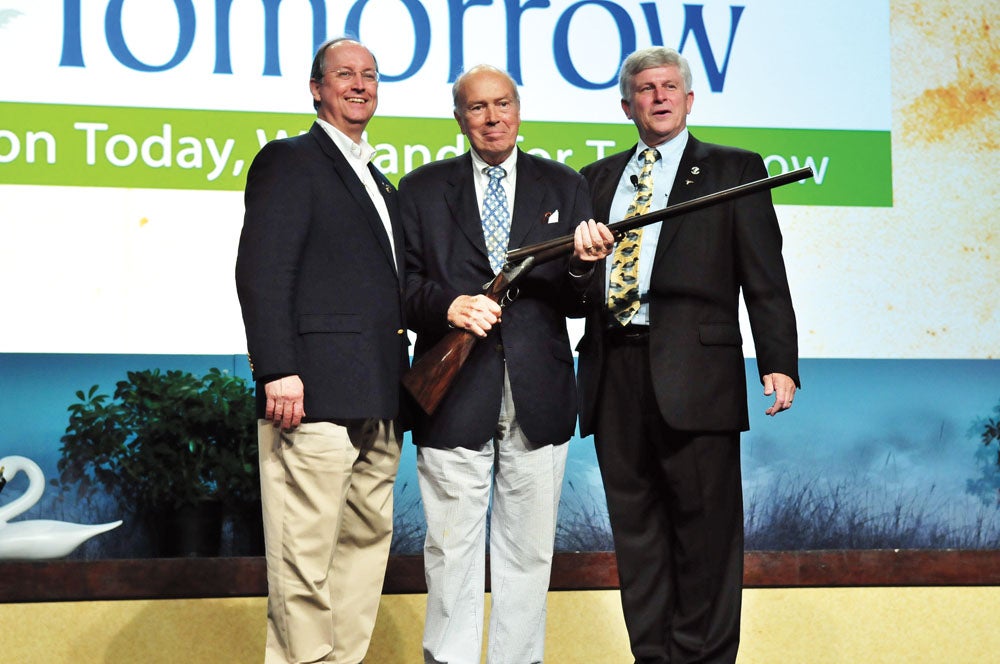 _Seventy-five years ago this month, a small group of avid waterfowlers took bold action to help restore waterfowl populations devastated by drought and wetland drainage. Led by printing magnate Joseph Palmer Knapp and other members of the More Game Birds in America Foundation, these conservation pioneers founded a new organization with the singular mission of protecting and restoring wetlands in Canada, where the majority of the continent’s waterfowl are raised.