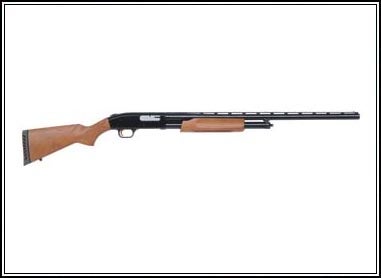 16. Mossberg 500
Unglamorous guns need love too, and there are few more utilitarian arms than Mossberg's bread-and-butter pump, which made its entrance in 1962. It figures not in verse and song, but it's affordable, and it works, and that is enough for thousands and thousands of shooters who swear by the 500. Like all hugely successful designs, it has been produced in many configurations and is in current use by the U.S. military, which is a sure sign that the thing is tough. When your Purdey balks and your Parker doubles, turn to the Mossberg 500, for it will not fail you. Field & Stream Online Editors
SHARE
Handguns
Rifles
Shotguns