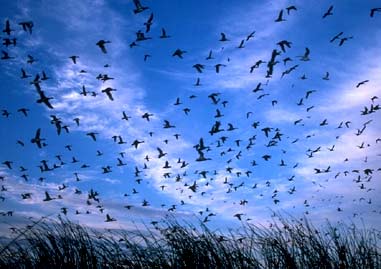 The numbers are in and they add up to what every waterfowler wants: more ducks. According to the preliminary report released by the US Fish and Wildlife Service, some 36.2 million breeding ducks populate the western prairies. More to the point, overall duck populations among the ten most-hunted species increased by 14 percent. In short, you should be in for some good (or at least better) gunning this year. Why the good forecast? "The stage was set last summer and fall when most areas had at least fair precipitation,-¿ says Ducks Unlimited chief biologist Bruce Batt. "That left ponds in better condition at freeze-up and also meant there was better-than-normal residual nesting cover on most upland habitats. The increased populations along with timely precipitation this spring and summer should help assure good conditions for a strong nesting effort and good wetland conditions for brood rearing.-¿ So let's get down to brass tacks. The following slides provide specific numbers on just how many mallards, teal, pintails, redheads, and other ducks might sail into your decoys this fall. Field & Stream Online Editors
SHARE
Bird Hunting
Duck Hunting
Ducks
Hunting
mallards