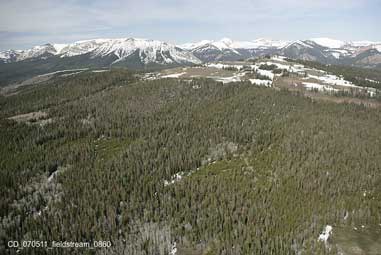 Combined, the Jonah Field and the Pinedale Anticline Project Area are among the largest, most profitable reserves in the Lower 48. The Jonah Field is 30,000 acres, and authorized for a total of 3600 wells. Pinedale, (locally called "The Mesa") is about 198,000 acres, and authorized for a total of 900 wells--and there's a proposal to add thousands more. But as those numbers go up, other numbers are going down. Mule deer usage of winter range in Pinedale has decreased 46 percent over the last five years. Sage grouse populations closest to development areas are threatened. As for antelope, their 6,000-year-old migration corridor between Grand Teton National Park and the Upper Green River Basin is being squeezed. Early studies indicate radio-collared pronghorns are avoiding newly-developed areas. Cameron Davidson
SHARE
Public Lands & Waters
Scouting for big game