Airport police shot the black bear after it turned aggressive 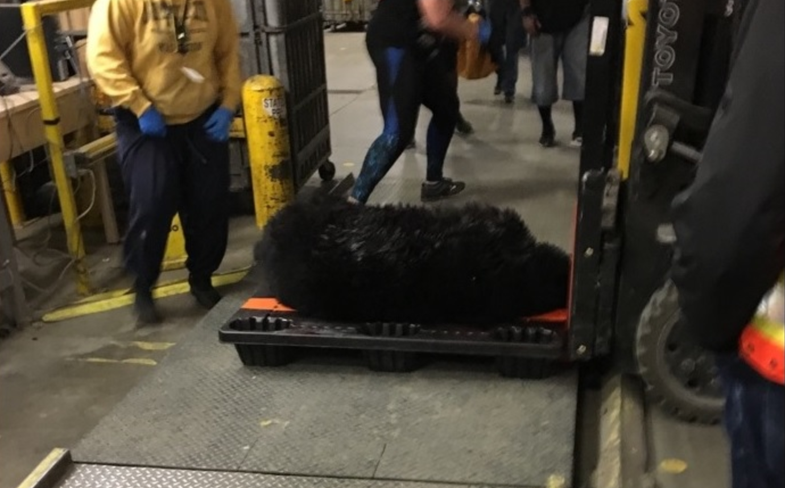 The bear being removed from the Anchorage Processing and Distribution Center. KTUU.com
SHARE

The mailman has more than dogs to worry about in Alaska. Bears are in the building.

“Of course you’re not going to confront the bear and wave him off,” Dawn Peppinger, post office marketing manager tells KTVA. “You’re basically gonna get out of harm’s way.”

Alaska Dispatch News reports the bear wandered in through a portal used for trucks loading and unloading packages at the Processing and Distribution Center. The public part of the post office was already closed for the day and the rest of the building was temporarily shut down while the bear was inside.

The bear ended up cornered by the garbage compactor where airport police shot it when the wild animal turned aggressive.

The male bear was part of an Alaska Department of Fish and Game research project. It was still wearing ear tags, but had lost its tracking collar. The 270-pound carcass was donated to University of Alaska Anchorage.