A hunt that came close to unraveling ended with what may be Mississippi’s largest typical buck on record. Josh Clark,... 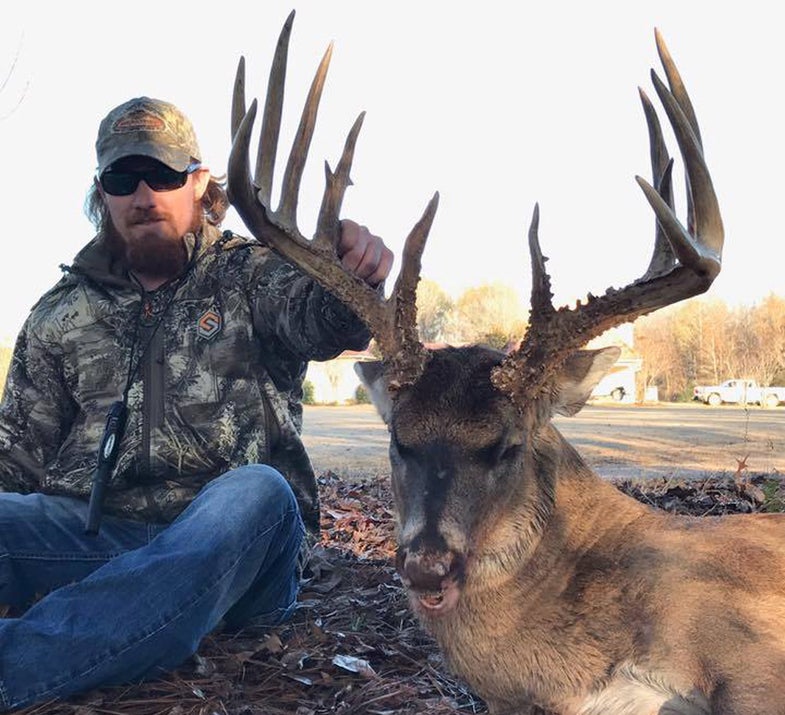 A hunt that came close to unraveling ended with what may be Mississippi’s largest typical buck on record.

Josh Clark, of luka, Miss., drew a tag for Zone 3 of the Canemount Wildlife Management Area in Claiborne County. He’d hunted in Canemount before but never in that zone. Clark noticed the area’s potential right away, telling the Clarion-Ledger, “It was crazy, the rubs I saw. The trees were the size of power poles, and the rubs were three and four feet high. I knew there was a big deer there.”

His confidence didn’t last long, though. His first two days of hunting the area passed with no sighting of the big buck. On Dec.14, his third day of hunting the area, and the final day of the season, Clark ventured to the creek bottom for one last sit. He laced the area with scent and did some rattling and grunting once he got to the stand. After getting no response, he deemed the spot a bust and decided that it was time to move on. “I lowered my gun to the ground,” he told the Clarion-Ledger. “When I stood up to turn around, I saw a main beam. I said, ‘Oh, my goodness.'”

Standing before him was the monster buck that patrolled the area. But Clark was out of position, with his rifle at the bottom of the tree. He quickly reeled his rifle back up and took a shot when the buck hit an opening. The deer bounded over a hill and Clark followed. Once he crested the skyline, he saw the deer lying dead.

The score of the buck remains a bit unclear, however. Mississippi Sportsman reports that the deer is a main-frame 11-pointer with 17 total points*, and that it scored 205 inches. The Clarion-Ledger reports, however, that the deer is an 18-pointer, and that later green scores put the deer closer to 200 inches. To claim the record, the buck will need to beat a net score of 184 6/8 inches, a record set in 2010 by James Saunders, after a 60-day drying period.