Fly, bait, drift, and troll. There’s a little bit of everything behind these monster catches currently pending world-record status with... 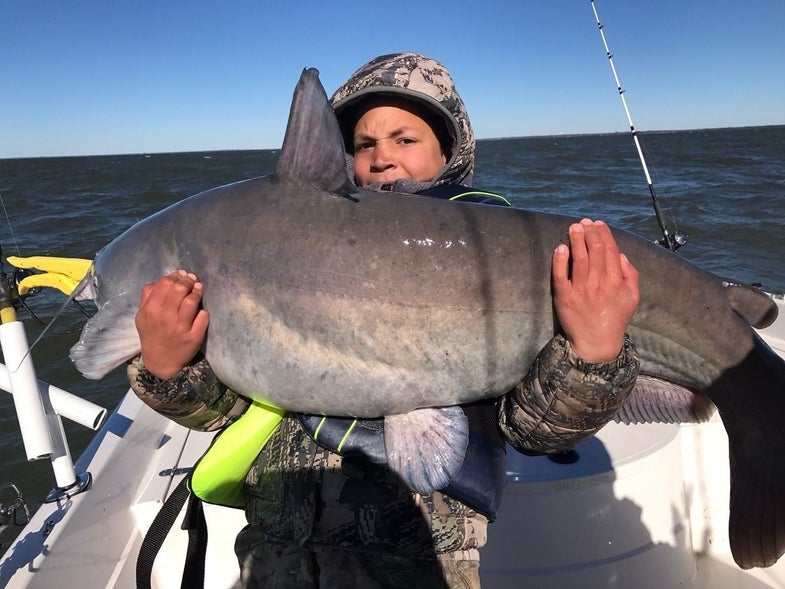 Fly, bait, drift, and troll. There’s a little bit of everything behind these monster catches currently pending world-record status with the International Game Fish Association.

Dylan Sorrells, age 10, sports a facial expression that says “hurry up, this fish weighs more than me.” The young boy caught the 54-pound, 9-ounce blue catfish in Lake Tawakoni, Texas. He tickled its whiskers with cut shad in late January. Sorrells could become the world’s new male-smallfry record holder. The current record is 48 pounds, 9 ounces.

A fly lured this grayling out of the water for Richard Hart in January. The 18.5-inch catch comes from Casterbridge Fishery in the United Kingdom. The fish stands to break the all-tackle length record. His chosen hackle pattern, however, is not up for discussion.

There’s enough tuna sandwiches here to fill this kid’s school lunch for the rest of the year. Ben Arthur Shaw caught the 284-pound, 10-ounce bigeye beast on New Year’s Day. He was trolling off the coast of New Zealand. The fish liked the red gill Shaw was putting down. He’s after the current male junior record, which stands at 234 pounds, 2 ounces.