Use those September afternoons to your advantage 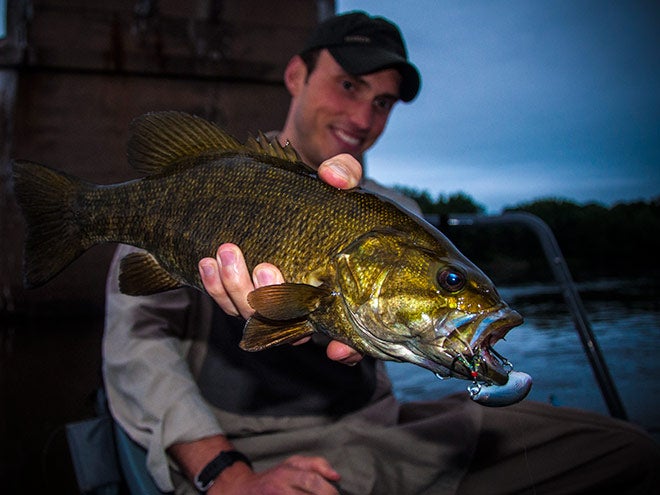 School-age kids hate September. Even if you’re a grown-up, it’s still kind of an end-of-summer bummer. And it can be worse if you love to fish. Those 30 days often leave an angler stuck in between waning summer patterns and fall bites that won’t develop for weeks. I’m in limbo—missing mayfly hatches and dreaming about Halloween stripers. False albacore can take the edge off if the run is good, or I may pencil in a Great Lakes salmon trip. Ironically, my favorite ray of September sunshine stems from the fact that the sun sets so much earlier than it did in July. For me, September is the month of midnight bronze. Oh sure, you can catch topwater smallmouths after sunset all summer, but come September, I swear those smashes ring out louder than the first-period bell, and the fish that do the ringing are often heavier than the average dog-day taker.

In most of the country, a September afternoon can reach the same sweltering temperatures that you fought in August with a dip in the pool. Lengthening nights, however, can make smallmouth fishing excellent after sundown. In summer, the water had less time to cool off between UV beatings, and moving-water bass favored hatching insects or smaller baitfish. Now, big bronzebacks may be sluggish at midday, but the evening relief will get them on the hunt. They can feel autumn coming, and when they prowl after dark, they’re often looking for a real meal.

Poppers have yielded some memorable September night blowups, but most of the time, I’ll start out with a black Jitterbug. It may be blasphemy to fans of this classic lure—sorry guys—but I like the jointed version. A gurgling Jitterbug can be heard underwater from a great distance, and whether a bass thinks the lure is a mouse, frog, or injured shad, it will be able to home right in on the target thanks to the milk shake–thick bubble trail a Jitterbug leaves in its wake.

Another reason the Jitterbug shines is that all you have to do is cast and reel, and you can hear the lure throughout the entire retrieve. Sound and feel are all you have to go on, and if you hear a shot but don’t feel a tug, a Jitterbug still remains in play at rest, giving a fish a second chance to hit.

Guide Travis Edens (wegofish.com) makes his bacon chasing smallmouths on the Shenandoah River along the northern border of Virginia and West Virginia. Over the years, September nights have produced lots of 20-plus-inch bass on the fly for him. He favors poppers, as they can be worked slowly. But for Edens, what’s most critical for scoring is picking the right September night, and standing in the right place.

“I’ve noticed that the biggest fish move really shallow after dark,” Edens says. “While you don’t necessarily need a full moon, some moonlight is a good thing. Most important is knowing the distance to the bank from where you’re standing, and being familiar with any obstructions. Get in position and then don’t move. Flats adjacent to deeper water are often the best.”

How long this September night mayhem lasts hinges on how hot or cool the month is overall. As a general gauge, Edens says once the flow starts to dip below 70 and stay there during the day, those late-night sonic booms will become fewer and farther between. Whether I’ve gotten my fill or not by the time the night bite fizzles, I’m always sad when that door closes. The only consolation is that I’m one step closer to having all the other great fall bites open wide.

GEAR TIP: Glow for it

Throwing a Hex or mouse fly after dark? Scientific Anglers’ new Frequency Magnum glow line ($60; scientific​anglers.com) has you covered. The aggressive front taper of this floating line (available in weights 5 through 9) lets you shoot with minimum false casts, a huge plus at night. Just recharge the glow as needed with a UV flashlight, so you always know when to mend, feed, or ram the hook home, even under the darkest new moon. — J.C.