Rats Being Trained to Sniff Out Wildlife Traffickers

The African giant pouched rat is being trained to rat out wildlife traffickers. According to LA Times, the rodents, which... 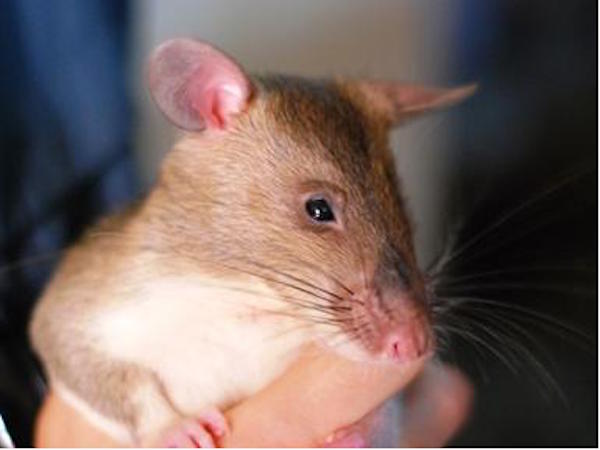 The African giant pouched rat was chosen for the training program due to its demonstrated teachability and highly developed sense of smell. U.S. Army Research Laboratory/Flickr
SHARE

The African giant pouched rat is being trained to rat out wildlife traffickers.

According to LA Times, the rodents, which can grow to 3 feet and live for nearly a decade, have a highly developed sense of smell, and are already used to detect land mines and tuberculosis. Now, they’re learning to sniff out illegal shipments of black-market hardwood and pangolins, which have been called the most trafficked animal in the world. Pangolins, an endangered, anteater-looking mammal, are commonly trafficked for their scales, meat, and blood.

“[The rats] are agile for a shipping port environment and export warehouses,” wrote Adam Pires and Kirsty Brebner of Endangered Wildlife Trust’s Wildlife in Trade Program via email. “And their small size makes them cheap and easy to transport.”

The rat training, which started in October in Tanzania, is one of 12 projects worldwide funded by U.S. government grants, totalling more than $1.2 million, to combat wildlife trafficking. “These grants provide much-needed resources to support projects on the ground, where wildlife trafficking is decimating some of the Earth’s most cherished and most unusual species,” said Dan Ashe, U.S. Fish and Wildlife Service director in a press release.