The Real Protectors of Public Land 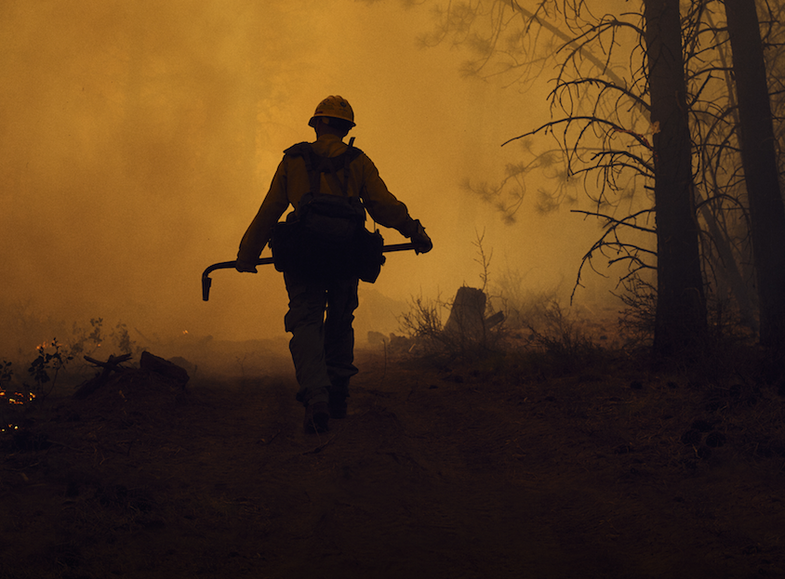 Rock Creek was on fire. My wife and I could see the smoke in the distant hills, and we could smell the burning timber whenever the breeze stirred. We were in Missoula, Mont., last week on assignment for Field & Stream, and we’d planned to fish Rock Creek as part of the story. But the blazes had forced officials to block access to the river, and as our plane took off Tuesday morning, headed back toward the East Coast, I could see the red glow of the flames in the mountains. The fire has since burned some 15,600 acres, and it’s nowhere near contained.

Much talk among outdoorsmen over the past couple years has focused on protecting public lands in a political sense, to prevent a handful of congressmen from transferring them to state control. But somewhere in the mountains around Missoula, there are smokejumpers working, at this very moment, to protect our public lands in a physical sense, by keeping flames from consuming the resource. And it’s these men and women who are the focus of a new photo essay by Cole Barash, commissioned by Filson, which I recently had a chance to preview.

The project celebrates the smokejumpers and firefighters of the United States Forest Service, and it grants an intimate look into the lives and work of these elite crews. The rigor required to fight wildfires necessitates that smokejumpers stay in top physical shape, and they must learn how to manage adrenaline as they face down the flames. They must trust one another fully, whether in the woods or when sewing and repairing the gear they rely on. It’s no surprise, then, that the men and women who serve on these crews form familial bonds, which comes through in Barash’s work.

The conservationists and outdoorsmen who have pushed to keep public lands in the hands of all U.S. citizens deserve applause. But Barash’s photos serve as a reminder that the fight to conserve these wild places extends back long before #keepitpublic was trending or before it was hip to wear a “Public Land Owner” t-shirt. Smokejumpers are on the front lines fighting to save the land upon which outdoorsmen and wildlife depend, and they have been since 1940, when the very first crew stepped off a plane high above Idaho’s Nez Perce National Forest and descended into the flames.

See photos from the series and a short film below.