Season your whitetail with the flavors of a Southeast Asian classic 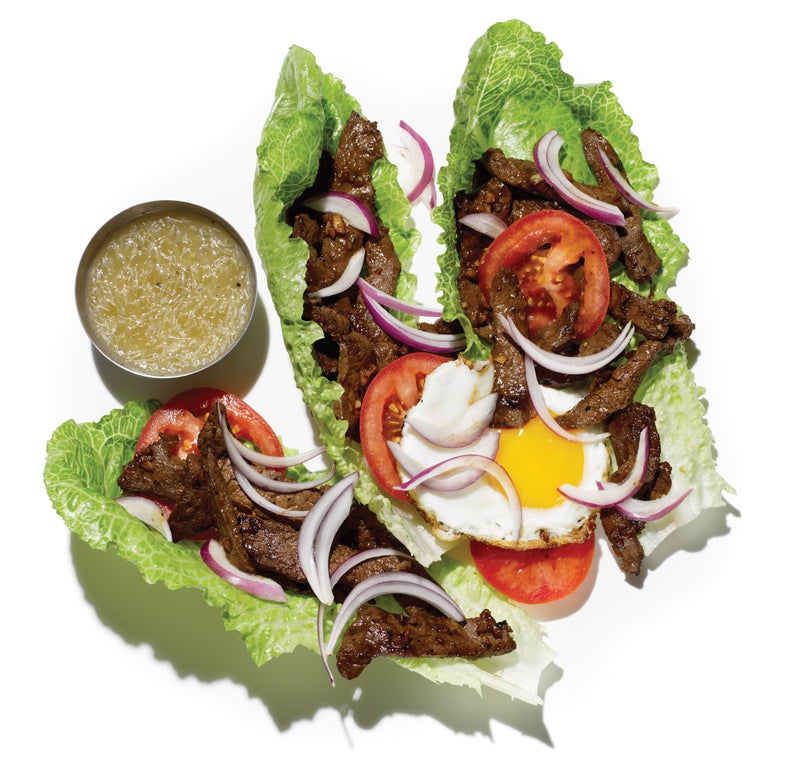 A combination of stir-fry and salad, Lok Lak is a popular staple in Cambodia. It’s usually made with beef, but in olden times, in the country’s mountainous areas, venison would’ve gone sizzling into the wok. The clash of the two sauces—a dark savory cooking sauce and the bright, sharp lime dipping sauce—packs some explosive flavor, making this a good choice for a roast from an older whitetail buck or another subprime cut. Just make sure to cook the venison quickly and in a very hot pan to prevent chewiness. Consider the fried eggs optional, but they add some lushness. For heat lovers, throw in some thinly sliced jalapeños. Serve with white rice on the side and a cold lager or pilsner at hand.