Return of the Remington 870: Could the Iconic Pump Be Better Than Ever?

As Remington’s new owners look to resume production, here's what our shotguns editor would like to see 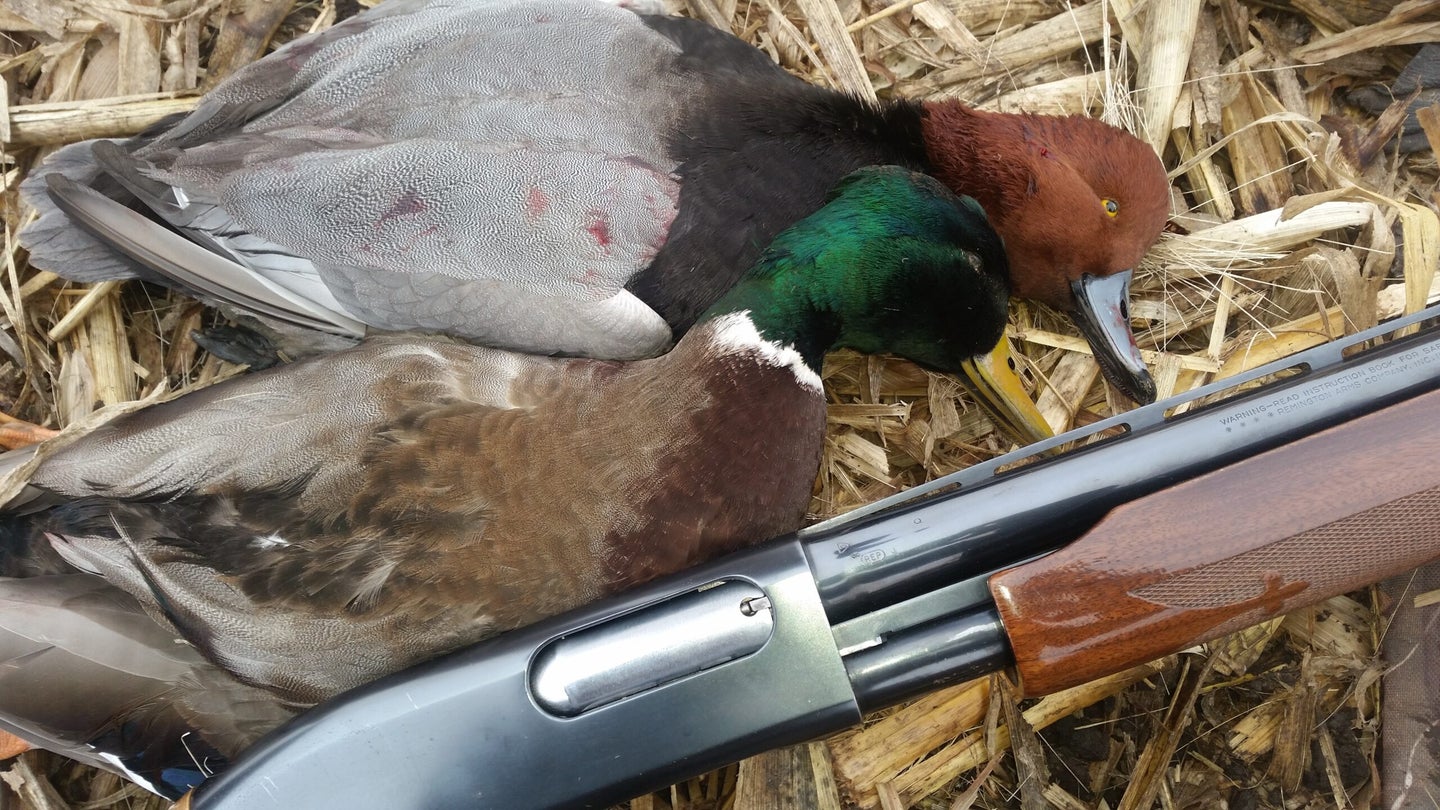 With the welcome news that RemArms and the United Mine Workers have reached an agreement that may result in guns rolling out of the Ilion factory by the end of this month, we can start speculating about what the new owners will do, and what the guns they make might look like. All I’ve heard so far is that they plan to focus on the 870, perhaps much as Savage began its comeback in the late 1980s by focusing on a single product, the Model 110 rifle.

I hope so, because Remington needs to come back. Remington’s bankruptcy marked a sad chapter in the decline of a great gunmaker. “Iconic” is a word that has been used so much it’s lost nearly all meaning, but Remington rates as a true American icon.

The company’s factory dominates the little town of Ilion, which is tucked into a pretty upstate New York valley that looks like a great place to hunt deer and turkeys. The building has been there since 1826, when Eliphalet Remington expanded his gun shop on the newly built Erie Canal so he could ship guns by literally dropping them onto the decks of passing flatboats. The factory grew to its present size over 100 years ago, as the company expanded to produce guns and ammunition for WWI. It became a four-story brick building so big that a night watchman walks 7 miles to make a single round of the place. It was a genuine thrill to drive through the gates on my first visit in 2000 and see “Remington Arms Welcomes Phil Bourjaily” on the sign in front of a parking lot full of 1,000 worker’s cars.

In short, there’s a lot at stake here, and the new owners owe it not only to themselves but to all of us to get this right. It’s no secret that among the company’s many problems that lead to its bankruptcy and sale was declining quality. On my second visit, around 2007, I “made” a gun, which means I put the trigger group into an already finished 870 Express and checked it for headspace, and then they gave it to me.  It had all the ills of an 870 of that era: Shells wouldn’t extract. The action was rough, out of time, and plagued by failures to feed. The cheap laminated wood stock peeled. It’s the only gun I have ever thrown away after stripping it of useful parts. It used to be that the most common reader question I fielded was, “Should I buy an 870 or a Mossberg 500?” Just before the company went under, I’d switched my answer to “Model 500.” Don’t get me wrong, Model 500s are fine working guns, but the 870 was always meant to be more than that. So, let’s start there on my wish list of what Big Green’s new owners could do with their shotgun lineup.

Quality, as the old Ford ads used to say, needs to be Job One at the new Remington factory. If it’s true that the new ownership plans to start with the 870, that’s good news. There is still a ton of gunmaking experience among the Ilion workforce. They can make great guns if that’s what the new owners want to do. My fear is that they’ll start cranking out cheap pumps to meet the high demands of the moment and continue the race to the bottom, which they will inevitably lose to guns from Turkey and China. My hope is that they will go in a different direction.

Prior to the bankruptcy, the company had been in the midst of a project they called “The 870 Refresh.” A new, upgraded budget 870 would replace the Express. It would have better wood with a better finish; it would function more smoothly; and it would not be a gun designed to compete head-to-head with $250 foreign-made guns. Picking up where that project left off would be the perfect first step for RemArms. The race to make ever-cheaper shotguns took a toll on the 870’s quality, and the Refresh project was, well, a refreshing step in the right direction.

Likewise, the better-finished 870 Wingmaster needs to be restored to its early-90s glory. The first 870s with the then-new Light Contour barrel combined the quality and handling of older Wingmasters with the convenience of choke tubes, making them among the best, most useful 870s ever. It won’t be a big seller, because making a Wingmaster the right way probably entails a $1,000 price tag, but the gun is an American classic and deserves to be made with care for those people who still want one. There should be Wingmasters in all four gauges, and maybe a 16, too, if RemArms wants to go to the expense of designing a true 16 gauge receiver rather than sticking a 16-gauge on a 12-gauge frame. “The Return of an Icon” is not just a good marketing pitch; it’s something shooters will pay a slight premium for.

Read Next: The Story of the Remington 870

First revolutionary in 1963 as the first reliable gas semiauto and then revolutionary again when remade into the first widely-accepted “all-load” 2¾-and 3-inch semiauto in 1987, the 1100/11-87 had lost a step. It’s still a great gun, though. It fits almost everyone and has very soft recoil. In recent years, Remington trimmed the lineup down to target guns in four gauges and a Sportsman hunting model. I’d like to see them keep the target guns and offer them with 30-inch barrels in all four gauges. Remington could lose the 11-87 Sportsman, or, if not, give it a finish other than the bead-blasted steel that rusts if you breathe on it.

4. Give the V3 and VersaMax a Makeover

You can complain about the old Remington’s quality control and be impressed with their innovation at the same time. The 3½-inch VersaMax and the 3-inch V3 took the Benelli Argo gas system as their inspiration and ran with it. These two semi-autos functioned using the simple Versaport system that regulated gas flow by staggering ports in the chamber. The longer the shell, the more ports it blocked, assuring that the guns always had just enough gas flowing into the action to drive it. Both guns were reliable and extremely soft-shooting. I keep a black synthetic V3 for bad weather and to teach and loan to new shooters, and it’s a terrific, reliable gun.

In their previous incarnations, both guns looked cheap. Remington got the insides right and the outsides completely wrong. It’s not just that they had synthetic stocks. Beretta and Benelli can make plastic-stocked guns that look good. Remington never did. The low point had to be the bright-green VersaMax Zombie gun, but neither the VersaMax nor the V3 has ever looked anywhere near as cool as the competition’s semi-autos. They need a facelift, and the lines need to expand. There was talk of a 20-gauge V3 prior to the sale, and that would be a welcome addition. A V3 target gun would be a winner, too.

Much as I hate to say it (and to contradict myself), if an upgraded and better-looking V3 wound up putting the 1100 out to pasture someday, I could live with that. It’s softer-shooting and runs longer between cleanings. We all got over the discontinuation of the Browning Auto 5 after almost 100 years, and the 1100 has had a 50-plus year run.

Not all innovations are good innovations. The 887 was armored in plastic from butt to muzzle and intended to compete with the Benelli Nova. It was hideous, ungainly, and not as slick as a good 870. It’s out of the lineup and needs to say out of the lineup.

These last two may be a bit pie-in-the-sky, but, hey, this is a wish list after all.

Remington has been out of the break-action business for too long. Neither the Peerless nor the Ideal O/Us lived up to their names. The partnership with Italian maker Sabatti didn’t work out, either, but Remington had a good O/U once, the 3200. Primarily a target gun, the 3200 had a sliding top latch action like the high-end Krieghoff K-32 and K-80 (it was a Remington invention), and there were magnum hunting models, too. Renewed interest in target shooting means the 3200’s time has come again and a 20-gauge, as well as a  women’s model would be nice additions, too.

Remington bought Parker in 1934 and stopped making the classic double guns in 1942. They did partner briefly with Connecticut Shotgun Manufacturing Company on a high-grade Parker in 2006, but maybe down the road they could make a double gun again. There is encouraging renewed interest in doubles among younger bird hunters. So, don’t go fancy. Instead, if that interest holds for enough years to get the pumps and semi-autos straightened out, maybe introduce a simple, elegant, field-grade 20-gauge VH or GH Parker double. That’s all speculation for the future, though. The job at hand is making good 870s again first.