Sportsmen have had a rough go of it recently. The future of public lands remains uncertain, loosened water-quality retractions could... 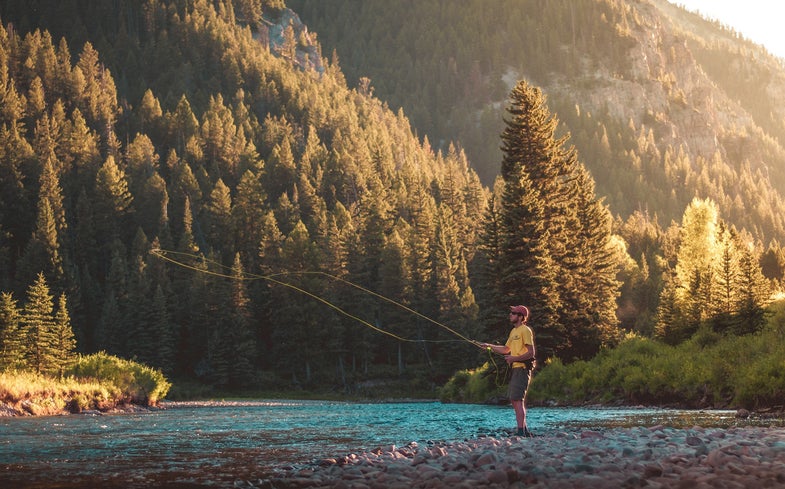 Sportsmen have had a rough go of it recently. The future of public lands remains uncertain, loosened water-quality retractions could jeopardize rivers and aquatic life, and the Trump Administration seems bent on expanding energy development on BLM land. The motivation behind these efforts is, largely, to spur economic growth, which conservation and resource protection has hindered, officials argue. Today, however, the Outdoor Industry Association released a report on the outdoor-recreation economy, the findings of which suggest that if elected officials wish to stimulate local economies, ensuring that outdoorsmen have access to untampered wilderness and clean streams, and that public lands remain public, would be in their best interest.

According to this year’s report, the outdoor-recreation industry generated a staggering $887 billion in consumer spending last year, up from $646 billion the year prior. Public lands, the report notes, are the backbone of the outdoor economy, which accounts not only for hunters and fishermen, but also bikers, boaters, hikers, kayakers, off-roaders, skiers, and other outdoor hobbyists.

Outdoor recreation generates more than the automotive and pharmaceutical industries, the report points out, and just shy of the $921 billion driven by the financial services and insurance industry. This year’s impressive gain is owed, in large part, to a law signed in December of 2016, which stipulated that the government must account for outdoor recreation as part of the national gross domestic product, a huge boon for the industry, giving it more political clout.

Here are some other highlights from the report:

Amount spent on outdoor recreation in the West and Alaska: $254 billion

Number of Americans employed directly by hunting and fishing: 483,000

Number of Americans employed directly by oil and gas extraction: 180,000

Number of Americans who participate in outdoor recreation each year: 145 million