Report: Redfish in Gulf Harmed by Even “Micro-Drops” of Oil

Seven years after the horrific Deepwater Horizon spill was finally shut down, I still can’t forget two quotes from that... 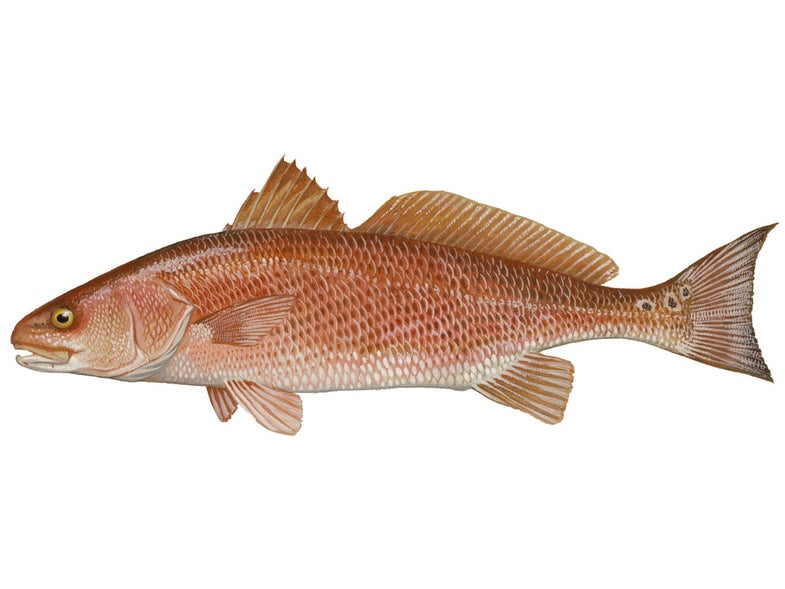 Seven years after the horrific Deepwater Horizon spill was finally shut down, I still can’t forget two quotes from that coverage. The first was from noted University of Miami oceanographer Jerald Ault, responding to everyone’s favorite question: What will the long-term effects be? “It’s like we’ve been put in this movie that no one has written the ending to yet,” Ault replied. “And it won’t be written for years.”

Now research in the journal Science of the Total Environment indicates the ending might not very happy for one of Gulf anglers’ favorite species: Redfish.

As reported by the Times-Picayune, the study found that even “micro-droplets” of oil, such as those that disperse after larger spills, can weaken hearts of larval reds and “cause skull and jaw deformities and can twist backbones upward, producing fish with awkward J-shaped bodies.” And these small amounts of oil are said to reduce cardiac functions of redfish by 70 percent. The findings follow earlier research that found similar results in the young of offshore species such as bluefin tuna, amberjack, and mahi-mahi—all of which congregate off the estuary of the Mississippi River where the spill gushed for months.

The redfish report was just the latest in a steady drumbeat of findings showing the extent of fish and wildlife killed by the direct and indirect effects of the spill. On the fifth anniversary of the disaster, the National Wildlife Federation compiled a list of the most obvious hits as determined by state and federal agencies. These included:

• In 2014, dolphins on the Louisiana coast were found dead at four times historic rates, and there is increasing evidence that these ongoing dolphin deaths are connected to the 2010 oil disaster.

• Between 27,000 and 65,000 Kemp’s Ridley sea turtles are estimated to have died in 2010, and the annual numbers of Kemp’s Ridley nests have declined in the years since the spill.

• Twelve percent of the brown pelicans and 32 percent of the laughing gulls in the northern Gulf are estimated to have died as a result of the BP oil spill.

• Oil and dispersant compounds have been found in the eggs of white pelicans nesting in three states—Minnesota, Iowa, and Illinois.

• Spotted seatrout, also known as speckled trout, spawned less frequently in 2011 in both Louisiana and Mississippi than in previous years.

• Coral colonies in five separate locations in the Gulf—three in the deep sea and two in shallower waters—are showing significant oil damage.

• Sperm whales are spending less time foraging in the area around the wellhead.

• Oil has been found in sediments deep in the Gulf of Mexico, in a 1,200-square-mile area surrounding the wellhead.

More importantly, the oil has done lasting damage to the wetlands habitat that is the engine driving production of the entire ecosystem, from oysters and shrimp to reds, specks, and waterfowl.

Research by the U.S. Geological Survey showed that the already staggering coastal wetlands losses being experienced in the estuary (2,000 square miles in 80 years) quadrupled after the spill in areas that were heavily oiled.

Sportsmen who call this magnificent habitat home (full disclosure: I am one of them) know this spill is the disaster that keeps on giving. We can see the tar balls littering beaches after rough weather, we mark the GPS locations of mangrove islands “disappeared” by the oil that killed the roots of these important plants, and we can see and smell the oil that still seeps into our boot prints when we walk the marshes to our duck blinds in certain areas.

All of which brings us to that second unforgettable spill-days quote: “Hey, there are risks in everything.”

This one was offered by countless members in the oil industry claiming “accidents will happen” and should be tolerated because energy is important. Now, if the results of those risks hurt only the oil companies, their stockholders, and employees, that logic wouldn’t be so offensive. But the consequences of their mistake impacted tens of millions of people in five Gulf states. And we still don’t know just how bad the ending is going to be to this horror flick.