The definition of what constitutes an accurate rifle has changed 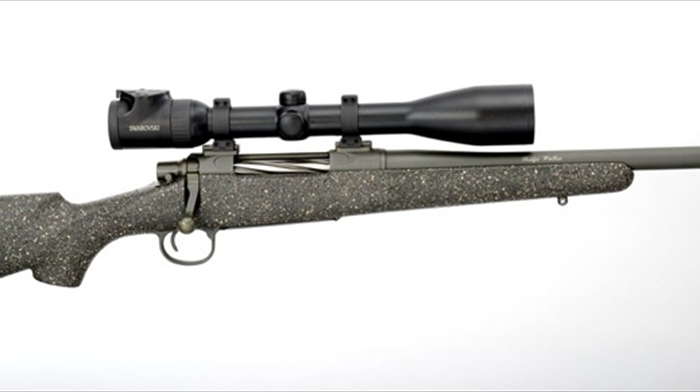 In a previous post, I established beyond the scintilla of an iota of a quark of doubt that rifles shoot much better than they did 20 years ago.

The next question, therefore, has to be, what changed? The answer is, a lot.

Most important, the definition of what constitutes an accurate rifle changed. When Kenny Jarrett began building big game rifles that shot down around the ½-inch mark, it was like Roger Bannister breaking the 4-minute mile. Before Bannister, it was thought to be unbreakable. After Bannister, high school kids started running the mile in under 4 minutes.

After word of Kenny’s brand of voodoo got around, people began asking their chosen gun makers, if a farmer in South Carolina who taught himself how to build guns can do this, why can’t you, and why should I give you my money?

Kenny used technology that had been around, in some cases, since the late 1940s. Nothing was secret. He simply decided that it could be done, and did it.

First, whenever he could, he used Remington 700 actions. The 700 (originally the 721) is a tubular action, and tubular actions are stiffer than Mausers and Model 70s, and less prone to flexing under recoil. Just about all of the newest bolt actions are tubular.

Then came the synthetic stock which, for the first time provided a light, truly stable platform for a barreled action.

Along with synthetics, around 1970 benchresters were using pillar bedding, which has proved to be the best method for ensuring permanent, rigid contact between receiver and stock.

Then gunsmiths (except for the guys who built fine, traditional wood stocks) gave up on the idea of full-length-bedding the barrel, and free-floated it from the chamber forward, which eliminates a major source of inaccuracy.

At some point, gun builders realized that in addition to rigidity, concentricity is important, so they began seeing to it that the barrels were concentric with the receivers.

In 2002, Savage introduced the Accu-Trigger which caused all gun makers to wet themselves, or worse. After decades of lawyer-designed triggers that were lawsuit proof (mostly) and also canceled out any chance of accurate shooting, the Accu-Trigger—which was little more than a good double-stage trigger—allowed not only a very light, clean break, but could not be made to go off accidentally.

In 1984 Noser introduced the Ballistic Tip, the first (I believe) successful polycarbonate-pointed hunting bullet. BTs were highly aerodynamic, quick expanding, and accurate beyond any game bullet seen to that time. Kenny Jarrett used Ballistic Tips by the metric ton, as did any gunmaker who wanted to show you a spectacular target. This led to an Agonizing Reappraisal in the bullet biz, and major ammo makers simply quit trying to match Nosler, Sierra, Hornady, Swift, et al, and used them instead.

Some factory ammo—not all of it—is infinitely better than it was 20 years ago, and some is so good that I can equal it with handloads, but cannot do better.

In 1968, Redfield introduced the 3200 Target Scope, the first high-power scope with internal adjustments. It could be had in 16X, 20X, or 24X, which was a ton of power back then. Prior to the 3200 if you wanted something in that magnification range, you got a Unertl or a Lyman Targetspot, which were beautiful instruments, but which were long, heavy, used fragile external adjustments, and were completely impractical for a hunting rifle.

Since lots of Xs are necessary for really small groups, this broke down another barrier. Pretty soon, you could get a regular hunting scope that went up to 12 power, and now the sky is the limit. Not only that, but scopes are infinitely better, both optically and mechanically, than they were 20 years ago. I think that Nightforce has been a major player here, giving everyone a good scare with how good their ergonomics are, and how their adjustments actually do what they are supposed to, and keep doing it. Progress in the optics biz, which used to come glacially, now arrives as a steady avalanche.

The question was asked in my post of October 5, whether we’ve hit the limit to accuracy, or whether 20 years from now someone will be writing that the rifles of 2036 are twice as accurate as the rifles of 2016. The answer is, I think we can go further, but once you get down beyond the ½-inch mark, things get very, very difficult. I see carloads of MoA groups, and bushels of sub-MoA groups, but I see a distinctly limited number of rifles that will shoot at the quarter-inch mark as a regular thing. Producing groups like that require a fine hand as well as a very good rifle.

But who knows? If you had told me back in 1981 when I started writing the Rifles department as a regular thing that I would one day be writing what I do here, I would have told you to get professional help quickly.

It is, as Sheriff Ed Tom Bell said, a time of signs and wonders.