This came up a couple of posts ago, so even though I covered the subject a couple of years back,... 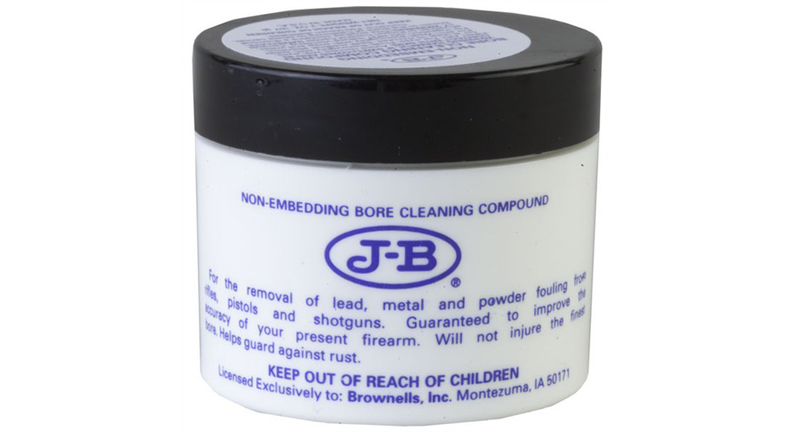 This came up a couple of posts ago, so even though I covered the subject a couple of years back, it’s worth taking another look. One blogger stated that “some copper in a bore is OK,” or words to that effect. Well, as Jules said in Pulp Fiction, allow me to retort.

Rifle barrels must have two characteristics if they’re to shoot accurately. The bore must be dead straight and centered*, and the rifling grooves, which can be anywhere from .002 to .006 deep, can’t vary in depth. If you watch a barrel maker lapping a barrel, one of the things he’s doing with that lead slug on the end of a steel rod is feeling for loose spots and tight spots and eliminating them.

So, think a minute about what a nice blob or a thick streak of copper, or copper alloy, does to that uniform barrel. There it sits, creating a tight spot, and a non-symmetrical tight spot at that, collecting even more copper every time the rifle is fired.

And it’s not done there. Copper, smeared on steel, can corrode the steel if there’s moisture present. This creates pits, which do a superior job of gouging jackets as bullets pass over them. Very often, a copper-fouled barrel will shoot OK until it’s cleaned, and then it won’t shoot worth a damn. The copper has covered up the pits, and when it’s removed, the bore looks like the surface of the moon.

The problem with allowing “some” copper in the bore is, how much is “some”? You can go on for a while living with your copper-plated bore, but sooner or later will come the day when your rifle sprays slugs all over the place, and then I can promise you that one hell of a job awaits you getting the copper out.

Shooter’s Choice powder solvent works, but it’s slow, and it stinks. Hoppes Bench Rest 9 also works, also slowly, and it really reeks– a sweet-sickly smell. Sweet’s 7.62 and Barnes CR-10 are both strong ammonia solutions that are faster-acting, but you must not leave them in the bore for longer than they tell you—15 minutes or thereabouts. I don’t use them because I’m afraid I’ll wander off and come back to find my bore nicely pitted. This is a criticism of me, not of them. Also, they stink of ammonia.

The only thing that I use now is J-B Bore Compound. It’s messy and it requires gobs and gobs of cleaning-rod time. In fact, you can develop very impressive deltoid muscles in one shoulder over the years.

No copper is my rule. Just to see if I was some kind of crazed anti-copper freak, I asked Jeff Sipe, who heads up Montana Rifle Barrel Company how much copper can be left in the bore. His reply was: “None is the answer. Copper is a soft metal, and it attracts other soft metal. So the worse your copper fouling is, the more quickly it’s going to get even worse than that. I scrub until I get a clean patch. Otherwise what’s the sense of putting in the time to clean the barrel?”

And the only way you’ll know for sure if you’re done is if you have a borescope. The best I know of are the Hawkeye scopes made by Gradient Lens Corp. Most models cost about as much as a good rifle, but they’re absolutely invaluable. Lyman now makes a borescope with a monitor, no less, that sells for only $200 and change, but I’ve never used it and cannot pronounce upon it. Looking down a rifle barrel with the naked eye is about a productive as wandering down a coal-mine shaft with no light on your helmet.

*Warren Page told me that one of the most accurate .30/06s he ever shot was a Husqvarna whose bore had been drilled diagonally through the barrel blank. He didn’t understand why this should be and neither do I.