Life’s pursuits usually boil down to a few simple rules. In shooting at distance, there are three: Make sure that... 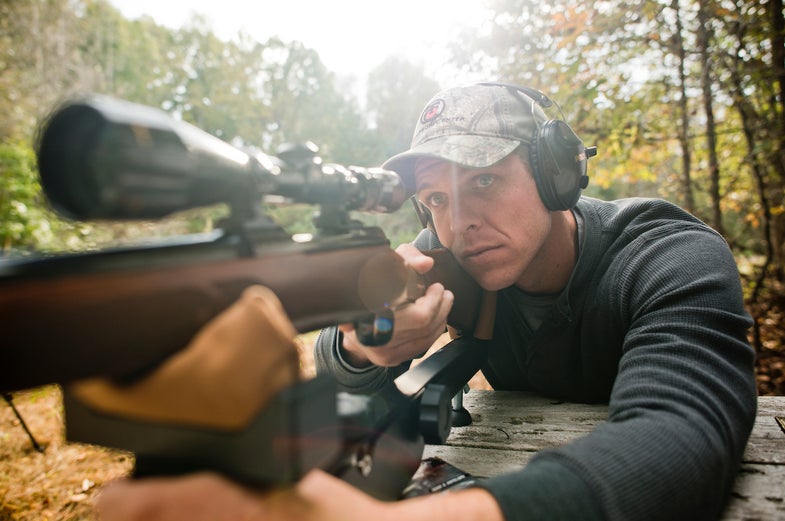 Find the sacred zero by sighting in on a day with perfect weather conditions. John Hafner
SHARE

Life’s pursuits usually boil down to a few simple rules. In shooting at distance, there are three: Make sure that when you mount your scope the horizontal crosswire is level; that when you aim, the rifle is not canted; and that you have a correct zero. This last may need some explaining. It means that when you sight in your rifle at 100 yards, or 200, that there’s nothing acting on the rifle or the bullet or your sight picture that will cause you to get a false point of impact. For example, if you’re shooting in a breeze that’s pushing the bullet to the right, you’ll compensate for it with clicks to the left, and then forget about it. Then, when you shoot on a windless day and your bullet hits left, you’ll wonder WTF?

With an incorrect zero, everything you do is going to be wrong, and the farther away your target is, the worse it’s going to be.

What you need is a Sacred Zero. You obtain such a thing by showing up at the range as early in the morning as the range will allow on a day when there’s not even a breeze and overcast skies—in other words, perfect conditions.

You’ll need a wind flag of some kind, or an anemometer. If it’s a flag, plant it a few yards downrange from where you’ll be shooting, not at the target. The reason is, the wind is able to exert its maximum effect on the bullet when it has time to push the bullet. Close to you, and there’s plenty of time to push. A few yards from the target and there’s no time left to push. Watch that flag. If it lifts, or flutters, hold your fire. If it won’t stop moving, consider shooting on another day.

Once you have a Sacred Zero, treat it as such. In the heat of battle you can put in clicks of elevation, or right and left windage, or come down, but never forget where Home is, and return to it without fail when you’re done. That’s why Nightforce invented its Zero Stop feature. The elevation knob on Nightforce scopes has a clutch that you can lock in place after you’re sighted in, and no matter how lost, confused, or misguided you become from cranking up and down, all you have to do is crank the elevation knob down as far as it will go and you’re Home.

And here’s some other advice that may be helpful: If there are no indicators of what the wind is doing (grass bending, cows flying by) watch the mirage. What it is doing, the wind is also doing.

If the mirage is boiling at the target, hold your fire until it dissipates. It won’t last for more than a few seconds.

You can get a rough idea of the wind speed by watching the angle of your wind flag and dividing it by 4. If the flag is standing straight out at 90 degrees, divide by 4 and you get 22 mph, which is a little too windy for me, thanks.

If the wind is coming from directly behind you, the bullet will rise on its way to the target. If it’s heading into your face, the bullet will be pushed down. One learns how much by shooting a lot, and you’ll learn a lot faster if you settle on one bullet early on and stick with it.

As a rule of thumb, highly aerodynamic bullets will drift far less than you think they should. If your slugs have a BC over .500, be very sparing with your left or right holdoff; the wind is not going to have all that much effect on them.