In the last five years, I’ve had to change my thinking on more rifle-related subjects than I have in my... 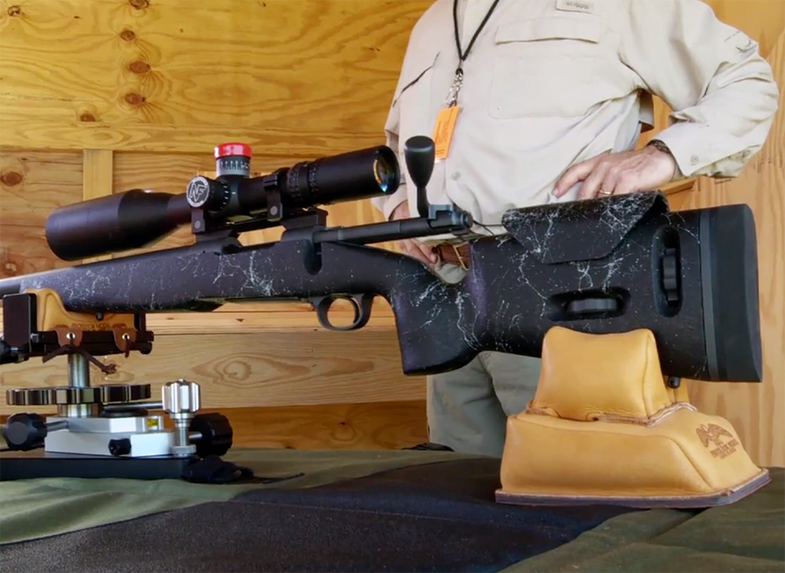 In the last five years, I’ve had to change my thinking on more rifle-related subjects than I have in my previous 50 years of shooting put together. The most recent one to do an about-face is a prejudice against very light trigger pulls in competition.

All this came about because one of my competitors, a truly accomplished rifleman, pointed out that for what we’re doing in F-Class, my 5X-25X scope was not powerful enough. In order to aim with the kind of precision you need to shoot good scores instead of mediocre scores, you have to have at least 30X on tap, and often, a lot more. So I looked at the way he shot, and the way I shot, and asked some other skillful people what they used, and bought a 15X-55X scope. I don’t expect to use 55X, but one does spend a lot of time in the 30X-40X range.

Gol dang if he wasn’t right. I mounted the new scope and shot the best score that I’d ever fired, and by a mile.

My all-knowing friend also asked about my trigger. “Three pounds and a couple of ounces,” I said. “A nice clean trigger that no one needs to be ashamed of.”

“No,” he said, “it’s way too heavy for your new scope. Try this. Put up a real small target at 600 yards. Crank the scope up to 40X and hold as tight as you possibly can. Then try to get a clean trigger break without disturbing your aim. You can’t.”

I tried, and sure enough I couldn’t. So I’ve ordered a nice 8-ounce trigger that you just touch to set off. However, I’m not going to install it and take it to a match right away. Something that light takes practice. You dry fire a lot, and then when you’re truly used to the thing, you use it for real.

Snipers use triggers that break between 3 and 5 pounds because they shoot under extreme stress and an accidental discharge in their line of work can have very unpleasant consequences. And for a big-game hunter, anything less than 3 pounds, I still believe, is just plain nuts unless you’re a dangerous-game hunter, and 4 pounds is not a bad idea.

In the days of my youth, 9X was the most you ever saw on a big-game rifle, and that was pretty exotic. My woodchuck guns, as I recall, might have a 10X on board, or a 12X Unertl, but no one dreamed of anything more powerful. The Marine Corps, for years, used a 3X-9X Redfield and then a fixed-power 10X Unertl on its sniper rifles. It was a low-magnification world. Who knew?