One of the pervading myths of shooting is that of the “brush-bucking” cartridge, or bullet, or whatever, that is supposed... 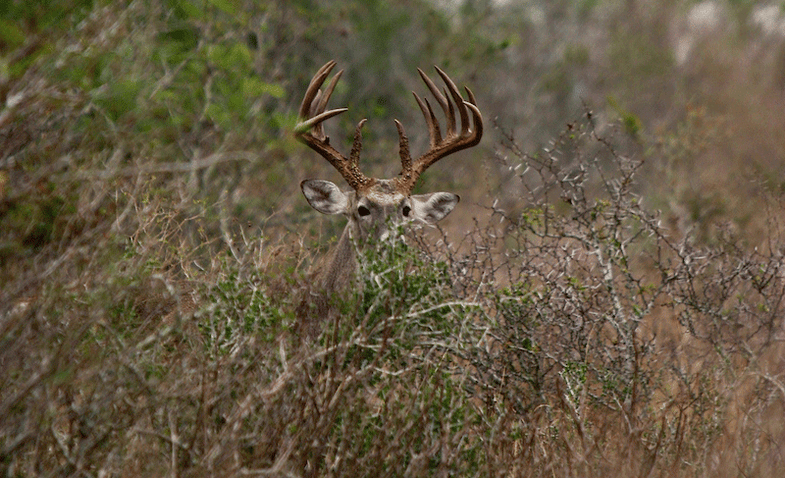 Pick a hole in the brush and shoot through it. If you can't find a hole, hold your fire. John Hafner
SHARE

One of the pervading myths of shooting is that of the “brush-bucking” cartridge, or bullet, or whatever, that is supposed to cut through the briars and the brambles and the branches and go right to the target. Sorry, no, it doesn’t exist.

This was brought home a couple of days ago at deer camp where a friend of mine took a shot at a hell of a buck with a .30/06, 165-grain bullet, and missed clean. The buck was maybe 100 yards away, and the bullet clipped a branch about the diameter of an index finger and missed absolutely cold. Bullets are operating under such enormous force that any pressure put on them is going to deflect them. Weight, shape, and velocity don’t seem to matter much. If there’s something in the way, you’re going to miss.

Many years ago, Colonel Charles Askins ran a deflection test and confirmed this. I believe he shot through a dried-up Christmas tree. Years later, Finn Aagaard tried the test and got the same result. John Wootters, shooting a .416 Taylor with round-nosed 400-grain bullets, had a slug deflected by a branch that cost him a very good buffalo.

Oddly, the most effective brush gun is one that shoots flat and has a scope on it that lets you see clearly what’s ahead of you. If you pay attention not only to the target, but what’s between you and the target, you stand a chance of connecting. Pick a hole in the brush and shoot through it. If you can’t find a hole, hold your fire.