Rut Report: Acorns Are the Ticket in the Northeast Right Now

We’ve been getting some good information on hunting conditions in the Northeast from our friends at Hunting Western Massachusetts (HVM).... 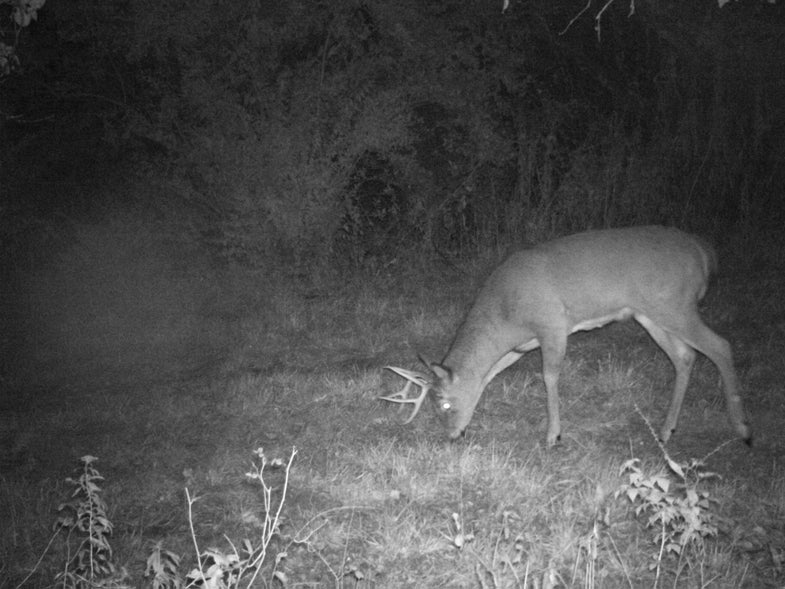 We’ve been getting some good information on hunting conditions in the Northeast from our friends at Hunting Western Massachusetts (HVM). While the Massachusetts archery season just opened Monday, HWM staffer Roland Matthews was hunting Connecticut’s Fairfield County recently and missed a nice 8-point. Despite the air ball, Matthews filed a solid report on hunting conditions in that area. “I saw the buck late in the afternoon on Saturday,” he says. “It was overcast with almost no wind. He almost didn’t seem to know what happened when I shot, so hopefully he’ll return. It started raining about 40 minutes later.”

Matthews says the acorn crop is spotty in his area. Some trees are loaded, but others aren’t dropping much. He says that there are basically no beechnuts this year, but the hickory trees are loaded, and the deer are hitting them. It’s been dry, so water sources are limited.

Len Kahle, who heads up the HWM team, is hitting it hard during Maryland’s opening week, and he sent us this quick report last night.

“We’ve been into the deer two days in a row now, and I can tell you, it’s all about the acorns,” he says. “Finding the spots that haven’t been cleaned up yet is critical. While my stand hunters are grumbling that they aren’t seeing anything because it’s too warm, the ground pounders are in the acorn groves are jumping deer left and right. Tomorrow morning we’re going in to a feeding area we scouted just yesterday. It had good acorns and it’s a spot we haven’t hunted yet. I’m looking forward to the hunt, and I’ll report when I get back in.”