Late November and early December mark the end of many gun seasons in the Northeast. Here’s a recap of the … Continued 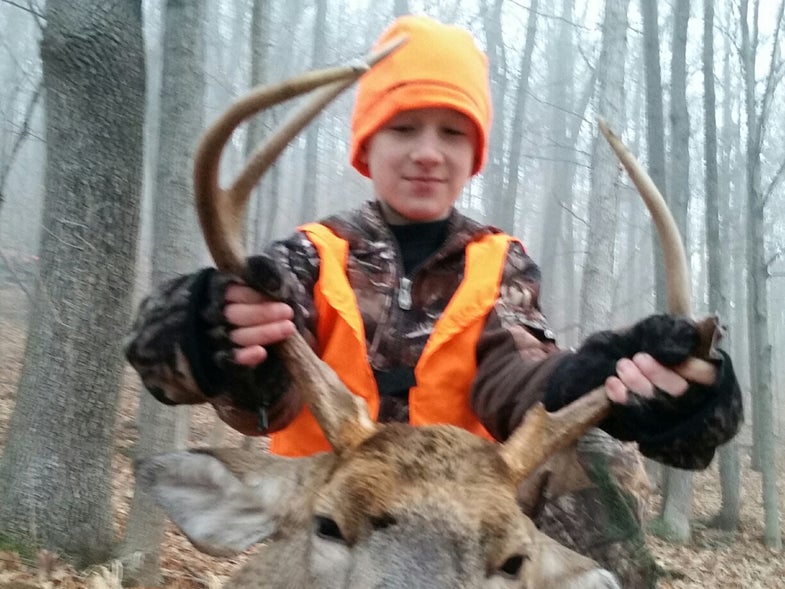 Late November and early December mark the end of many gun seasons in the Northeast. Here’s a recap of the action, and forecast for the upcoming days, in Pennsylvania and western New York from veteran hunter Scott Beebe:

The rut was in full swing when gun season began in western New York on Nov. 19. Colder temperatures brought in deer searching for acorns, green food plots, and any fruit-bearing trees still holding that last morsel. Snow helped lots of hunters tag bucks, and pushed deer to move even in the face of human pressure.

Pennsylvania’s gun season began on Nov. 28, with peak rut largely over. In my area of north-central Pennsylvania, the first bucks we saw were in no hurry to chase any does, and grazed like cattle through the acorns. It seems deer had fallen back into their feeding patterns, abandoning the breeding frenzy of the prior three weeks. We did find that some bucks were tagging along with single, fawn-less does.

The New York and Pennsylvania rifle seasons ended on the 10th, but throughout the Northeast, late archery and muzzleloader seasons will run until the end of the month and into January. Food will be the best chance you have to shoot that last-minute buck. There are still plenty of acorns lying on your favorite bench of a hill; green food plots might be another good food source, and apple trees still holding fruit could lure a rutted-out buck looking for a quick meal. Bucks are tired and hungry and seem to be only moving back from food in the mornings, and toward food right at dark.

The above photo is of Cole Adams, 13, who traveled four hours to hunt on his grandparents’ land. I guided Cole on opening morning of the Pennsylvania rifle season, and he shot this beautiful 3-1/2-year-old, broken-up 5-pointer. The buck weighed 215 pounds live weight, and dressed out at 165 pounds. Good Luck to all hunters during the few days left of rifle, and to all you brave souls who will hunt the late season with bows and muzzleloaders!