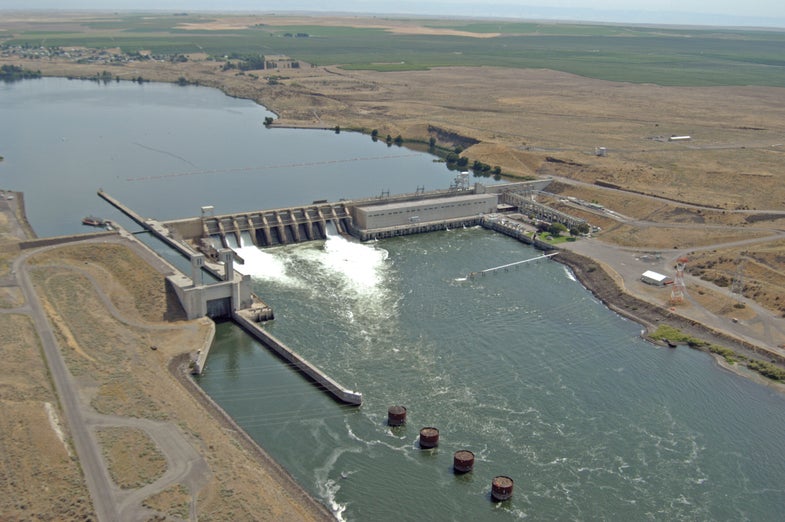 Last week, advocates for wild salmon asked a judge to suspend federal funding on 11 projects, totaling more than $110 million, on four dams on the Snake River. According to the Spokesman-Review, the projects, some of which are intended to lengthen the operational life of the dams, could be implemented during a court-ordered five-year review under the National Environmental Policy Act that could ultimately lead to dam removal to help threatened fish. In their motion, the National Wildlife Federation, along with a number of other environmental groups, claims that the money spent on these dams would create a conflict of interest regarding any decisions made on the future of the dams. Ultimately, the group argues that the money spent would dictate future regulations to mitigate potentially wasted funding spent on those dams.

Kevin Lewis, the executive director of Idaho Rivers United, said suspending the projects is necessary for a fair decision on the future of the dams in question. “Spending more than a hundred million dollars on federal dams that won’t be there if we take appropriate measures to restore wild salmon doesn’t make sense,” Lewis told reporters. “These kinds of investments should be suspended to ensure a level playing field for all of the alternatives agencies must consider, including the alternative of lower Snake River dam removal.”   Bruce Henrickson, a spokesman for the U.S. Army Corps of Engineers at Walla Walla, said his agency can’t comment on active litigation and declined to comment.

In May of last year, U.S. District Court Judge Michael Simon, who is also hearing the current litigation, issued a ruling requiring federal agencies to consider more alternatives, including dam removal, for salmon-and-steelhead restoration on the Snake and Columbia rivers. The ruling invalidated a 2014 biological opinion permitting the operation of the dams on those rivers. Simon argued that federal policy is not “trending towards recovery” and added that has led to “very little actual improvement in fish abundance.”