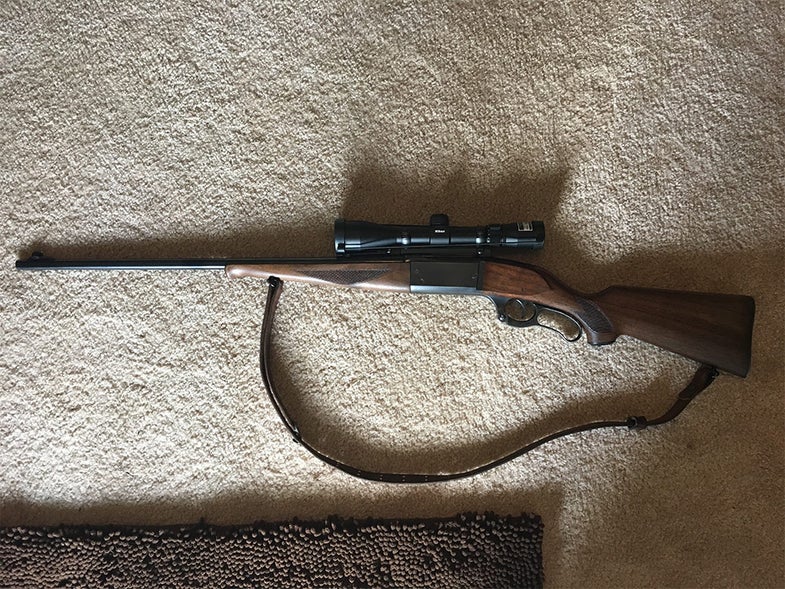 Travis would let his grandfather's 99 become a safe queen. He mounted a scope on the rifle, and it's now his go-to deer rifle. From Travis
SHARE

A few years ago, I visited the Savage factory in Massachusetts. Lining the lobby was a display of every gun Savage has ever made. I pointed to the Model 99 and asked, “Is there any chance you’ll ever make the 99 again?”

My host said, “People come up to me at SHOT and NRA and tell me, ‘You should make the Model 99 again. It’s the greatest rifle ever. I’ve got three.’ I ask them if they’d buy a new one if we made it. ‘Why would I?’ they reply. ‘I’ve already got three!’”

Everyone else, he pointed out, isn’t that interested in a lever action that would cost a great deal to make and, therefore, would cost a lot to buy.

The Model 99 is gone and it’s not coming back, but it had a good long run, which is all any of us can ask for. As a lever action capable of shooting powerful cartridges with pointed bullets, the 99 offered ballistics over and above what most other lever guns could provide. It was made for almost 100 years, from 1899 to 1998.

To emphasize the 99’s capabilities, Savage invented a red-hot cartridge for it—the .250 Savage, then known as the .250-3000 in recognition of the fact that it was the first factory load to achieve a velocity of over 3000 fps. Savage achieved that speed in part by using a light, 87-grain bullet, but never mind: by the standard of 1915, when it was developed, the .250 Savage was fast.

Here is my Savage 99 in .250 Savage. As far as I can tell it was manufactured in 1949, and was my grandfather’s favorite gun. I received it after his passing and had no intention of stuffing it in a safe, so I mounted a scope in the previously tapped holes. This gun is still a tack driver and a joy to shoot. It has become my go-to deer rifle.

Thanks to Travis for sharing his grandfather’s rifle, and for taking it into the field. Keep the old gun pictures coming to fsgunnuts@gmail.com.