Even a tiny found antler can have significance 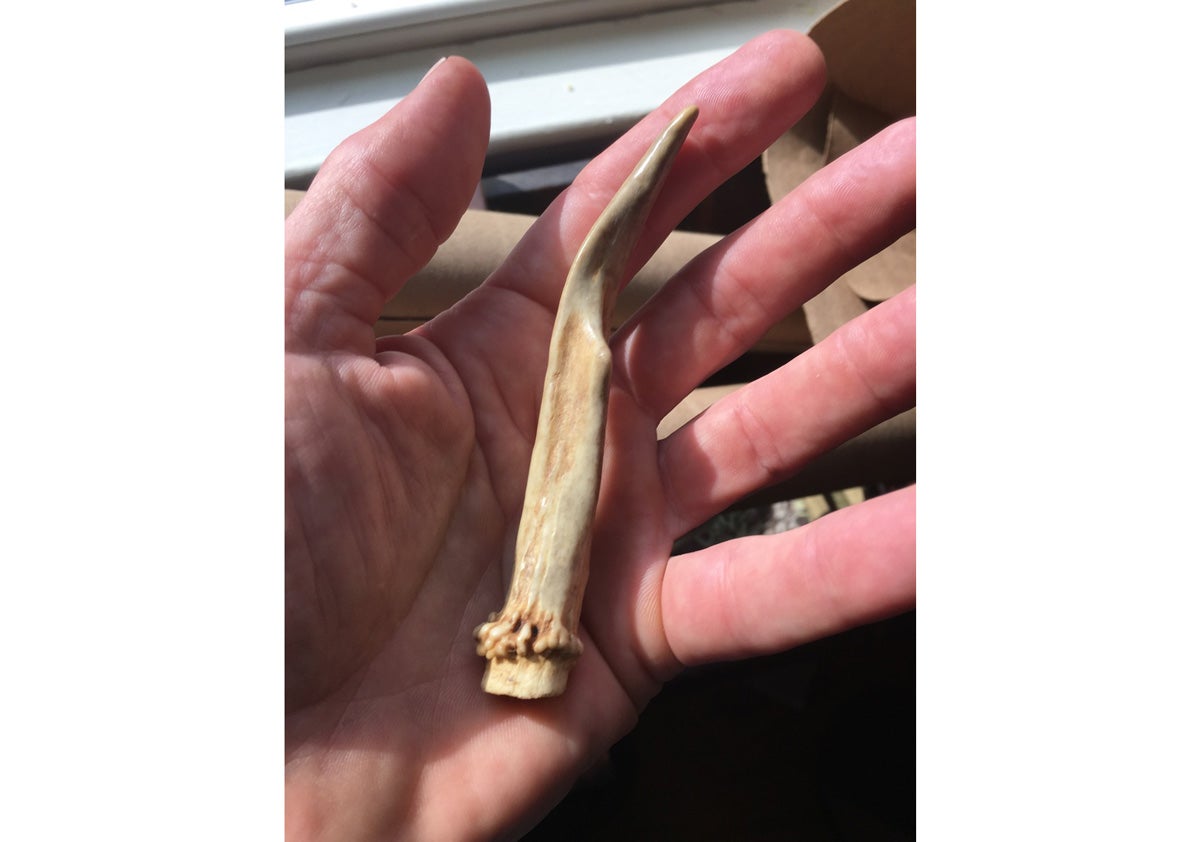 A shed, and a memory. By the author
SHARE

I’d like to recognize the dedication and weirdness of my fellow shed hunters, men and women who tramp the February woods looking for south-facing slopes, food sources, and bedding areas. We put in endless miles looking for that which the even deer no longer have any use for.

It’s a strange obsession, hard to explain to someone who wants to understand it, let alone to the many who don’t. In lots of ways, shed hunting is perfectly suited to crazy people. Those bitten will go out day after day, come home empty-handed, and keep going out. In other ways, shed hunting is an immaculate compulsion, as pure as music or painting or sculpture. Aesthetically, deer antlers are as beautiful as anything the natural world creates. They’re like the trunks of ancient trees, pheasant feathers, or chambered nautiluses. They’re palpable and improbable, and each is as unique as a fingerprint. Sure, they have their uses. You can turn them into buttons and toggles and chew toys. Outhouse handles, knife handles, and chandeliers. You can sell them, but work out the ratios of time to mileage to money and you’d do better thumping parking meters, which is what my friend Paula Smith does when it’s too miserable outside for a day of falling on your butt in the woods.

What deer antlers do best is both capture the imagination and soothe your busy hands. Paula has held on to her best matched sets for years, unable to part with them. She doesn’t display them. She just takes them out from time to time to feel them in her hands and to marvel that an animal walking around a few miles away could somehow grow them out of his head. And you don’t have to be a hunter to fall under their spell. Once, during a hunt, I was sitting on a log taking a water break for a few minutes before I realized that there was an antler lying right between my boots. It was tiny, just 4½ inches long—smaller than most brow tines. Later, I showed it to my mother and gave it to her to hold. After a moment, she asked, “May I keep it?”

Sure, mom, I said. “What is it about it that you like? What will you do with it?”

Mom died just over a year ago. Now the shed sits on my desk. Once in a while, I pull it out and hold it. It reminds me of her. I like the way it feels in my hand.